Construction investment drops over 45% in April

The public health measures put in place to slow the spread of COVID-19 severely impacted the construction industry in April as the largest provinces in the country shut down all non-essential construction sites. 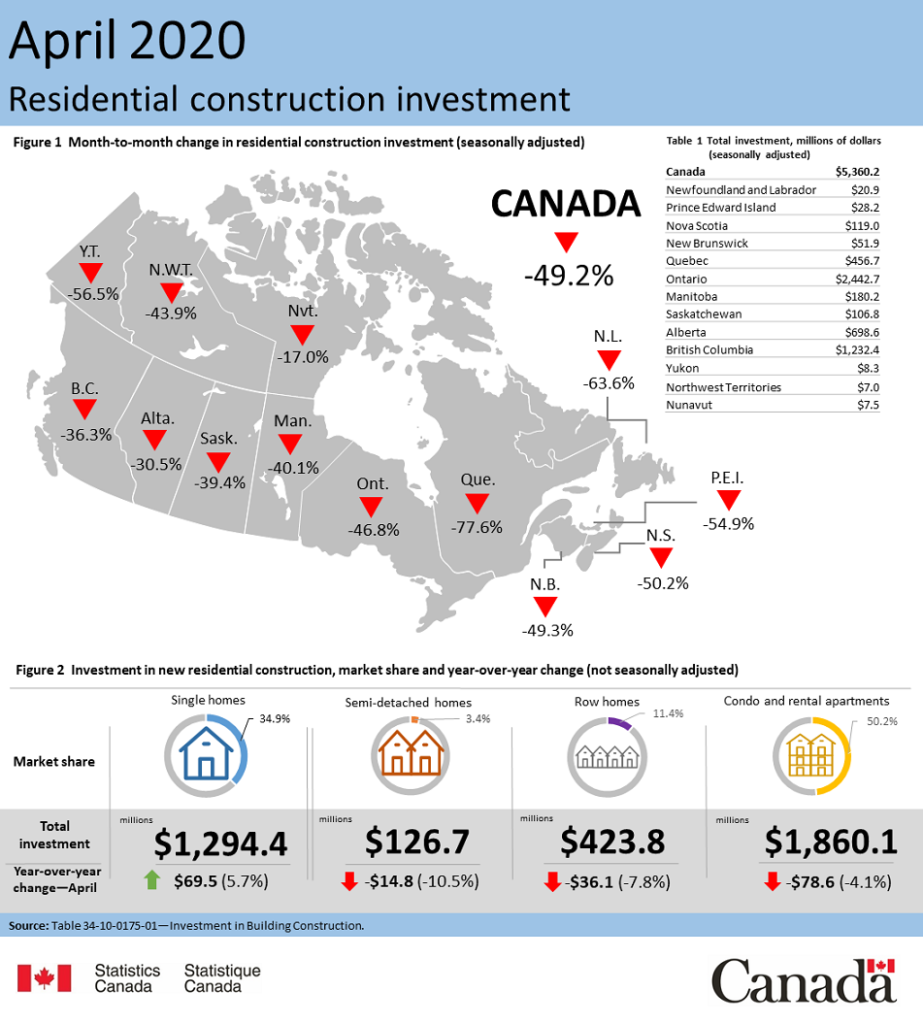 Month over month investment in building construction across Canada dropped 45.9% to $8.4 billion in April compared with March 2020.

Investment decreased in all provinces and territories, with Ontario (-$3.2 billion) and Quebec (-$2.5 billion) reporting the largest declines.

The public health measures put in place to slow the spread of COVID-19 severely impacted the construction industry in April as the largest provinces in the country shut down all non-essential construction sites.

All provinces and territories reported double-digit declines in residential investment for the month of April, with Quebec (-77.6% to $457 million) and Ontario (-46.8% to $2.4 billion) reporting the largest declines.

Declines in the residential sector varied by province, however, at a national level, the declines were felt more sharply in single family homes (-54.7%) than in multi-family dwellings (-43.5%).

According to the reporting, residential renovations largely ground to a halt across the country, with the exception of certain activities such as emergency and exterior repairs, as many projects were cancelled or deferred to comply with public health requirements.

Investment in the non-residential sector fell 38.8% to $3 billion in April compared with the previous month.

During this time, non-residential construction was largely shut down in Ontario and Quebec, while other provinces and territories allowed work to continue with strict public health measures in place.

The commercial component posted the largest decline (-49.4%), with notable decreases in Ontario (-$905.3 million) and Quebec (-$522.8 million). Saskatchewan, Nova Scotia and British Columbia were the only provinces to post gains for this component.