DND opts for energy performance contracts to get the job done 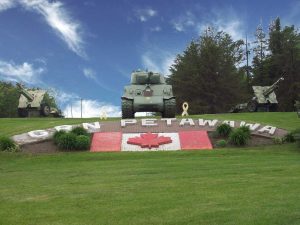 CFB Petawawa in Ontario is one of seven bases and wings slated for an energy efficiency makeover through energy performance contracts.

Seven Canadian Forces bases and wings across Canada are getting energy efficiency makeovers with the goal of reducing levels of greenhouse gas emissions from operations to match the national target of 17 per cent below 2005 by 2020. The upgrade costs will total between $100 and $175 million.

To date, the Department of National Defence (DND) has reduced its emissions to 8.7 per cent below 2005 levels for all its facilities. CFB Greenwood is among the top DND performers, as its current emissions levels are already 21 per cent below 2005 levels. Similarly, a case study was conducted with Canadian Forces Base Gagetown. The energy performance contract project reduced its consumption by 16 per cent.

The government is currently inviting bids for the energy efficiency contracts and will select contractors, determine the scope of each project and grant project approval later in 2016.

Companies that win the infrastructure improvement contracts will finance the projects themselves and will be paid using money from the resulting energy savings.