Overall investments in building construction reach $19.9B in Canada for month of April led by surging residential sector, while non-residential construction has not returned to pre-COVID-19 levels. 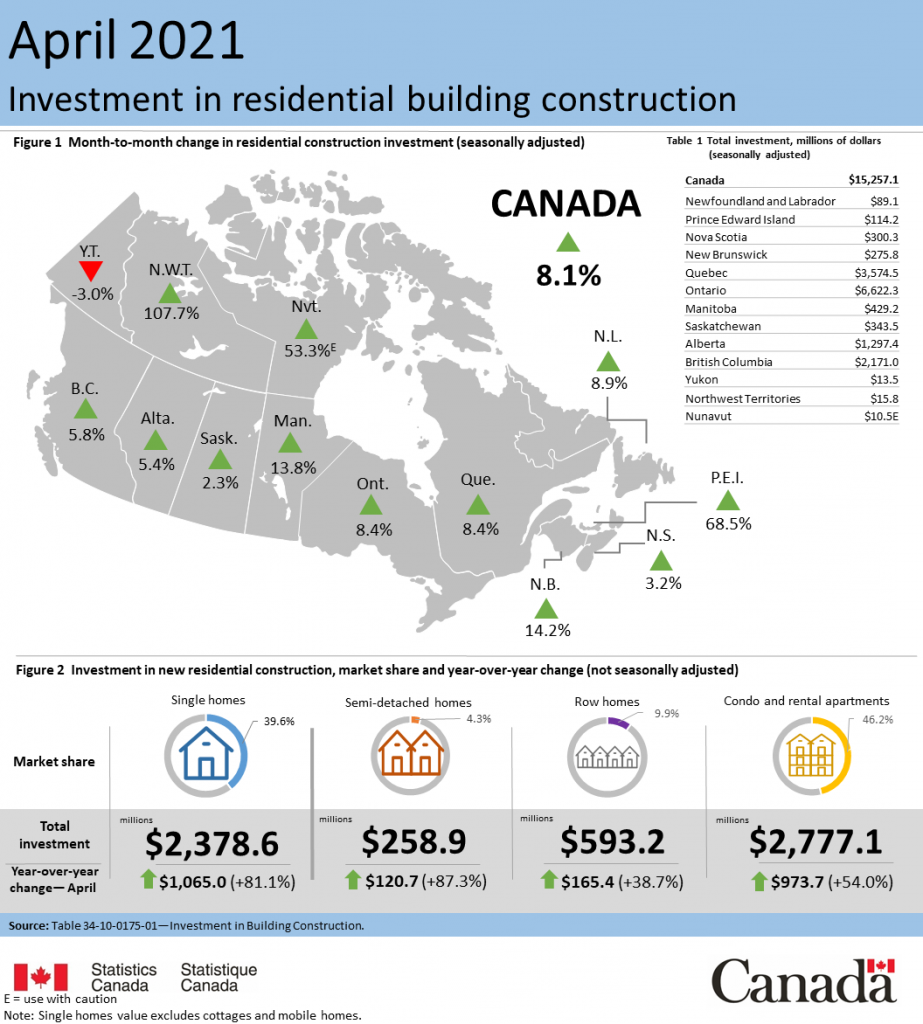 According to the latest update from Statistic Canada, the total investment in building construction across the country increased 6.3% from the month prior to $19.9 billion for the month of April 2021.

The month-over-month gain for residential construction investment was up 8.1%, for a total investment to $15.3 billion in April.

Investment for single-family homes was up 8.9%, as all provinces except Nova Scotia posted increases.

Ontario accounted for the majority of the growth (+12.8%), driven by renovation projects in the Toronto area and new construction in the Hamilton region.

Multi-unit construction rose 7.2% to $6.7 billion in April. Quebec posting the largest increase, with high-value projects such as an apartment building in the city of Lévis contributing to its 12.0% jump to $1.8 billion.

Investment in institutional construction was up 1.4% to $1.2 billion.

Industrial construction investment was up 1.8% to $847 million, and five provinces posted increases in commercial investment, edging up 0.3% in April. Only Ontario and Prince Edward Island have exceeded pre-pandemic levels, with PEI reaching a record high.