In October investment in the residential sector continued to strengthen for the sixth straight month, led by single unit construction in Saskatchewan.

The total investment in building construction across Canada remained relatively flat in October when compared with the previous month, according to the latest release from Statistics Canada. The dollar value edged down 0.4% to $15.2 billion for the month, following a 1.5% decrease in September.

Investment in commercial building construction accounted for the largest decline of the three components in October, down 4.7% to $2.5 billion. All provinces and territories were down, with the largest drop in Quebec (-13.4% to $443 million).

A decline of 1.7% was reported nationwide in industrial building construction investment in October. And institutional building construction investment reported a slight decline of 0.8%, again with the largest decreases seen in Quebec (-1.9%), followed by Ontario (-1.2%). Gains were seen in British Columbia (+2.2%) and Newfoundland and Labrador (+6.6%).

As opposed to the non-residential sector, investment in residential construction edged up 0.7% in October, a sixth consecutive monthly gain.

Single-unit construction investment led the growth, increasing 3.7% to $5.5 billion with every province reporting gains except for Prince Edward Island.

The largest gains were seen in Ontario (+3.3%) and Saskatchewan (+27.7%). Investment in the construction of single family homes was 7.7% higher in October than in February 2020, before the start of the pandemic.

Multi-unit construction investment, however, fell for the first time in five months in October (-2.1%) with declines in seven provinces. Manitoba (-24.6%) and Alberta (-9.2%) reporting the largest drops, while Ontario, Quebec and Prince Edward Island reported the only gains for the month in this component.

New construction and renovations for apartments in the city of Charlottetown contributed to the growth in Prince Edward Island. 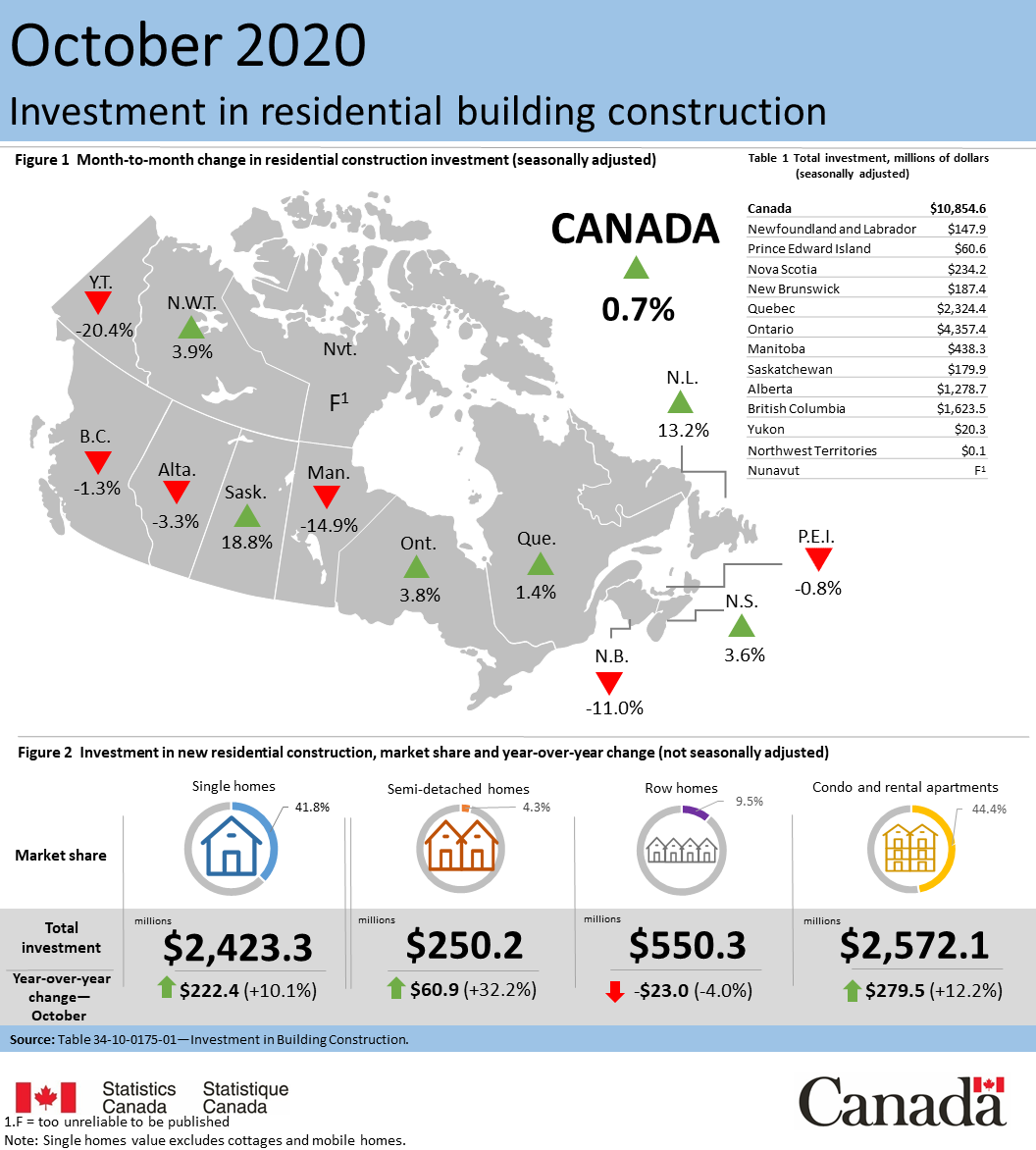