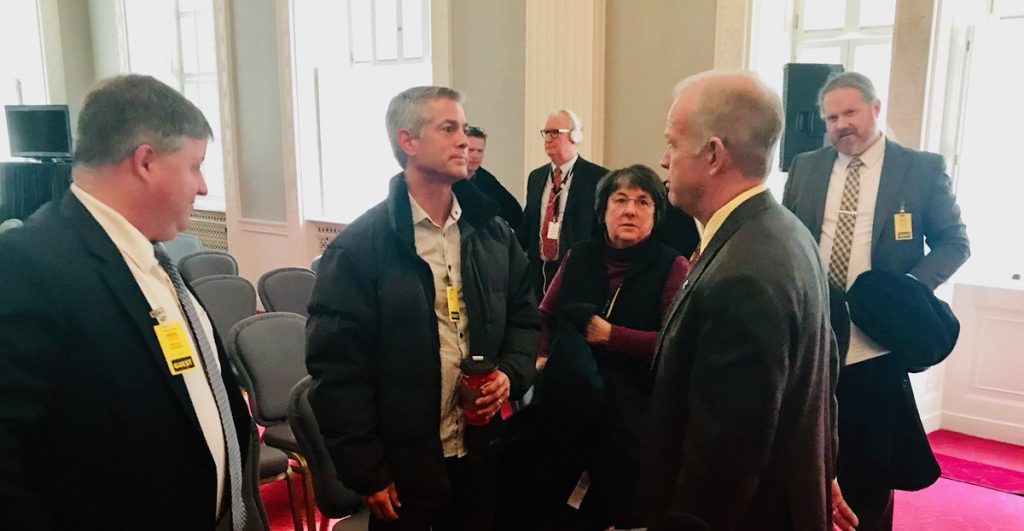 Minister of Justice Mark Furey joined by representatives from the sector for the introduction of the bill on March 15. (Photo: Nova Scotia Department of Justice/Twitter)

Nova Scotia is the latest province to introduce prompt payment legislation, which sets timelines to ensure construction businesses and workers are paid on time.

Among other changes, amendments to the Builders’ Lien Act–to be renamed the Builders’ Lien and Prompt Payment Act–will establish the rate of interest for payments not made. It will also provide the authority for establishing an adjudication process to resolve disputes faster when timelines are not met.

The provincial government stated there will be “extensive consultation” on the regulations before legislation comes into effect, beginning in the spring of 2019.

“We are extremely pleased that Nova Scotia will bring in legislation that establishes minimum standards and clearly articulates the rights and responsibilities of all parties to a construction project,” said Duncan Williams, president of the Construction Association of Nova Scotia. www.novascotia.ca