Value of Building Permits Decrease in May

The value of permits for multi-family houses dropped 20.6% to $3.3 billion in May, the lowest value since August 2020. 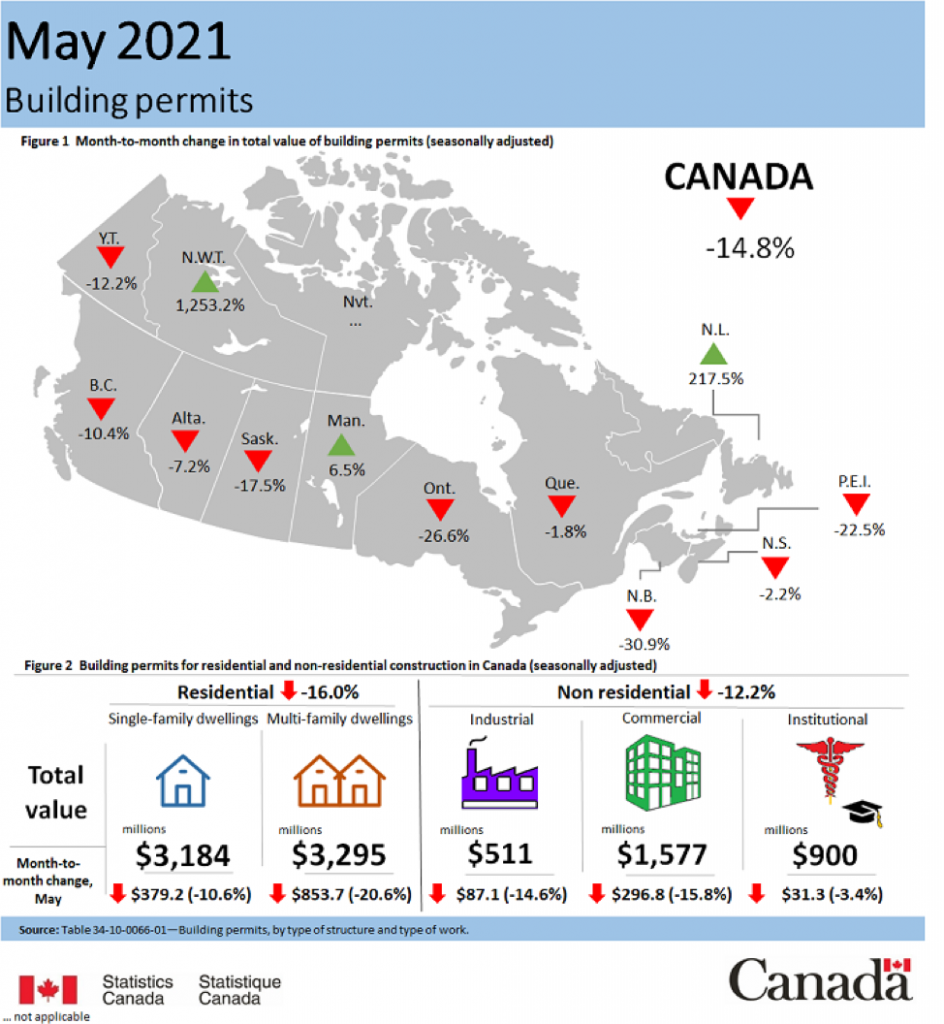 Compared with the previous four months of record highs, the total value of building permits dropped a staggering $1.6 billion (-14.8%) to $9.5 billion in May. Every sector was down, with multi-family homes in Ontario accounting for nearly three fifths of the overall decline in Canada.

The value of permits for multi-family houses dropped 20.6% to $3.3 billion in May, the lowest value since August 2020. Ontario was responsible for the majority of the decline.

All provinces except for Newfoundland and Labrador posted a decrease in the value of permits issued for single-family homes, which fell 10.6% across the country to $3.2 billion. Quebec accounted for almost half of the national decline, with fewer permits issued in municipalities outside of the census metropolitan areas.

Overall, the value of permits issued in the residential sector decreased 16.0% to $6.5 billion.

Residential permits drop due to Ontario and Quebec

Commercial permits also decreased 15.8% to $1.6 billion overall. Ontario saw a massive drop of 33.9% as no permit in excess of $25 million was issued for the province in May, compared with six in the previous month.

The value of permits issued for industrial buildings fell 14.6% to $511 million. Seven provinces reported a decline in this area, with Quebec recording the largest decrease. Quebec saw an uptick in April, largely due to a $105 million permit issued.

Institutional permits also saw numbers lower 3.4% to $900 million. Notable gains in four provinces, led by British Columbia and Manitoba, were not enough to counter a $115 million decline in Quebec.