Total building permits declined slightly by 1.7 per cent to $31.0 billion in the second quarter of 2021. 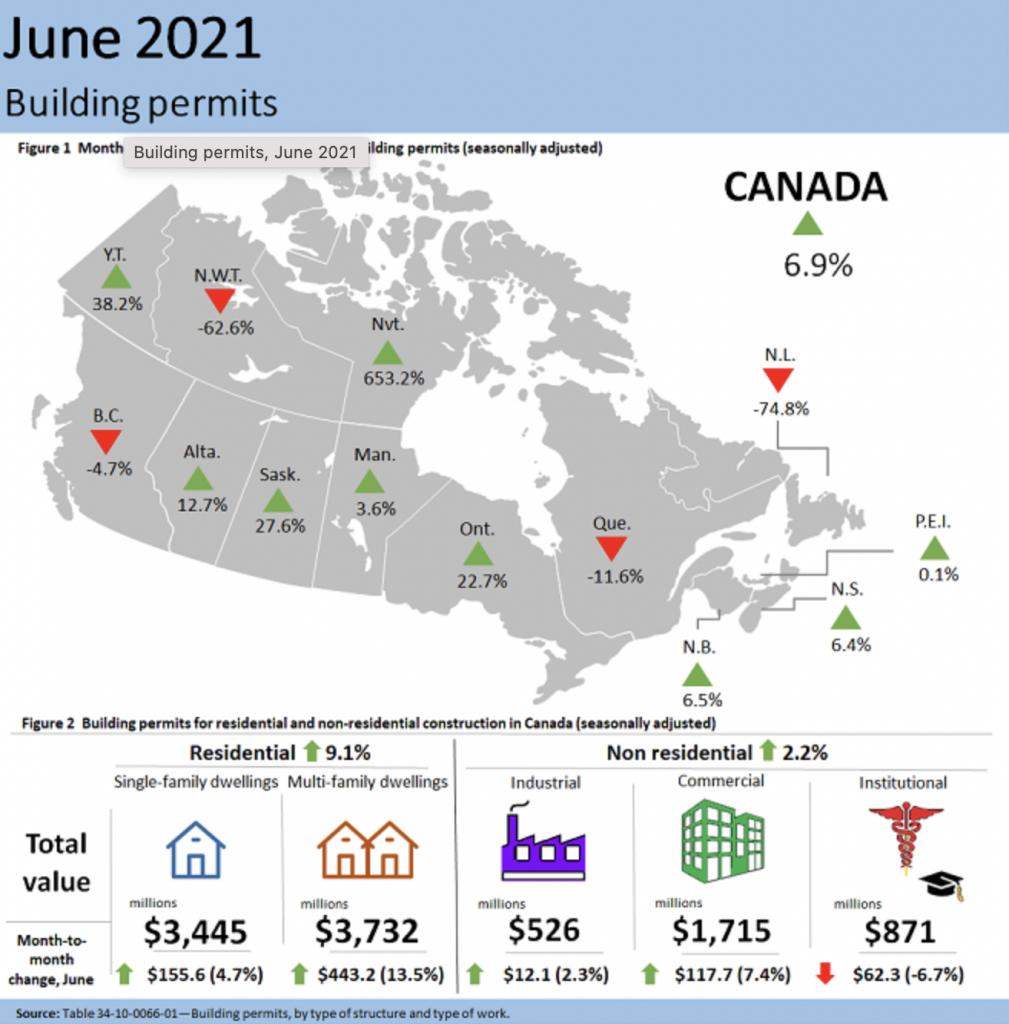 Statistics Canada has announced the total value of building permits increased 6.9% to $10.3 billion in June following a rapid decrease in May. Seven provinces contributed to the gain.

High-value permits for new apartment buildings in the census metropolitan areas (CMA) of Toronto and Hamilton helped push multi-family permits up 13.5% to $3.7 billion nationally in June.

Construction intentions for single-family homes increased 4.7% to $3.4 billion. Seven provinces saw gains in this component, led by Ontario and Alberta.

Construction intentions for the non-residential sector were up slightly rising 2.2% to $3.1 billion in June.

The institutional sector was down in June, falling 6.7% to $871 million, as Ontario’s notable decrease (-37.7%) drew down the national level.

Total building permits declined slightly by 1.7% to $31.0 billion in the second quarter of 2021 compared with the previous period. Despite this, the value of building permits remained the second highest on record and was 38.5% above the same quarter in 2020, which is said to be heavily impacted by COVID-19 restrictions in the construction industry.

The value of permits for the residential sector fell 4.2% to $21.4 billion in the second quarter. Permits for both multi-family and single-family homes dropped, with seven provinces reporting decreases.

Construction intentions in the non-residential sector rose 4.5% to $9.6 billion. Although second-quarter values exceeded the values in the first quarter of 2020, non-residential permits remained below the quarterly levels of 2019. Among the non-residential components, institutional permits increased for a fourth consecutive quarter, boosted by large projects in the education and health care sectors.