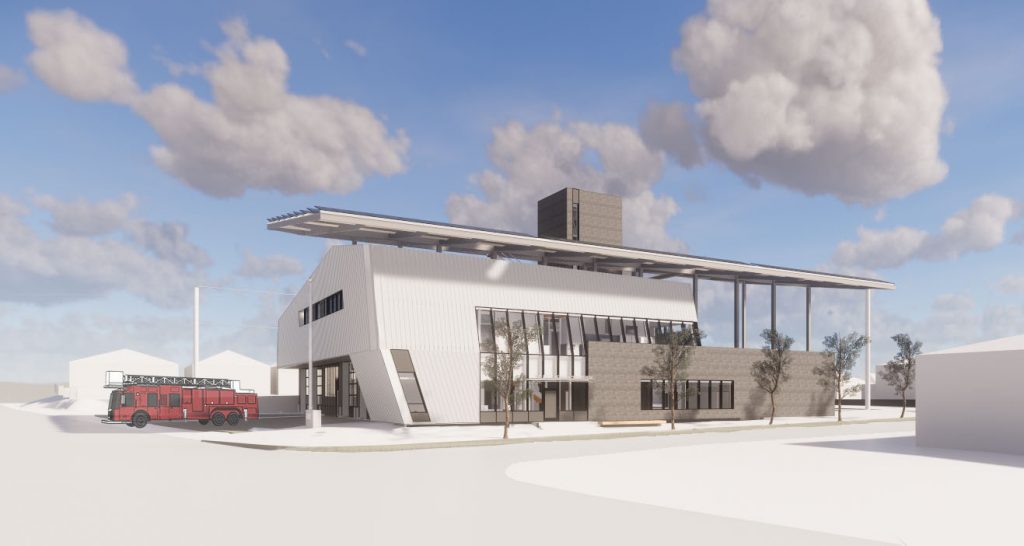 The project is one of the first City of Vancouver-owned buildings being designed as part of the City’s Zero Emission Building Plan, adopted by council in July 2016. (Photo: HCMA Architecture + Design)

The City of Vancouver will replace its aging fire hall No. 17 with a newly constructed building designed to Passive House Standards.

Along with a small group of projects, the hall is part of the Canada Green Building Council Zero Emission Building standard pilot, which aims to use green building performance standards to reduce greenhouse gas emissions from commercial buildings.

The fire hall project aims to reduce heat loss from the building by over 70 per cent. It will use a geo-exchange system and generate on-site renewable energy using solar photovoltaics.

At twice the size of its aging predecessor, it will include provisions for a training hall with four drive-through apparatus bays, a full size hose/training tower and a training yard, as well as accommodation for a two-crew operation. The hall will be built to a post-disaster standard and serve as an emergency hub and a secure location for city IT services.

The project received a grant and loan from the Federation of Canadian Municipalities’ Green Municipal Fund to go beyond a zero emissions standard and increase on-site renewable generation to achieve a net zero energy standard. www.nrcan.gc.ca