The new sensor is smaller than a nickel and could retail for one tenth of the price of current leak detection devices on the market. 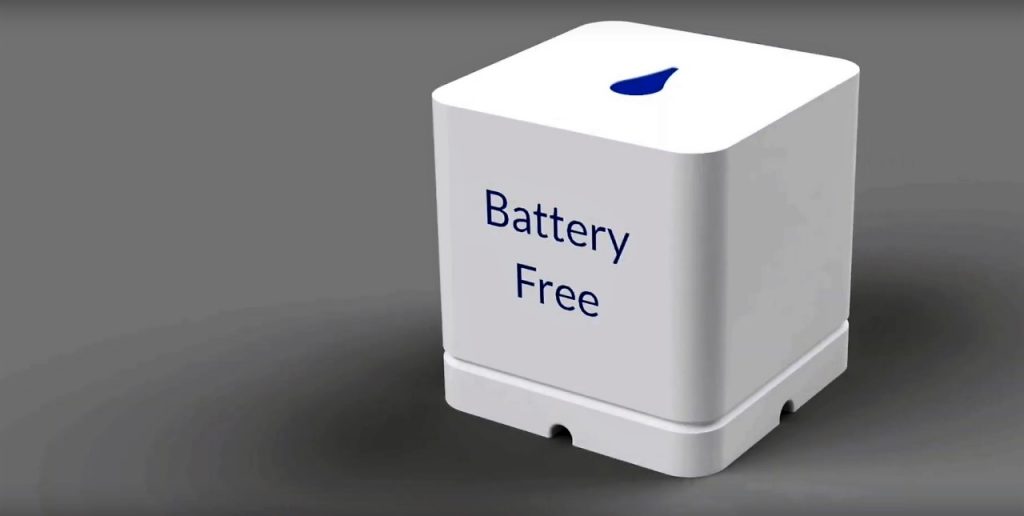 Researchers at the University of Waterloo have developed a battery-free sensor to detect water leaks in buildings at a fraction of the cost.

The tiny sensor uses nanotechnology rather than clunky batteries to power itself and send alerts to smartphones when exposed to moisture. By eliminating a battery and related circuitry, researchers estimate their sensor could be commercially produced for less than $5.00 each, approximately one tenth of the cost of current leak detection devices on the market.

“One of the big issues related to water damage in buildings is that owners don’t install enough sensors because they are too expensive,” said George Shaker an engineering professor at Waterloo, in a release. “The much lower cost of our sensor enables the deployment of many, many more to greatly improve protection.”

The new sensor is smaller than a nickel and measures five millimetres in diameter. It is comprised of stacked nanoparticles which, when exposed to water, triggers a chemical reaction that produces enough electricity to power a wireless radio and additional sensors to record environmental conditions such as temperature. The wireless radio and other sensors are on a circuit board packaged with the leak sensor in a box just three centimetres square.

“We harvest the energy that is created when the sensor is exposed to water and that energy then powers the electronics to send an alert to the user’s cellphone via the internet,” said Norman Zhou, a mechanical and mechatronics engineering professor at the university, in a release.

In addition to being cheaper, the new sensors are environmentally friendly, reset after use, can be installed in hard-to-reach places – including otherwise inaccessible areas during building construction – and require much less maintenance.

While they are exploring commercialization, researchers are also pursuing additional applications for the underlying technology, including in diapers for the elderly and in bandages to detect wound leakage after surgery.

“We believe this has the potential to solve several important problems,” Shaker said.