Robert Bean and Tim McGinn, both of Calgary, honoured as Fellows of ASHRAE.

During its 2022 Winter Conference in Las Vegas held in conjunction with the AHR Expo, ASHRAE (the international society of heating, refrigeration and air conditioning engineers) recognized the outstanding achievements and contributions of members to the society. 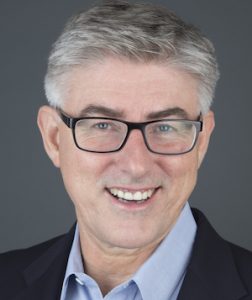 This year ASHRAE honoured 25 members with the distinction of Fellow, a recognition for those who have attained distinction and made substantial contributions in HVAC/R and the built environment. Among those honoured this year were two Canadians: Robert Bean, president (retired) of Indoor Climate Consultants in Calgary, and a long-time contributor to HPAC Magazine; and Tim McGinn, P.Eng., principal, McGinn Technical Services in Calgary, currently a vice president on the ASHRAE Board of Directors.

A Canadian team was also among the winning contestants in an ASHRAE Student Design Competition. Coincidentally this year’s student challenge focused on a new 50,000 sq. ft. building on a higher education campus in Prince George, B.C. with a two-story cafeteria, commercial kitchen and storage space. The teams were tasked with providing safe storage of food while still providing enough kitchen/server space and permanent seating to serve a peak occupancy of 720 students and a total of 3,000 students per day.

For a complete list of this year’s ASHRAE award winners from around the world visit ashrae.org.