XNRGY Climate Systems, a Montreal-based HVAC engineering and manufacturing start up, has received a $75 million investment from Cerebrus, a U.S. private equity firm.

The investment, which was announced by Cerebrus on Jan. 14, will be doled out over a three year period. In total, the initiative will allow XNRGY to build a new head office, develop custom-designed air handling units and is expected to create more than 250 new jobs in the Montreal area.

“Cerebrus sees a significant opportunity to partner with forward-looking companies to lower the energy consumption of their cooling equipment, which can account for half of a company’s power expenditures,” said Wais Jalali, chairman of Cerebrus, in a company release.  “XNRGY’s state-of-the-art systems will allow data centres not only to shrink their carbon footprint, but also to reduce their energy-related costs, which can represent as much as 70 per cent of their operating budget.” 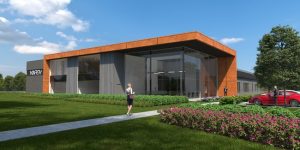 Over the span of the project, XNRGY is planning to build a 350,000 sq. ft facility located on Montreal’s South Shore, a strategic choice for its global headquarters, as many cloud providers have migrated to the area in recent years. The facility is slated to be operational and delivering its first systems by Q4 2020.