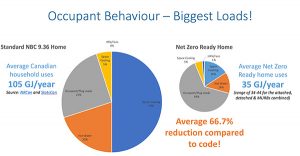 The HVAC and plumbing industry in Canada is in for some profound changes with the coming wave of new building codes, policies and regulations. All levels of government–federal, provincial and municipal–are pushing hard to go green and reduce the impact of greenhouse gas emissions and climate change.
Since the federal Liberal government was elected in 2015, there has been newfound attention placed on environmental and climate change issues that was absent during the Harper years. There is also a renewed cooperative spirit between federal and provincial governments. The recent Energy Mines and Ministers’ Conference (EMMC) is an example of this. 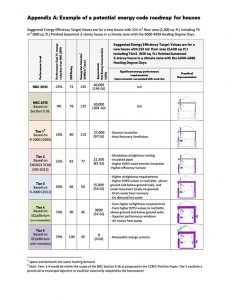 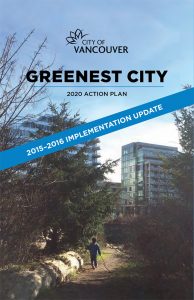 Vancouver City officials deny that this is a “ban on Natural Gas” but this is effectively what will happen. Many concerned industries, gas utilities and citizens have objected to Vancouver’s plan due to the potential for supply issues and dramatically higher energy costs.
Not everyone is against Vancouver’s Zero Emissions plan however, as the Pembina Institute recently stated:  “We think the city’s Zero Emissions Building Plan will serve as a blueprint for the rest of BC and beyond. In addition to reducing emissions and energy use, the plan will lead to improvements in the quality of homes and buildings. This plan will be an important catalyst in the local, clean, low-carbon economy”.
So far the City of Vancouver has not shown any signs of backing down to those who object to their plan. Only time will tell how this plays out in Vancouver and other jurisdictions.
The low-energy, water-conserving building is here to stay and will only see tighter requirements come into effect as time goes on. The Climate Action Plans of many levels of government are pushing this agenda forward fast. This will lead to many changes, challenges, and new opportunities for the heating and plumbing industries in Canada.

Plumbing codes tighten up water usage
The plumbing industry is also experiencing changes as a result of the committed focus on efficiency and conservation. Water-use efficiency is an objective within the 2015 National Plumbing Code. Mandatory water-use requirements are being introduced for plumbing fixtures and fixture fittings that include toilets, urinals, lavatory supply fittings, kitchen supply fittings and showerheads. For toilets the new maximum water usage per flush cycle have been set at between 4.8 and 6.0 Lpf, with urinals limited to 1.9 Lpf. 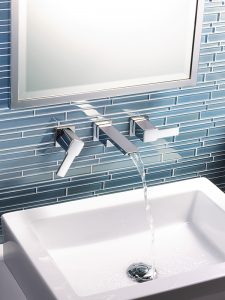 The water usage will depend on the type of application. Lavatory and kitchen supply fittings will be limited between 1.9 and 8.3 L/min flowrates, while shower heads will be limited to 7.6 L/min. Another method of conserving water is to use a rainwater harvesting system, which are currently being installed and regulated in a number of Canadian jurisdictions. To address this, proposed enabling requirements have been developed for the 2020 edition of the NPC.
In the low-energy buildings of the future, wasting water will be discouraged as much as wasting energy.

ert Waters is president of Solar Water Services Inc., which provides training, education and support services to the hydronic industry. He is a mechanical engineering technologist graduate of Humber College and has over 30 years experience in the hydronic and solar water heating. He can be reached at solwatservices@gmail.com.