Think ahead: What will hydronic systems look like in 25 years? 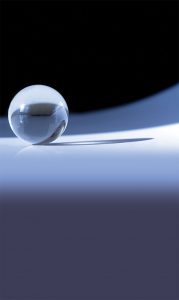 Although I have worked with hydronic heating for four decades and designed systems around just about every possible heat source, I would be hard pressed to predict what might be available as hydronic heat sources 25 years from now. Fifty years from now I doubt that I will be predicting anything, and yet, hydronic heating, in some form, will hopefully still exist. If comfort, efficiency, and lasting value, rather than first cost, become established as the market “drivers” hydronics might even be the dominant method of heat delivery. Imagine that.
By the latter half of the 20th century, the North American hydronics industry got used to the fact that some hydronic heat sources could last for several decades. It was not uncommon for a well-applied cast-iron boiler to have a useful life of 30 to 40 years. These boilers usually became technologically obsolete before they were incapable of operating due to some major failure. This was just fine when fuel prices were reasonably cheap and stable, and product development occurred at a somewhat slower pace compared to today. Back then, most North Americans cared little about the “box in the basement,” provided it responded when the dial on the T-86 got turned up in the fall.
Today, some fuel costs are approaching 400 per cent of what they were 15 years ago. Predictably, more consumers are interested in what’s happening within that box in the basement. Our industry has responded with a wide spectrum of heat sources from boilers, to heat pumps, to solar collectors. Still, you won’t find many manufacturers, who, in all candor, will tell you these contemporary heat sources are likely to last over 20 years.
In contrast, a well-designed, correctly installed, and properly maintained hydronic distribution system can last for many decades, potentially even longer than the building it is installed in.
So, based on these differences in expected life, it appears likely that most of the hydronic distribution systems currently being installed will be supplied by different heat sources over their useful life. This raises an obvious question: What can designers do today to ensure that the distribution systems they create are compatible with future heat sources?
The answer should consider the materials used in the system, how the system will be maintained, and at what conditions will the system operate?
From the standpoint of materials, most of the present-day polymer tubes, when applied at temperatures and pressures well below their maximum ratings, should last upwards of 100 years. I have even heard speculation of 200-year lifetimes for PEX. To achieve such lives, these materials should be installed so that they are not abraded due to expansion/contraction movement. They should also be protected from ultraviolet light, and not exposed to hydrocarbon solvents. In my opinion oxygen barrier tubing should be used on all hydronic systems.
Copper and copper alloys such as brass should not be exposed to acids such as contained in residual soldering flux, or degraded glycol antifreeze. They should also not be exposed to water with high concentrations hydrogen sulfide. Flow velocities in copper tubing should be limited to four feet per second.
All piping circuits containing soldered copper or threaded iron or steel piping should be internally cleaned with proper hydronic detergents to remove residual solder flux and cutting oils that would otherwise remain in the system, potentially causing corrosion or impaired thermal performance due to fouled heat transfer surfaces. Systems should be operated with demineralized water. When glycol-based antifreeze is used it should be tested annually to verify a pH between 7.5 and 8.0.
Magnetic particle separation should be used to gather up iron oxide and allow it to be periodically flushed from the system. This is especially important for the new generation of circulators using permanent magnet motors.
From the standpoint of design, the concept can be summarized with three words: low water temperature.
The one prediction that I am willing to make about future hydronic heat sources is that they will operate best at low water temperatures.
So, when you size up radiant panels, panel radiators, and even fin-tube baseboard, I recommend that you design all you hydronic heating systems so that they can supply design load conditions using water no warmer than 120F (about 49C). Even lower supply water temperatures are preferred when possible and practical. This allows those distribution systems to be compatible with a wide range of contemporary hydronic heat sources.
I urge those who design hydronic systems to think carefully what your systems will look like 25 years, or perhaps 50 years from now.
Will those who install the next heat source in these systems see that you considered the long lifespan of a well-planned and easily maintained distribution system, or will they find it necessary to “shoe horn” in supplemental heat emitters?
Will the controls that operate this system still work, or will they add to the growing tonnage of electronic waste that we are already producing?
Are your present distribution system designs truly “sustainable,” or will they succumb to a “tear out and replace” by the next generation of hydronic pros? Do what you can now to “future proof” the hydronic distributions systems you create. Those who follow will appreciate your forethought. <>