The unique industry-run Refrigerant Management Canada program continues to be the only program of its kind in North America. 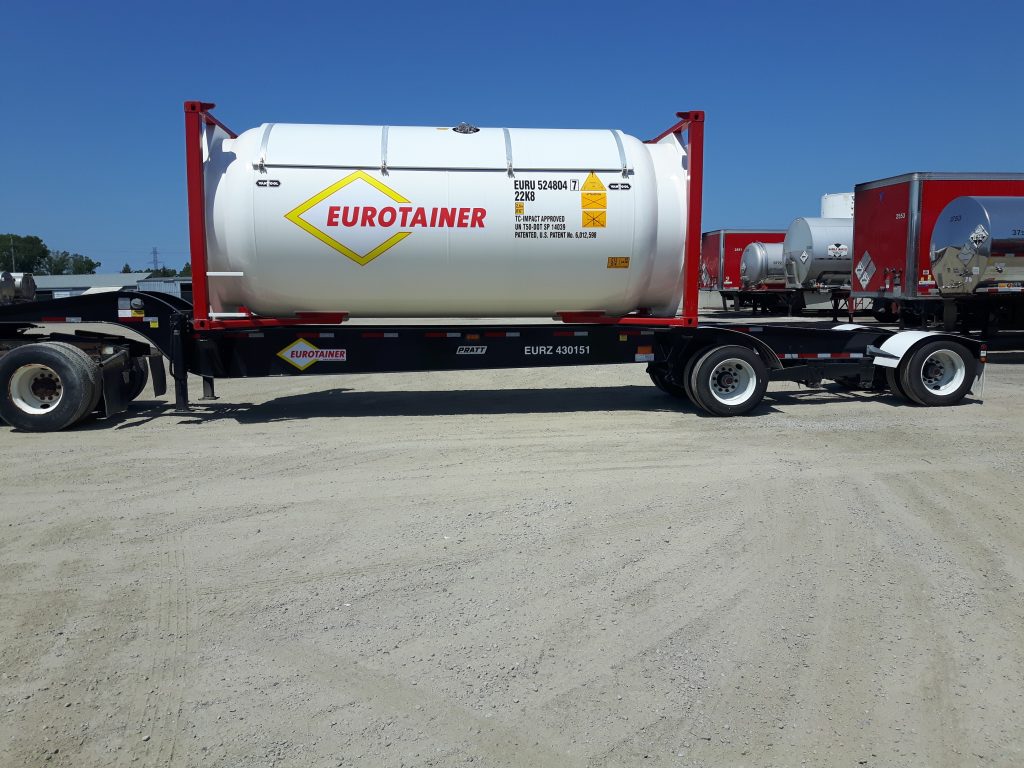 A typical portable ISO tank container that will carry around 13,500 kg of collected refrigerant off for incineration.

In October of last year NASA reported the hole in the ozone layer located near the South Pole was the smallest it has been since first being discovered in the 1980s. There are multiple contributing factors, including mild temperatures in the stratosphere last fall, but scientists agree the global phase out of ozone depleting substances is having a positive effect.

The Canadian HVACR industry can take pride in the role it’s playing in the phase out of these harmful chemicals through the creation of Refrigerant Management Canada (RMC), a self-sustaining program developed by the industry to collect, manage and destroy harmful refrigerants used in the HVACR industry. A not-for-profit corporation run as a subsidiary of the Heating, Refrigeration and Air Conditioning Institute of Canada (HRAI), this year RMC celebrates its 20th anniversary.

“Refrigerant Management Canada has a 20-year history of servicing the HVACR industry in Canada. Its offerings are unique globally and ensure the safe disposal of surplus refrigerants,” says Sandy MacLeod, president/CEO HRAI. “The model has worked and has benefited the industry and it is a perfect example of industry self-regulation.”

In 2007 the program received a Best of the Best Stratospheric Ozone Protection Award from the U.S. Environmental Protection Agency (EPA).

In 1987 Canada signed the Montreal Protocol on substances that deplete the ozone layer. The international environmental treaty called for phasing out the production and consumption of ozone depleting chemicals common in refrigerants including chlorofluorocarbons (CFCs) and hydrochlorofluorocarbons (HCFCs). To this day the Montreal Protocol is the only UN treaty that has been ratified by all 197 UN member states.

As a signatory to the Protocol, Canada needed to develop a plan to manage substances still in use. In 1998 a federal-provincial working group on ozone depleting substances approached the HRAI for assistance in developing a stewardship program. An HRAI task team of industry representatives, after establishing commitments with key refrigerant suppliers to support the proposed funding approach, ultimately launched Refrigerant Management Canada on January 1, 2000.

The program funding comes from an environmental levy remitted by refrigerant manufacturers, importers and reclaimers of ozone depleting refrigerants sold to the HVACR industry.

Subsequently, the Kigali Amendment to the Montreal Protocol signed in 2016 aims to phase down production and consumption of hydrofluorocarbon (HFC) refrigerants, alternatives to CFCs and HCFCs, which were also determined to have a high global warming potential.

As of February 2017, HFC refrigerants also became part of the environmental levy to support RMC.

“What makes RMC unique is that it brings together industry competitors, colleagues and customers who have a single purpose to ensure the responsible collection, consolidation and final disposition of end of life refrigerant,” says MacLeod.

Here’s how the RMC process works:

Certified HVACR contractors who decommission (remove refrigerant) from HVAC equipment fill a recovery cylinder with surplus CFC, HCFC and HFC refrigerant and deliver the cylinder to a local participating wholesaler. Today the program has 20 wholesalers taking part, representing 171 branches across the country.

An exception is if a contractor is working with CFC-11 (or R-11) refrigerant, in which case they would have to deal directly with RMC, and a disposal fee would be applied.

Once a wholesaler accumulates a large volume of refrigerant, one of RMC’s two collection service providers (CSPs)—Fielding Environmental in Mississauga, Ont. or Refrigerant Services Inc., in Dartmouth, Nova Scotia—move into action. The CSPs document, weigh and test each cylinder to analyze the contents.

All cylinders are tracked throughout the system, and a tracking report is provided to RMC monthly, identifying all cylinders and content by refrigerant type.

Once the CSP has collected enough qualifying refrigerant to fill a large portable ISO tank container (around 13,500 kg), they contact RMC to advise on next steps. [RMC leases its ISO tank fleet, which currently consists of 11]

The shipment is then manifested as hazardous waste and shipped to one of two destruction facilities: Swan Hills, Alberta, or Port Arthur, Texas.

For shipments heading south of the border a permit application must be filed through Environment Climate Change Canada and forwarded to the Environmental Protection Agency in the U.S. for approval.

Both of the disposal facilities use incineration via a rotary kiln as the form of destroying the refrigerant. The kilns reach temperatures of up to 1,200C ensuring complete combustion of all waste materials.

A potential challenge for the recovery program going forward is the introduction of flammable refrigerants into the HVACR market, suggests Nancy Larsen, program coordinator, who has been involved with the program since 2012.

“We are involved with several task forces with industry leaders and AHRI regarding the safe transition to Flammable refrigerants.  These include but are not limited to identifying guidelines for safely handling, storing, and transporting, and eventual disposal of flammable refrigerants says Larsen.

“With changes to refrigerant policies worldwide the RMC model will need to adapt,” says MacLeod. “We have recently restructured our internal resources, and I am pleased to announce that Caroline Czajko has taken over leadership responsibility at RMC. One of her early mandates will be working with the RMC Board of Directors to ensure the next decade is as successful as the last two.”

RMC remains the only program of its kind in North America. It’s a leading Canadian example of an industry-managed sustainability program that serves the interest of Canadians, our environment and the global effort to mend the ozone layer and close that hole in the sky forever.