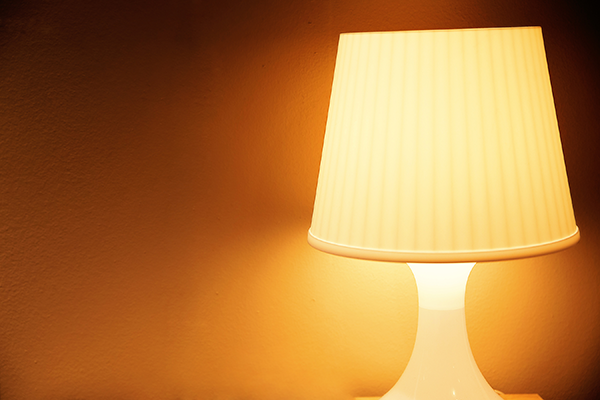 We have all had opportunities to do troubleshooting, and it seems as though I have been in the troubleshooting business the majority of my professional career.

I am often asked, “What is troubleshooting? Where do I start? And what do I do?”

In its purist form, troubleshooting is the process we go through to solve a problem.

As for where to start? My response is always: start at the beginning.

I’m going to share a simple example of my thought process when it came to solving a small problem at home, and then I will provide you with a real commercial pump troubleshooting situation that I was asked to solve not too long ago.

So, earlier this year I left the office on my way home. The commute is little over an hour. When I first got on the road, I called my wife to give her an estimate as to my arrival time. She informed me that one of the lamps in the living room was no longer working.

She also said that she replaced the light bulb with a new one that she knew was working because she tested it in another lamp.

The new bulb did not illuminate. I told her that I had about an hour or so of driving and would think about it on my way home.

Following my own advice, I started at the beginning and started to list the things that I knew and those that I did not know.

Time to do some interviewing.

I called my wife and asked several questions. Her answers revealed the following:

I could now focus my attention on the lamp connected to the live receptacle which allowed me to develop a plan.

I had about 45 minutes of commuting left, plenty of time to develop a comprehensive plan.

By this time I was almost home, and I felt confident that I had worked out a comprehensive plan to diagnose and solve the problem.

Upon arrival I asked my wife to put the wall switched lamp on so that I could check the circuit breaker. I went into the basement, walked over to the electrical panel and identified the breaker for the living room. Fortunately for me the breakers were well labeled, and I immediately found the appropriate switch.

I grabbed my volt/ohm meter and went upstairs to the living room. Before proceeding any further, I decided to replace the lamp bulb just in case. I removed the illuminated bulb from the wall switched operating lamp and installed it in the offending lamp. Just as my wife indicated earlier, the bulb did not light up.

The next step was to use my volt/ohm meter and test the receptacle that the lamp cord was plugged into. In order to access the receptacle, I had to move the sofa away from the wall because the receptacle was hidden by the sofa.

As soon as I moved the sofa to reveal the receptacle, I had my answer.

At this point you might have guessed that the lamp cord was not plugged into the wall. But you would be wrong.

You see, several years earlier, I purchased a digital timer which can be programmed to activate and deactivate a device such as a lamp based on the time of day.

The digital timer failed and no longer provided power to the lamp.

My troubleshooting steps were correct, and I followed my plan.

However, I could have determined the problem earlier if I had been more comprehensive during the interview process.

I should have asked my wife to look behind the sofa to see if the lamp was plugged in. That simple request would have revealed another possible course of action and I would have modified my plan. 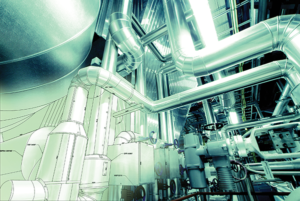 As promised, let me walk you through a real-life pump troubleshooting problem that I was asked to solve.

I received a call from one of our customers regarding what was perceived to be a pump problem. I asked the customer to provide a brief verbal description of the issue. He revealed the following:

I asked for some additional information, including:

After my initial interview on the phone, while waiting for him to send along his information, I collected some documentation including pump data, motor data and drive data.

Now it was time for me to develop a plan.

I decided to create a four-step plan. The first was to review the published data along with the drawings, and the second was to review the information provided by the customer. I needed to evaluate the data before moving on to steps three and four.

The elevation of the water level in the sump was 4 FT above the centre line of the pump. At this point I had a hunch that the suction gauge may not be giving us the actual suction pressure. I contacted the customer and asked for a short video of the suction gauge while the pump was running. The video revealed that gauge dial was resting on the gauge pin at 0 PSIG with no movement.

Time to do some calculations.

The suction header was 20-in. in diameter and approximately 30 feet long and was connected directly to the cooling tower indoor sump. Calculations proved that with one pump operating, the pressure drop was negligible in the suction header. Therefore, the pressure at the pump suction pipe where it connected to the header should be + 4 FT.

Again, back to the drawings and the photos to determine what was between the pipe connection at the header and the pump suction connection. This revealed a butterfly isolation valve and a basket strainer. I now had enough information to complete my plan.

I asked the customer to replace the conventional suction gauge with a compound gauge. A compound gauge can read pressure values both above and below 0 PSIG.

I also asked the customer to take suction pressure readings with the basket strainer screen both in and out.

Here is what he recorded:

These new readings proved that the actual pump pressure differential was 25 FT – (-12 FT) or 37 FT.

At this pressure differential the pump curve indicated the flow to be approximately 850 GPM. The problem was not the pump but the unanticipated pressure drop of the basket strainer (with screen in).

I recommended that the customer investigate replacing and/or relocating the basket strainer—problem solved.

Admittedly not all troubleshooting problems will be this easy to solve, but the principals are the same.

Have fun on your next troubleshooting adventure and drop me a line to let me know how you are making out. <>

Mike Miller is vice president of sales, Canada with Taco Comfort Solutions and a past chair of the Canadian Hydronics Council (CHC). He can be reached at hydronicsmike@tacocomfort.com.