Over time the hydronic industry has changed the approach to system piping designs and temperature control as equipment efficiency and technology has evolved. In the late 1960s and early 1970s out-door air reset was utilized. This allowed for better temperature control in the occupied space at a significant reduction in energy cost with reduced water temperature.

Reducing water temperature as the outdoor air temperature increased caused the control valves operating the space temperature to stay open longer. This also proved that the terminal units were still sized large enough to satisfy the conditions at lower water temperatures. The unfortunate reality was the standard boiler design only allowed minimum return water temperatures of 140F to prevent them from condensing the flue gases.

Most boiler designs utilized steel and cast iron as the choice in heat transfer media until copper was introduced and perfected in the early 1980s. The modular copper boiler design resolved the thermal shock issues, but 140F was still the lowest acceptable return water temperature.

With the introduction of modulating firing rate and as water mass boilers were being replaced with the new evolution in the modular boiler design, the floodgates opened to new technologies and opportunities.

As new control technology became very affordable with the introduction of electronics in the late 1990s, the entire industry changed once again and new standards were invoked in the hydronic industry that revolutionized energy conservation. Energy would now be considered a performance-based opportunity rather than just a cost of doing business.

With the ability to monitor the entire building from a central location and to optimize energy efficiency with very precise controllability, a new series of problems was created with the boiler technology and system designs of the past. The requirement to operate at return water temperatures well below the 140F as a norm presented real challenges to the boiler industry.

As energy costs continued to rise and buildings were being monitored by the controls industry, the boiler market was slow to adapt. In the past boilers were protected by three-way valves, as well as unique piping configurations and pumping techniques; all attempting to adapt the modular boilers to existing systems.

The past techniques would ultimately shorten the equipment life by short cycling or corrosion from low water temperatures, which became inherent to the misapplied designs and operating conditions.

The challenge to maintain reset temperature capability as well as protect the heating device from condensing would now be managed by utilizing boilers capable of lower return water temperatures. 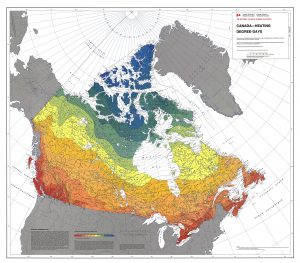 In most systems designed over the past 50 years in the hydronic industry the temperature differential across the supply and return was approximately 20F with operating temperatures of 180F to 160F. This was the basis for all pipe sizing, pump selections, and terminal unit approach temperatures. It was a very safe design and a steadfast rule until the recent development in condensing boilers and central location control technology.

It is only recently that control valve positions and system flow rates have been easy to monitor and control. This monitoring presented a wealth of information, which surprised the industry and allowed many to capitalize on future designs. If we look at the actual system temperature differential of the standard 20F design; we can show that this differential temperature occurs less than 0.5 per cent of the total system operation time. Systems designed for the maximum heat loss and flow rates across the system are fixed. The 20F applies to design day conditions. The balance of the operating hours in each year run a system differential less than 20F.

System terminal units are traditionally underutilized and water circulation is typically more than the system requires during operations other than design day conditions. This was the beginning of industry standards that utilize VSD (Variable Speed Drive) or VFD (Variable Frequency Drive) for most circulation pumps in the hydronic systems.

If the water temperature was too cold then the valve would stay open because there would not be enough heat to satisfy the space. The terminal units do not know nor do they care what the differential temperature is across the unit. It is the control valve that does all the work. If the terminal unit has more flow than it needs during operation it passes through the additional flow and temperature to the return line.

As the control valves close the pressure differential across the system will increase because the same volume of water is attempting to flow through less piping. By monitoring the pressure differential between the supply and return we can typically slow the pump down. However, it is only a reference as to how many valves are open versus closed because the system can have the same differential pressure at full load (winter) when the pump is running at full speed as it could at partial load (spring/fall) when the pump is running at partial speed with valves closed and higher water temperatures throughout the system.

For example: as 50 per cent of the valves close the pressure differential would automatically slow down the pumps but the assumed 20F temperature difference across the system may not be present, unless it could be monitored.

THE ADVENT OF DELTA T CONTROL 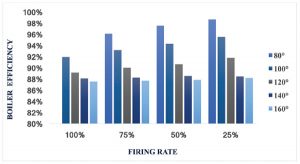 If the valves stay open and the water temperature passing through the terminal units has a chance to dissipate the heat completely rather than pass it on to the return line we could effectively control the supply and return temperature across the system.

Sending hotter water back to the heating device lowers the overall system efficiency. One must have the opportunity to use all the available heat in the terminal device and have the lowest possible return water temperature to take advantage of the high efficiency condensing capabilities in industry today.

The preferred method of temperature control is to tie together (parallel) the firing rate signal with the flow rate VFD signal based on a supply and return water temperature. A specified system differential temperature of approximately 30F when achievable is the preferred operation. The pressure differential control signal could be utilized as a minimum system setpoint, if desired, to protect low-end flow only.

As an added feature to the system operation, outdoor air reset temperature requires a specific setpoint. The boiler water setpoint differential can be shifted or lowered by +/- 5F, which will allow the system control valves to stay in the open position longer.

This will allow a lower boiler discharge (supply) water temperature and operate the boiler at the lowest potential temperature. The individual unit control valves will not have to close prematurely due to excess water temperature in the system. This is very similar to a boiler short cycling because it is oversized for the load.

The staggering sequence to an occupied setpoint will allow the boiler to operate at low fire input rather than high fire and utilize multiple boilers to match the load. This will increase the overall thermal operating efficiency. This method of sequencing the boilers to satisfy hot water return (HWR) temperature setpoint should occur regardless of the system water flow rate.

The boiler firing rate should be tied (parallel) to the pump flow rate signal if a flow meter is incorporated into the system design in the main system header piping. With temperature sensors on the supply and return of the system and information on system flow through the flow meter; a simple system Btu/hr calculation can be made in real time as an attempt to maximize the boiler firing rate based on actual Btus required to satisfy the load.

Introducing a specific time delay between boiler stages and a slow ramping of the firing rate will give the boilers a chance to react to the system load before driving to high fire. A typical system designed with a 20-degree differential should have a circulation of at least once back to the boiler in less than 10 minutes. If we ramp the boiler firing rate slowly the system control valves should have ample time to react to the load and provide an average return line temperature.

Using the return line for a setpoint location offers a stable place to sense the actual system load with very few radical changes. Incorporating a supply sensor as well gives us two reference points to establish a system delta T. The system delta T should be as wide as possible to take advantage of the condensing opportunities the boilers are now designed for.

The new age of increased Delta T across the system has arrived. We are no longer constrained with high return water temperatures, which enables us to design supply temperatures at 160F with return temperatures as low as 100F as an example. This ability to spread out the Delta T allows us to condense the entire heating season if designed properly.

Many experts will challenge the analogy of total energy savings of shutting the system down at night versus reducing the temperature of the water and leaving the pumps operational. The energy consumed by the pumps running at a substantially reduced flow rate and horsepower would be less power than starting the system at a specific time in the morning warm-up at full capacity. The control valves will be wide open and the system temperature differential will cause the boilers to operate at a higher firing rate and temperatures to satisfy the load quickly.

The success to any of this thought process is to incorporate a learning period to examine how the building will react to the operating conditions and then customizing the operation. Constantly looking at water temperatures required to satisfy the conditions will be the key to energy savings.

This is not a fix for every system design but an opportunity to think differently than we have for so many years. Run the system continuously at the lowest possible water temperature in your design. Typically, systems are oversized and will have the capacity available if needed.

David Connors is regional sales manager with Harsco Industrial Patterson-Kelley. He can be reached at dconnors@harsco.com.