What to consider when expanding your business 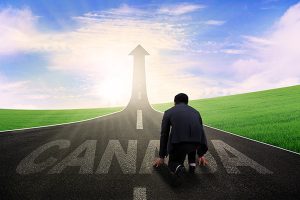 BEFORE BEGINNING OPERATIONS
If your plan is to begin doing business in a second province with a permanent establishment, you will need to ensure that you can legally operate there. If your company is incorporated provincially, you may need to file for extra-provincial registration. Some provinces, generally neighbouring ones, have agreements that allow corporations from one province to operate in the other without the burden of extra-provincial registration. Alberta, BC and Saskatchewan have such an agreement. So do New Brunswick, Nova Scotia, Quebec and Ontario. Ontario is unique in that it allows any corporation incorporated federally or in any province or territory to operate within its borders. However, even without extra provincial registration, forms do need to be filed when a company from one province begins to do business in another.

TAX ISSUES
The federal corporate tax return has a schedule used to allocate income and to generate the corporate income tax owed to each province. The computation is based on a weighted average of profits earned and salaries paid in each province. In addition to the federal return, if your company is doing business in Quebec, it will have to file a separate tax return for that province.
The sales tax situation in the various provinces can be more complex than income taxes. Depending on the province you may have to pay GST and PST or HST. Ontario and several other provinces have harmonized their old provincial sales taxes with GST – this led to the HST (harmonized sales tax). For that reason, HST in Ontario is 13 per cent – made up of the old eight per cent Ontario Sales Tax and GST for five per cent. The logic behind harmonization was to save money – the idea was that only one collection bureaucracy would be required.
In some provinces harmonization was resisted because the reach of the GST is broader than the old provincial sales taxes. For that reason, BC, Saskatchewan and Manitoba have the GST and PST. In Alberta, the Northwest Territories and the Yukon there is no PST – so GST is simply five per cent. Quebec has its own provincial sales tax that is based on the GST model. It is called the QST and separate QST returns have to be filed in Quebec.
It is important to recognize if you expand into a province that has PST, that the basis of provincial sales taxes is very different from GST or QST. The consumer, no matter where the consumer happens to be along the supply chain, pays PST. Unlike GST, PST is a real cost to businesses – it is not passed along to the ultimate buyer of a product or service.

USE OF SEPARATE CORPORATIONS
Many companies expand into other provinces using a branch structure. In that case, the company determines its income tax and sales tax liabilities based on provincial sales, profits and employee costs. In some cases, it might be wise to create a new company to operate in another province. One reason for doing this is for creditor protection. If you have an operating company in Ontario and another one in Manitoba, customers or creditors of the Manitoba company generally cannot sue the Ontario company. If this makes sense to you, you might consider creating a holding company that does no operations at all but acts as a parent to your operating companies. The financial assets of your operating group can be held in the holding company and that can protect your assets from various financial risks.

SOUTH OF THE BORDER
For many Canadian companies, expansion into U.S. markets makes sense. Be aware that the Canadian and U.S. tax systems and legal systems are very different. Owning a U.S. company may create U.S. estate tax issues for your family.  Shifting investment capital into the U.S. and repatriating profits back to Canada may expose you to U.S. rules that are different from Canadian rules. Before contemplating U.S. expansion it is important to work with U.S. and Canadian advisors in order to understand the implications for your business and family.
Hank Bulmash, CPA, CA, MBA, TEP, is CEO of Bulmash Accounting Professional Corporation in Toronto, ON. He can be reached at hank@bulmash.ca.