A quick lesson in condensation prevention when it comes to radiant cooling. 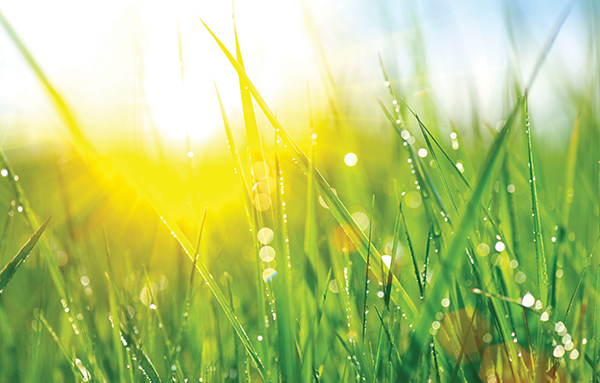 I have one distinct memory about my great grandparent’s homestead. At the entrance, where the two fences met between their land and the neighbour’s, there was a large rock with the words: “Dew Drop Inn”.

I always thought it was a really cool message. I have seen this little saying around in other places since, but I know that rock was there since around 1925, so they might have been the first. At least I like to think so.

Well, that saying leads me to the topic of the day: condensation.

Radiant cooling has been on the verge of being mainstream since I got into the hydronics industry 20 years ago. Working with geothermal heat pumps provides the capability, and we have the piping infrastructure for the heating system, so adding cold water into the mix should just work, shouldn’t it?

Well it’s not that simple.

You know when you bring a can of Coke out of the fridge and put it on the counter, and those little beads of condensation form on the outside—it’s like the Coke is telling you that it’s perfect and ready for drinking. Well if that same condensation forms on the pipes running through your walls or on your radiant floors, then we have a big problem.

The condensation that forms is often called dew, or at least that’s what we call it when it forms on the grass and flowers in the yard—when the grass is cold from the night and the morning sun warms up the atmosphere. The point at which the condensation starts to form is call the “Dew Point”. The dew point of an item is a calculation that involves the relative humidity of the air as well as the temperature of the item.

The calculation is a pretty math heavy, but don’t worry we won’t get into it. Well, ok, just a little bit. Relative humidity is actually a ratio. A ratio of how much humidity the air has in it to how much humidity it could hold at that temperature.

The dew point calculation tells us at what temperature that humidity starts to squeeze out of the air. This is where the problem for radiant cooling comes in.

Don’t get me wrong, I like radiant cooling, it just needs to be done correctly or you will have a very mad homeowner. In many cases it could be the flooring with pipes are running through it that will condense or some sort of radiant cooling panel.

So what do we need to do? We need to control, very precisely, the temperature of the fluid going into these areas.

Having said that how do we make sure?

It starts with the calculations. It is possible to have a different dew point in each room, so the dew point needs to be individually calculated from each room. That will mean each room must have a humidity sensor built into the thermostat.

These calculated values all need to be sent to a “CENTRAL” control. This is the important part. The system needs to communication as a “SYSTEM”, it can’t be individual rooms.

All the rooms have to know the information from the other. This way the system can determine the proper temperature that is required to be entering the system. It has to know dew point values in each room because it needs to go with the highest calculated temperature.

If we chose the lowest temperature, or just an average temperature, we could have condensation forming in some rooms but not others. This is bad.

Once the control system has figured out the ideal temperature to be pushed out to the system, we need to get it there, so there will need to be some mixing to properly control the temperature.

Going even a touch colder than the dew point will lead to the formation of condensation, and it does not go away as soon as you push above that temperature. So it’s very important not to go below it in the first place.

Ok, I’ve kept this short and sweet, and hopefully to the point.

In future articles I may have to do a little elaboration and get into more of the math, because radiant cooling is getting bigger every year and it’s critical that we control for that dew point or installations could become homes with dew drops within.