What you need to know about electrical resistance 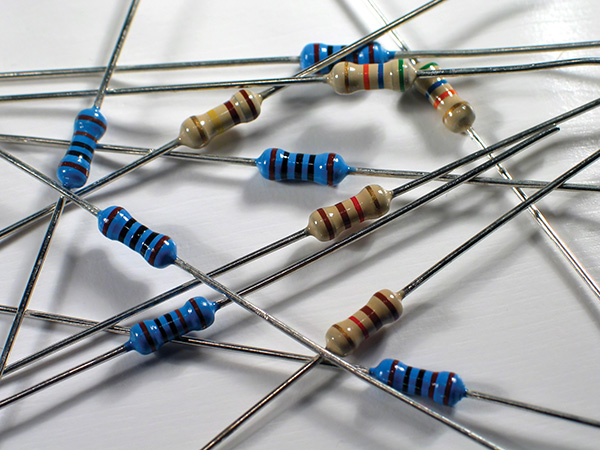 There are some facts about thermistors and resistance that cause confusion. Luckily that lines up with our topics on electricity. How you wonder? Once again it is all physics. V = I R, where the R is resistance. A story will help to illustrate the topic.

I always knew what I wanted to be when I was finished school. I was ridiculously interested in electronics from a young age. After finishing high school I attended the Southern Alberta Institute of Technology (SAIT). After my first year there I figured I was a computer scientist. We had been taught a ridiculous amount of information and I thought at that point I knew everything. It turned out that even the basics can be forgotten very easily. 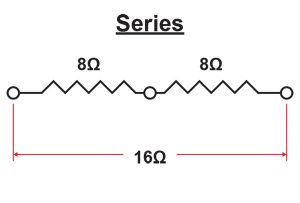 My family ended up gathering at my grandparents that summer. We were going to be sitting out on the patio and my grandma asked me if I could hook up all the speakers they had outside to the new stereo they had purchased. Speakers in the front and speakers in the back all needed to come to one stereo.

This sounded easy. I started to hook everything up all the while throwing the very basics about resistance right out the window. I took one wire from here, one wire from there, tied them all in and turned on the stereo to test. They all were working and sounding good for about 30 seconds before there was some crackling, then buzzing, then pop and then nothing. The first chance I had to show my family I was this awesome electronics guy went straight down the tubes.

I rushed inside to see what was going on. At first I thought the wires had come out of the terminal blocks because I had so many in there, only to have that very distinctive smoke smell lingering in the air and no power on the stereo. I had burned out the new stereo. 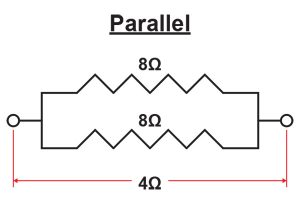 What went wrong? Let me articulate how I hooked up all the wires. There were only two speaker terminals on the back but I had eight speakers to hook up. So what did I do? I took four speakers and twisted all the wires together and put them on one side and then did the same on the second side. Easy right? Easy, yes, right, no! This takes us to our first lesson: resistance and parallel and series circuits.

What do speakers have to do with resistance? Speakers are rated in impedance and without getting into a whole bunch of physics equations, it is resistance at a certain frequency. For our purposes we will just say that speakers have a resistance. The symbol for resistance is the omega or the Ω. In the case of these speakers, which were home speakers, the resistance is usually 8Ω while car speakers usually use 4Ω. 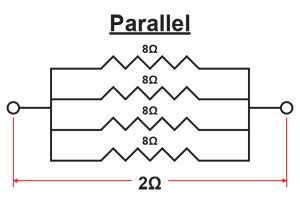 Was there a way that I could have done this properly? Yes there was by using a parallel series circuit. Sorry, more math coming. To connect the wires correctly I would have needed to put two sets of the speakers in series. What that would do is add the resistance together: 8Ω + 8Ω = 16Ω. That does not look right either but stay with me here. Then we take the other set that we put in series and we put that in parallel with the first and voila! 1/(1⁄16) + (1⁄16) = 8 Ω. Math wins again.

What does resistance have to do with mechanical contracting and plumbing? Lots. To start with you have all heard the term thermistor. We use them all over the place. A thermistor is a resistance device where the resistance changes based on temperature. It is a handy device and used in about 100 per cent of boiler rooms. Every time you hook up a “sensor” to the boiler, or put a “sensor” in a DHW tank you are hooking up thermistors.

What did you learn here? Have you ever needed to take an average reading of temperatures on a room, or had more than one tank you needed to average out the temperatures in. Do not kid yourself–it happens all the time.

Resistance also crops up in continuity tests, more commonly known as the “beep test.” The wording bugs me but I understand why people call it that. This test is used all the time while installing and/or troubleshooting a system. What it is essentially doing is checking for a short or an open circuit.

A short in electrical terms is a direct connection between two points and open is when the two points do not have any electrical connection. What the beep test tells us is that the two points you are testing are connected and have a very low resistance, usually below 100Ω. Most meters have this handy little test that, in a lot of cases, will be one of the first things you are asked about by someone in tech support. After the test you do have to power it up properly.

Let’s do a little experiment. Most manufacturers that use thermistors say do not use more than 1000 feet of wire to connect the thermistor to the control. One thousand feet of 18-2 sensor wire has about 6.5Ω of resistance on it going one way. We actually need to double it because we are adding the wire in series to both sides of the thermistor as we are going out to the thermistor then back to the control. Thermistors have a rating on them, 10kΩ, 5kΩ, 2kΩ or otherwise–what that means is the curve is specified so at 25C the resistance equals that amount. So a 10kΩ thermistor is 10,000Ω at 25C. 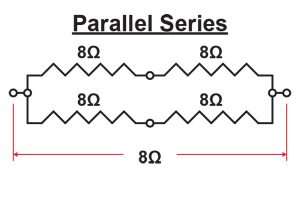 Using the term 10k thermistors loosely can sometimes get you into trouble as there are multiple curves when it comes to thermistors but for this purpose we will generalize. So, if we had a temperature on that thermistor of -5F (-20C) the resistance of the thermistor would be around 100,000Ω and if we added our (6.5Ω X 2) from our wire you can see that the wire resistance really will have no effect on the temperature reading at -5F. It goes from 100,000Ω to 100,012Ω.

If we go in the other direction and put the thermistor in 190F (88C) then the thermistor will make 1000Ω of resistance, and if we add on the wire resistance the total is 1012Ω you will see it does have more effect but still not much. At that point it will not even throw the reading out by one degree.

When measuring resistance on your handy dandy meter one major thing to remember is there can be no power on the line or the reading will not work. You cannot measure resistance with power on the line. That does not mean AC power necessarily. This can be any voltage, even the control putting DC voltage on that part. Word to the wise: power down before reading resistance.

It is also good practice to disconnect the wires from the controls or whatever device they are attached to because there could be other resistors in parallel or series on the circuit board in the device, which will vastly skew your results. <>