If you’re familiar with servicing AC units, the heat pump has just a couple more items that may need to be addressed. 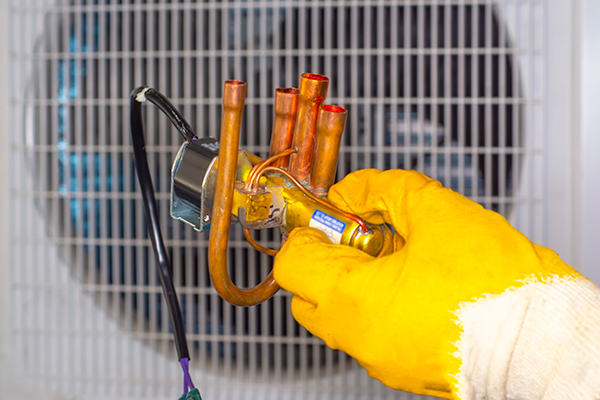 So, the heat pump is nothing more than the basic vapour compression cycle utilized in an air conditioning system, with added controls and valving to allow the system to either remove heat from the conditioned space (and transfer it to the outdoors), or remove heat from the outdoors (and transfer it to the conditioned space). As such, rather than a distinct evaporator and condenser, in a heat pump we now have two dual purpose coils, an “indoor” coil and an “outdoor” coil.

Like any mechanical system, the heat pump will experience periodic performance issues, some due to lack of maintenance, and some due to mechanical/electrical components failing.

When called upon for service, there are several things that can cause a heat pump’s inability to provide adequate heat to the conditioned space:

All of the above-mentioned potential problems are not unique to heat pumps only. These are common problems that could be experienced in any system using a standard vapour compression air conditioning (AC) system.

So, what would qualify as a system malfunction that is completely unique to the heat pump? This question can be best answered by quantifying the component differences between a standard AC system and a heat pump.

Again, you may recall from the previous article that in a heat pump, the reversing valve is located in the discharge line between the compressor outlet and the outdoor coil inlet. A solenoid coil, when energized, allows the valve to “shift” from one position to another. 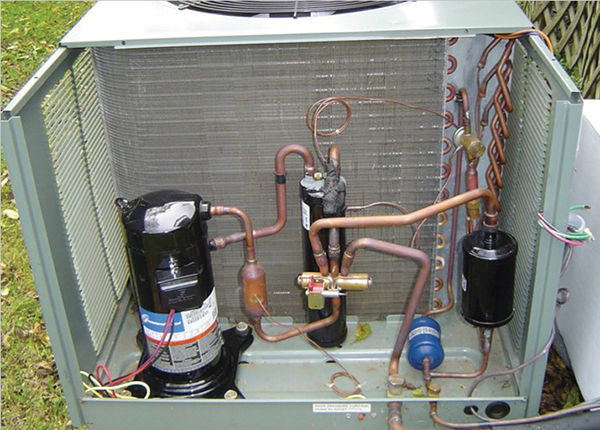 The photos in Figure 2 show a close-up of the four-way reversing valve, and a cut-away photo of the reversing valve. This shows the pilot solenoid valve (less coil) and the various pilot lines. 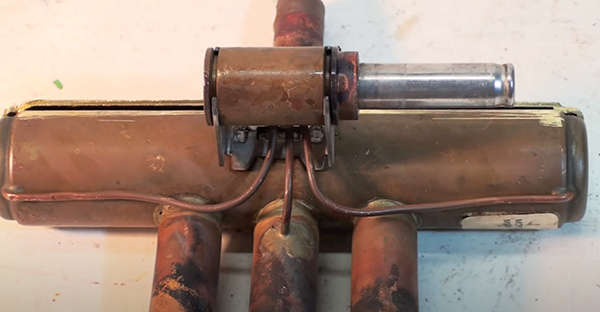 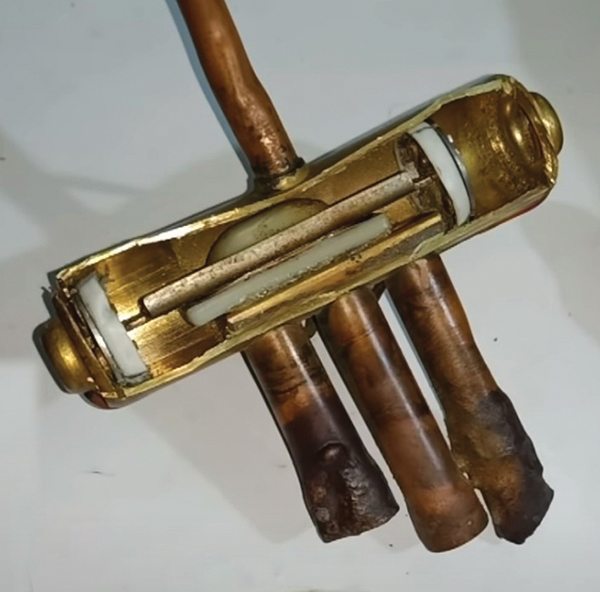 When the pilot solenoid coil is energized, the pilot valve shifts and vents any high pressure from the right end of the valve body while simultaneously supplying high pressure to the left end of the valve, forcing the slide piston to move to the left. This reverses the indoor and outdoor connections, and allowing the discharge vapour to flow to the inlet of the indoor coil, and connects the outlet of the outdoor coil to the compressor suction.

There are a number of scenarios that can develop in relation to the four-way reversing valve which will result in system malfunctions.

Four-way valve not shifting to the heat mode:

Four-way reversing valves are high production and relatively low cost. As such, they are not built for accessibility. In either of the two failure modes described in 3 and 4, a valve replacement will be required.

Four-way valve partially stuck in one mode or the other:

Given that the heat pump produces heat by “cooling” the outdoor ambient condition, it is reasonable to understand that there will be times when the outdoor coil will be operating at a saturated temperature below 32F (0C).

When this happens, frost will build up on the fin and tube surfaces of the coil, eventually restricting airflow through the coil. This will not only result in a reduction in heat capacity, if the frost buildup is severe enough it will allow liquid refrigerant to flow to the compressor inlet resulting in compressor damage.

As such, a defrost cycle is initiated when the coil temperature falls to 32F (0C). Rather than an elaborate set of defrost controls, when defrost is required the unit simply reverses to the cooling mode.

This might seem a little counter intuitive, but this allows the outdoor coil to function as a condenser for several minutes, melting the frost buildup.

In some scenarios, the indoor fan motor will continue, and the addition of electric strip heat will negate the effect of the system being in cooling mode.

Outdoor coils that become severely frosted/iced-up are likely the result of a defective defrost temperature sensor.

Like most systems that a technician may be unfamiliar with, heat pumps might be a source of mystery and confusion. But a quick study of the system, its components, and the design behind the inclusion of those components, should result in the heat pump being just “another” easy system to troubleshoot.

Dave Demma holds a degree in refrigeration engineering and worked as a journeyman refrigeration technician before moving into the manufacturing sector where he regularly trains contractor groups. Contact Dave at ddemma@uri.com.