How water behaves in hydronic systems

Designers of modern hydronic systems strive for two important objectives: a reliable system and an energy efficient system. Achieving these requires proper equipment selection as well as attention to water quality. Unfortunately the latter is often overlooked, or left to the discretion of the installer, who may or may not appreciate its importance.
The two primary problems that can result from poor water quality are excessive corrosion and lime-scale accumulation. Both shorten equipment life and reduce energy efficiency.
No two systems are alike, which makes hydronic water chemistry an inexact science. Still, a basic understanding of how water behaves in a closed hydronic system can help the designer weigh options and determine appropriate water quality requirements. 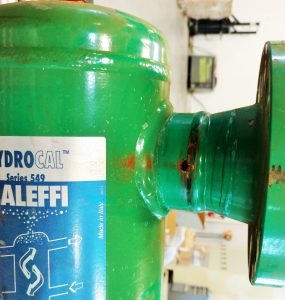 In this article, we will discuss corrosion. Lime scale corrosion will be examined in a future article.

Problems
Corrosion eats away metal, which can cause components to leak or fail. Figure 1 shows a steel hydraulic separator with a four millimetre diameter pinhole leak caused by corrosion.
As corrosion by-products form, they can flake off and flow through the system. Being denser than water, the debris can settle in 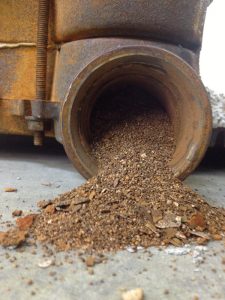 areas of low flow velocity. One common location is within a boiler. This causes uneven heat transfer, which leads to thermally induced stresses across the boiler’s heat exchanger. Figure 2 shows the debris that caused failure of a three year-old cast iron boiler. Corrosion debris can also wear rotating equipment. For example Figure 3 shows magnetite, a corrosion byproduct that collected on the permanent magnet rotor of an ECM circulator.
Magnetite is harder than plate glass and because its particles can be as small as 1/100th the diameter of human hair, it is extremely abrasive. Note the scoring on the hardened pump shaft. Similar abrasion can occur on 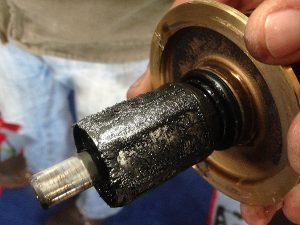 Figure 3 Magnetite on permanent magnet rotor of an ECM circulator

CORROSION REACTIONS
Most corrosion in closed hydronic systems is electro-chemical in nature. An electrical current flows between adjacent metal surfaces and through the water.
To corrode, metal surfaces must be galvanically dissimilar. Copper and steel are examples of dissimilar metals that are often joined together in a hydronic system. It is also possible for the same base metal to become galvanically dissimilar due to rolling, work hardening or welding.

Corrosion can also result when a given metal experiences different concentrations of dissolved oxygen at different surface locations. This changes the metal’s galvanic properties. It may seem counterintuitive that dissolved oxygen can have different concentrations within the same system, but at the molecular level it does and is the level that corrosion occurs.
Different concentrations of dissolved oxygen create a galvanic cell (A) as shown in Figure 4. The surface at the higher oxygen concentration becomes more noble (cathode) relative to the surface at the lower oxygen concentration (anode). A set of simultaneous chemical reactions occur, which result in depletion of metal at the anodic site and an accumulation of iron oxide at the cathodic site (B). The iron oxide residue begins to impede further corrosion so the formerly anodic site itself becomes both anodic and cathodic and corrodes. This continues until a somewhat uniformly corroded surface takes shape (C). The iron oxide that results is hematite (Fe2O3). It is reddish in colour, loosely adhering, porous, conducts heat transfer poorly and can be easily sloughed away to collect somewhere.
If high concentrations of dissolved oxygen remain in the system, destructive pitting can occur. If oxygen levels are eventually depleted, which is desirable, the hematite may convert to magnetite (Fe3O4), which is grey or black. Figure 5 shows a contractor “blowing down” a magnetic dirt separator that has captured a large quantity of magnetite.
As previously mentioned, oxide accumulation can impede further corrosion. If the initial oxygen level within a hydronic system containing iron is low, a relatively thin, protective magnetite layer forms, as shown in Figure 4. Magnetite formed in this manner is ideal. It is dense, tightly adhering, conducts heat well and impedes further corrosion. Similar protective oxide layers form on other metal surfaces such as stainless steel, 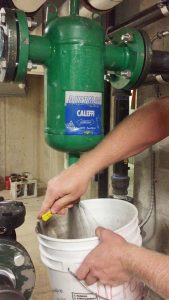 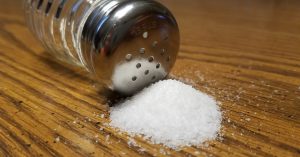 Figure 6 shows what happens when common table salt, a molecule of bonded sodium and chloride, is placed in water. The powerful forces of water’s oxygen and hydrogen atoms dissolve the salt by breaking the sodium chloride bond. This forms charged ions, which give water its electrical conductivity. The higher the ion content the higher the conductivity.
Almost all inorganic solids in the earth’s crust are comprised of minerals, and like salt, they dissolve into water forming ions. The total dissolved solids (TDS) contained in water is determined by measuring its electrical conductivity and is expressed in units of parts per million (PPM).
Some manufacturers specify a maximum TDS level for the water used with their equipment. Others express a maximum electrical conductivity level, typically in units of µS/cm (micro Siemens per centimeter). In either case the intent is to limit corrosion as well as scale formation.
The common positively-charged ions in water are calcium, magnesium, iron, sodium, manganese, and potassium. Common negatively-charged ions are bicarbonates, carbonates, chlorides, sulfate, nitrate and phosphate.
As the temperature of water increases, the ions within the water become more excited. This increases the water’s electrical conductivity. A rule of thumb is that for every 20F rise in temperature, corrosion rates double. This is why chilled water systems are significantly less prone to corrosion compared to heating systems given equal water quality in both systems.
If a designer could only choose one strategy to minimize corrosion, they should ensure that the system stays virtually devoid of dissolved oxygen.
Completely closed hydronic heating systems that have been fully purged of air at start-up will quickly rid themselves of minor amounts of dissolved oxygen. However, systems are never perfectly closed. Oxygen will slowly diffuse into any hydronic system. The rate of oxygen ingress varies depending on the materials used and the quality of workmanship. With the increasing popularity of non-barrier polymers the use of a high efficiency air separation device is essential to help maintain low dissolved oxygen levels.

OTHER POTENTIAL FACTORS
One potential factor involves pH – the measure of how acidic the system fluid is. Derived from the French term puissance d’hydrogene (power of the hydrogen), pH quantifies the concentration of hydrogen ions in solution. The potentially destructive nature of hydrogen, and its hydroxide counterpart, relate to its relatively small molecular size (illustrated in Figure 7). 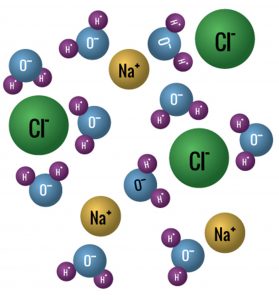 As hydrogen ion concentration increases, acidity increases and pH value falls. Even at extremely low oxygen levels, metals can corrode if pH stays below or above a “happy range” for that metal. Non-alloyed aluminum has a happy range of 6.5 to 8.5 pH. For stainless steel the range is generally higher. One stainless boiler manufacturer specifies an acceptable range of 6.5 to 9.5 pH. The acceptable pH range for iron boilers is even higher. One cast iron boiler manufacturer specifies a 10.5 pH maximum for their boiler.
Fresh water in North America typically has a pH between 6.0 and 8.5. The pH of fresh water in closed hydronic systems exhibits an interesting characteristic: independent of beginning pH, the water in properly designed, pressurized closed heating systems tends to stabilize to about eight pH. This level is acceptable for all common system metals. The pH in some systems varies significantly from this value due to chemical additives or softening. For example, water softened through the common ion exchange process results in elevated sodium levels. When this water is heated, carbon dioxide is driven out of solution and vented away. Sodium hydroxide can form and pH can drift upward and stabilize above 8.5. Adding a pH inhibitor chemical to softened water is thus important for systems containing aluminum components.
Propylene glycol highlights another pH behaviour. Glycol acts as an oxygen scavenger, which causes the system fluid to become more acidic. Left unchecked, the pH can drop below the acceptable range for metals. Thus propylene glycol producers usually include an inhibitor that protects the system fluid against a rapid decline in pH.
Another potential factor is chemical corrosion. Excessive concentrations of certain chemicals will cause corrosion even in the absence of dissolved oxygen. For example, several stainless steel boiler manufacturers specifically limit chloride or sulfate concentrations. Not only do such chemicals dramatically reduce the effectiveness of chemical inhibitors, in sufficient concentration they can break down protective oxide layers and corrode the stainless steel. Boiler manufacturer specifications for maximum chloride and sulfate concentrations generally range from 25 to 200 PPM, although inhibitor producers prefer the lower value. Most water municipalities are bound by national health standards requiring concentration below these values. However, private ground water sources can be problematic.

EUROPEAN APPROACH
With a hydronic market size many times that of North America’s, it is not surprising that several European countries have water quality standards addressing prevention of corrosion in closed hydronic systems. Germany’s standard is VDI 235. Similar to the others, VDI discourages the use of chemical additives and instead promotes water behaviour understanding, sound system design/operation practice and treatments such as deionization that do not involve additives.
North America does not currently have comparable water quality standards for hydronic systems. However, with more North American companies increasing their efforts to help ensure proper water quality in hydronic systems, we may well be on the way.

Mark Olson, Caleffi North America’s GM and CEO since 2005, holds an MSE degree in applied mechanics from the University of Michigan. His 30 years’ of experience includes engineering, sales and marketing management positions with Whirlpool Corporation, Pentair and Generac Power Systems.