In Conversation: Managing the Curveballs During the COVID-19 Pandemic

In conversation with Justin Boisvert, owner of Bi-Temp Ltd. In Belleville, Ont., a residential and commercial HVAC contractor and service provider. 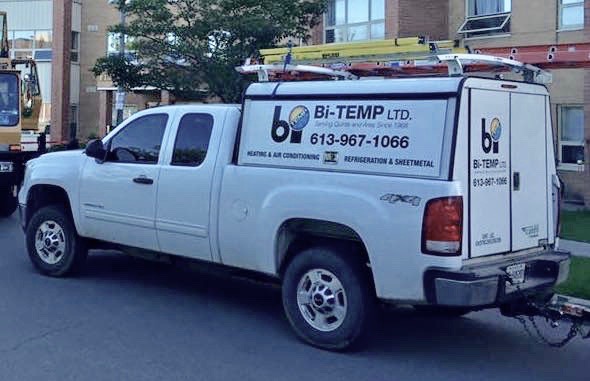 In conversation with Justin Boisvert, owner of Bi-Temp Ltd. in Belleville, Ont., a residential and commercial HVAC contractor and service provider. Boisvert (34) acquired Bi-Temp in 2013 from the Parry family who founded the business in 1968.

As president of the company, Boisvert’s main role is managing the work load and overseeing day-to-day operations. We caught up with him at the end of the work day on Thursday, April 9, to find out how business has changed since COVID-19 altered everyone’s way of life.

How was business this year prior to mid-March?

Up to mid-March we were running six guys. It wasn’t a very cold winter, and without any of the government energy rebates right now, there are not a lot of people upgrading their furnaces or switching boilers. So, prior to the COVID slowdown it was a quieter January, February and March.

How many trucks do you usually have on the road?

So normally I would have seven guys on the road, myself in the office and my office manager. And I’ve got two other helpers on an as-needed basis, and we try to take on a co-op student to be able to provide some summer employment for a student for the summer.

How have things changed since mid-March?

Ever since COVID come into effect we’re basically down to emergency service only. Right now, I’ve got myself and three other guys out in the field.

We’ve stopped all commercial preventative maintenance, just to limit our ourselves from entering buildings, and we have a little bit of new construction that we’ve got to keep rolling with, because those projects haven’t been stopping and people have closing dates on homes, and they need a place to live.

When the “essential services” list was announced by the province, was it clear to you where you stood as an HVAC services company? Where have you gone for clarity or information about what you can and can’t do?

There have been a lot of conversations with other guys, business owners in the trade, and we’ve been referring to the government sites for the safety protocols and the measures to take as far as trying to do our part to protect ourselves and our customers.

How have you had to handle safety precautions with your employees?

So that’s actually been very challenging because we’ve got a fairly young crew and two of our guys have pregnant wives right now.

For one, his wife is due in a couple of weeks, so he was informed by their doctor that he has to be self-quarantined for 14 days prior to the birth and then for four weeks post birth. So that just eliminated him as of Monday this week.

Another one of our guys is considered a high risk because his wife is a nurse at the Belleville Hospital and is considered high risk. So now he’s off for an unknown period of time, unless he wants to move out of his house, away from his wife.

You just have to take it on a day-by-day basis, because every day you turn around and there’s another curveball coming at you. 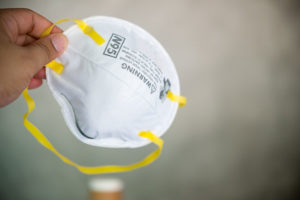 Has getting personal protective equipment (PPE) for employees been a challenge?

The only challenge we had was getting hand sanitizer. The Kinsip Distillery in Prince Edward County is producing some now, and it wasn’t up until Monday this week that we were actually able to commercially get our hands on a case.

We ended up having some N95 masks sitting on the shelf that we normally have for the guys doing any attic work or any dusty jobs. And our suppliers had some heavy-duty black rubber disposable gloves in stock, so we’ve got cases of those for all the guys to wear.

How about supply chains, are you getting the supplies you need?

That has not been an issue at all. So far, we had a couple snags getting some stuff out of Quebec, but as far as our other equipment goes, I’m finding our suppliers more efficient now than ever with the call-in service and either having delivery to the shop or having our order set outside waiting for pick up.

How are you handling service calls?

We’re only doing emergency calls right now, and every job that we’ve been going to, we’ve got our own screening process in place.

As soon as somebody calls the office we do a screening over the phone, asking them all the relevant questions like whether or not they’ve been traveling, if they’ve been self-quarantining, whether they’re sick, if they’re showing any kinds of symptoms.

If they pass that test, then we’ll arrive to the site for the service call, and we provide them with a form. Essentially, it’s asking them the exact same questions, and they’ve got to print their name, sign it and date it. This way we have a paper trail so that if one of our customers were to show symptoms, I would hope they would reach out to us and vice versa.

Do you think this event is going to change your business?

Yes, the big thing I’m looking at right now is the economic impact on everybody. So, let’s say in a month we’re allowed to work safely again. Well, that’s fine, but who’s going to have any money and who’s going to be putting money into their homes?

The impact on everybody’s personal finances is going to be huge. That extra cash that was there to upgrade a furnace or add new air conditioning is no longer there.

I’ve got a feeling for the next year or two, unless the government comes out with some really good incentives and rebates to get the trades rolling again—like that home renovation tax credit back in 2008—that it’s going to be slow.

As you look forward, even just in the short term, what is your biggest concern?

My biggest concern is that we have no idea how long this is going to last, and then just understanding the risk that’s out there.

As of right now, we’re still going to be at least three weeks before we can even try to look at resuming somewhat normal operation. Even then, on our residential maintenance side, do I really want to be sending a technician into six different people’s homes each day to do air conditioning maintenance?

Is it worth exposing one of my employees and putting his health and safety at risk just so that somebody can have their AC tuned up? Or do we just stay with emergency service?

Honestly, my stress level has been the highest it’s ever been in six years. Because, again, as a business owner, we like to have control of things. And in this world right now, we have absolutely zero control.