IoT permeates market, contractors pushed to get on board 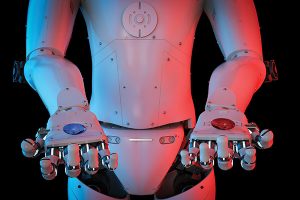 I literally remember hearing that 9600 baud modem squeal for the very first time. Reerascheeeram, yes that is how you actually spell it, so do not try to look it up. It was weird – I thought why the heck is it making noise? Then as soon as something popped up on the screen I forgot all about it. Netscape was bliss. If you were an AOL person, and you know who you are, well Netscape was better, that is why AOL bought them.

It was crazy times – we heard about the internet and what it could do, where it could take us and how it was going to be awesome. Remember the saying your father said when he wanted you to hurry up: Slower than molasses in January. That was actually our first experience with the internet. At the time you did not know just how slow it was until the world began to accelerate.

Along came DSL and the onslaught of cable, we could download songs at a blistering 10k per second. Napster, awe Napster. Of course, none of us used it because it was not legal.

Speeds did progress very rapidly as more and more people moved online, users got e-mails, users started to understand this new technology but the catalyst it needed was still missing. There must have been a few guys from MIT (everything cool comes from MIT), who foresaw the world as we know it now. People walking and talking, connected all the time. It really was not until then, that I think, the world really started to understand the power of not only the internet, but the power of being “plugged in” at all times.

This aspect of mobility, brought on by companies basically making computers that happened to have phones built in, that drove us into the world of Wi-Fi.

Wi-Fi is the term that is synonymous with being connected. Without Wi-Fi… I can’t even recall how it was before Wi-Fi. Most of us think Wi-Fi stands for Wireless fidelity or some term like that. It actually does not. It is literally just a trademarked term for the wireless specification of 802.11x. It is a specification that has a great deal of parts to it. Once again, thank you MIT. No reason to get into them, but just know some really smart people figured it all out for us, they wanted to make our lives easier.

Almost all cell phones come with Wi-Fi. Wi-Fi is free when you are in a building and data is not. Well most of the time it is not. There is also another discussion on 5G wireless sometime in the future, but not now.

At this point I want you to look at your cell phone screen, if you had to “flip it” to see the screen, you really need to start embracing the future. Flip phones are so 1998. Seriously 1998. Anyways it is not just our phones that are now connecting.

You probably have started to hear this term IoT thrown around. I say it all the time, I makes me feel smart. Come on we all have one of those industry terms that we like to throw into conversation. Mine is IoT. IoT means internet of things. It is an amazing idea. Seriously amazing.

Everything is connected to everything else. Your fridge knows when you need milk and it texts your phone. Your alarm system knows when someone unlocks the door and it lets you know, by texting your phone. I know what you are thinking right now, “but then google and Apple will know everything about us.” I actually chuckle a little when I hear people say that. The reason is it is too late. They already know everything about you.

Every move you make, every step you take, they will be watching you.

So HVAC and Wi-Fi. I believe in the next few years they will be mentioned more and more in the same sentence. Do you remember trade shows five years ago verses trade shows now? There used to be barely any Wi-Fi devices. Now, they are everywhere.

Why now? What advantages does it give us? Is it just another way to sell us new stuff? No it is not. It is literally changing the landscape of our industry. Running LAN connections is a thing of the past. We are reaching speeds of 1Gig per second on Wi-Fi, five years ago you could barely do that on a hard line connection. With this we can do more, do it faster, manipulate more data and run algorithms to make the best products possible.

It has been 15 years since I designed my first logging software for boiler controls. We thought it would change the world right away, but sometimes you have to wait for a very special inflection point, a point where many little items come together, many ideas come together, many technologies advance enough that people finally jump on the train. Wi-Fi actually did this by connecting items to each other in a very easy and reliable way.

When each item has all the information from the other, it can make more informed decisions about what it is currently controlling. Or many items can gather multiple points of information and relay that information back to a single unit that will then analyze that’s data and make a decision. It is not that we could not do this before Wi-Fi, it is just that Wi-Fi has made it easier and when things get easier to do, more people start using it. That is human nature.

Wi-Fi is not the enemy, as far as science has researched so far, we are not going to grow horns because of it, although there has been some interesting articles come out lately. I would like to say “it’s coming so get ready,” but actually if you are not already on the train, you will be left behind.

We are already connected to the Matrix, you just need to decide which colour pill you are going to take, the red one or the blue one. <>