Closing the gap in building strategy 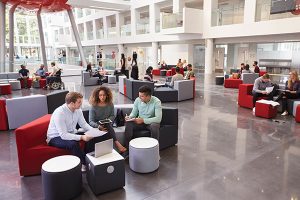 Powerful trends in today’s marketplace demand new approaches to buildings–including calls for greater energy efficiency, health, comfort, and performance reliability. But the call for new approaches is also controversial, first and foremost because of cost. The marketplace is neither structured nor incentivized to pay more for buildings, so a gap has formed between what is possible and the actual buildings being delivered.

One important idea being advanced to close that gap by industry and policy advocates alike is the concept of lifecycle analysis. The true cost of a building, it is argued, is determined by assessing the cost of delivering, managing, and retiring a building–that is, the total cost of owning it over its lifetime. Viewed through that lens, better buildings, that is buildings that perform better on a select basket of criteria–should cost no more if not less than traditional ones.

Uncertainty, tight profit margins, risk aversion, ownership strategies, tax policy, and financial practices are among the factors preventing a shift to lifecycle analysis. To overcome such obstacles, new delivery and management strategies have emerged, such as Building Information Modeling (BIM), holistic and integrative design, and linking buildings into the Internet of Things. The overarching goal is to simultaneously advance building quality, cut cost, and add certainty, all with a view to reducing the risks and expanding the rewards of better buildings.

Investment is the key to market transformation. Despite ongoing efforts to whittle down the risks of a shift to high-performance buildings, investment decision makers remain troubled by a few key problems:

These are often symptoms of an unbalanced system, and until the “magic” of sustained balance is delivered with certainty, investors are likely to remain skeptical. Creating that magic depends on locating the sources of imbalance and engineering them out.

In HVAC, components are typically sized and balanced according to full capacity and flow, with devices added for fine tuning. But fine tuning at each step changes the system, creating an unfolding, dynamic imbalance instead of a static balance. ASHRAE recommends in some cases as many as three resets to reach technical balance. But even then, the system is balanced only while in full flow position, and changes in the pressure or flow will again throw the system into imbalance.

Achieving stable balance in performance will require both an integrated design at the front end and a mechanical capacity for ongoing rebalance–which means a steady stream of performance data, ongoing data analysis in real time, and constant adjustment as load, pressure, and flow conditions shift under actual operation.

Even if a system is continuously balanced, its efficiency can still degrade over a short period of time. Efficiency losses can rise as high as 20 to 30 per cent as the system achieves equilibrium at the lowered levels. The source of degradation is typically not defective components, but rather components that inadvertently introduce a degrading force–a substance, pressure, or some other force not part of the system’s equation–into the system.

Averting degradation requires an inventory of such forces and component design that engineers them out; holistic building design, and the high performance it promises, requires components designed specifically for their role in a system.

In applications such as data centres or hospital operating rooms, where building performance failures may cost millions of dollars or even lives, system efficiency is never the first priority in system management. The question, then, is how to maintain reliability in system efficiency when the hands-on managers are focused elsewhere.

Sustained performance depends on data and data analytics in real time. It is necessary to know in the moment if a building system is falling out of balance. It is common for traditional systems to frequently generate data on performance, but they do not typically communicate it for analysis.

Ensuring system reliability requires integration of sub-systems that can effectively predict maintenance needs and diagnose problems. Data needs to be put through a rapid analytics process and performance adjustments made in the moment to prevent unexpected problems from spinning out of control. If onsite management does not provide the analysis and response, then the system will require data transmission and off-site analysis and response capabilities. It will require integration into the Internet of Things.

Studies attribute annual losses of $3 to $7 billion to lost productivity due to workplace comfort issues. Inefficient control strategies are often the first culprit, compounded by human interference and system balance failures. When combined, they produce massive swings in temperature.

An important thread running through many system balance challenges that impact comfort is the initially small variations in performance that accumulate into system failures. A vital innovation for addressing such small variations is variable speed technology that can maintain tight and precise control over performance, including, for example, the discharge air temperature, so the temperature is constantly maintained within the comfort zone.

When the relationships between components are well controlled, the benefits of integrated building design can be secured. However, when the relationships between components are compromised, operating efficiency, reliability, and comfort are likewise compromised. Thus, data, data analytics, and real-time minutely-calibrated response together form the nerve system of sustained high performance.

If reliable high performance is the key to investor confidence, then integration of data-response systems into buildings–and integration of buildings into the Internet of Things–is imperative. How to accomplish those two tasks and maintain the lifecycle cost savings that can drive building market transformation is the question that stands at the threshold of the future of buildings. <>

John Sheff is a business development manager focused on utility programs and end user strategy at Danfoss. Previously, he worked as an energy and sustainability policy analyst in the office of Maryland’s governor.