Update: The Heating, Refrigeration and Air Conditioning Institute of Canada reports that the timeframe for implementation of thermal metering regulations has been altered. The new version is found in Bulletin V-31—Implementation of thermal energy meter requirements. It updates the timelines that were proposed in the initial consultation, as well as insisting on the use of the exemption provisions found in section 7 of the Weights and Measures Regulations when an unapproved meter is to be used.

Measurement Canada is currently developing alternative service delivery programs to accredit test facilities to perform initial certification. This may also include re-certifications, if requirements to have the meters re-certified are enacted.

Thermal energy meters, also known as Btu meters and heat meters, are moving from the realm of simple measurement into use as billing devices, which raises some regulatory questions on the municipal, provincial and federal levels. The issue is analogous to a gas pump that is measured and calibrated in accordance with the prescriptive requirements g 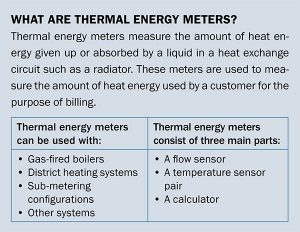 overned by Industry Canada–Measurement Canada (MC) under the mandate of the Weights and Measures Act.

Previously, there was no specific legislation or guideline in place from MC to govern the suitability or certification of Btu meters in Canada, meaning the devices were not regulated under the Weights and Measures Act. This is unlike electricity, water and gas, which have regulated measurement (metering) practices in place to ensure fair measurement for both suppliers and consumers.

Without accurate measurement systems installed, thermal energy systems will not be able to allocate costs effectively. This could potentially result in lower returns on investments for suppliers, increased end-user consumption (waste), or unfair bills to end consumers.

As HPAC columnist Mark Evans noted in a 2015 article, “We have a long way to go before Btu metering becomes ubiquitous and hydronic heating/cooling are mainstream. A fully-vetted, consensus Standard, along with guidelines requiring manufacturers meet a single stated accuracy level to ensure ongoing “in service” accuracy (to protect consumers from erroneous billing) are what is needed to advance this technology.”

In 2017 with the intention of developing technical requirements, input was sought from owners of thermal energy meters in use used within Canada; industry members and associated organizations; and consumers who were billed for heating or cooling on the basis of the measurements provided by a thermal energy meter.Following those consultations, Innovation, Science and Economic Development Canada tells HPAC that technical requirements have been formalized and MC will continue to expand its knowledge in this field by visiting partner laboratories across the world to learn best practices.

It is expected that MC will issue its first approvals of thermal energy meters before the end of 2019.

Devices installed prior to the requirement to use an approved meter (tentatively, 2021) will be allowed to remain in service until 2026. After that date, MC will begin requiring their removal and replacement with an approved meter.

In the interim period from 2021 to 2026, MC reserves the right to perform inspections of all installed thermal energy meters, whether or not approved. If an unapproved meter is inspected, it will be allowed to remain in service until 2026, provided that its performance is satisfactory. 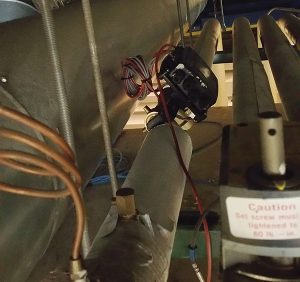 For background and more information on this topic see “A Shot in the Arm” by Evans in HPAC August 2015 (digital archives at www.hpacmag.com). <>