One Control to Rule Them All

How I got here and what I’ve learned about this industry. 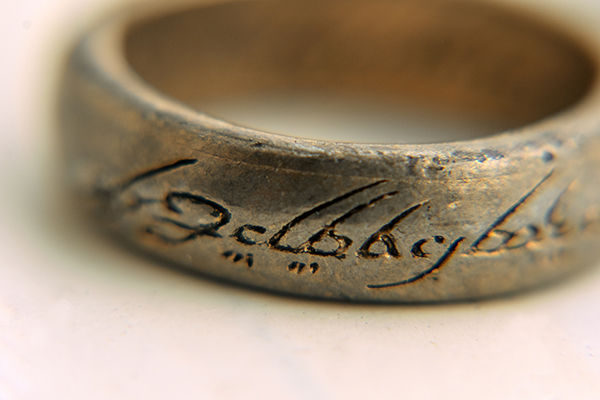 I love The Lord of the Rings. My family and I do what we call a “Lord-a-thon” each year in December. We get together as we watch each movie until they are all done, all six of them, including the The Hobbit, of course.

If you’re not familiar with the J.R.R. Tolkien series, the basic premise behind the movies is: there is one Ring to rule them all.

I mention this because it reminds me of the time Tom Hermann and I were sitting on the plane together heading from Calgary to the CMPX Show in Toronto for the first time.

I had just finished our initial prototype of the CPU-1000, a boiler controller.

It was only a raw circuit board and would only “run” hooked up to my computer.

Tom and I stared down at it while on the plane, and we talked about how this one control was going to take over the industry—one control to rule them all.

We loved it. I had worked on it for almost two years by this point, and it was my baby.

My hydronics industry origin story goes like this: Tom Hermann, the “H” in HBX controls, called me up out of the blue while I was working in a different industry. He found my name through the grapevine somehow.

I was a skateboarding backwards-hat-wearing kid, as Tom would say back then. He needed some help with a pump exercising board. This led to a couple other small projects before evolving into a business partnership and the formation of HBX Controls in 2002. (After all what kind of a name is “H” controls?)

Tom, a mechanical engineer with years of history in the hydronics field, saw something in me back then, and whatever that was it has worked out for a very long time. HBX Controls has been a thriving company for almost 20 years now, and I am proud to be part owner in it.

When I first started out in the HVAC industry, I thought, “What the heck is hydronics?”

I had never even heard of it (one reason we need to get the word out there more, but that is a whole other topic for another day).

I had been working with electronics and designing for a while, but I was enamoured with the idea of starting a new adventure. I would sit in Tom’s office for hours going over design possibilities and other controls. All we would do was talk controls and hydronics.

I knew that I would need to know everything there is to know about hydronics in order to build the best controls possible. We were going to take on a very entrenched industry, and change, no matter what industry, is never an easy road.

So I would have to say that Tom has been my number one influence in this industry, hands down.

It was after I started to get to know the industry a little better that we were finally ready to launch our first product at the Foothills Conference in Edmonton.

I had never even done a tradeshow before, and I was so excited. And on top of everything, I was asked to do a presentation on P.I.D. [Proportional Integral Derivative control], one of my favorite topics. I was very nervous, and I did not to want to screw up in front of all these people.

At the time I did not know a lot of people in our industry from outside of Alberta, but I did know of one—John Siegenthaler.

Everyone in this business knows John, and he was at my presentation, which made me even more nervous.

As far as I could tell the seminar went well, at least I didn’t throw up from nerves.

The next year I happened to bump into John at the massive ISH trade show over in Germany.

I did not expect what happened next.

He struck up a conversation with me, and we chatted for about half-an-hour. We talked about a lot of things, like the industry in general, where things might be going, and how he loved solar technology.

My main take-away was that John treated me like an equal, something I did not expect being so new in the industry. Since then, John and I still chat at trade shows and sometimes throw around control ideas, which I enjoy a lot.

The “physiological effects of radiant heating” was something I first learned about while sitting at a seminar led by Robert Bean. It was one of the most important aspects of hydronic heating I had ever heard.

Robert is a genius at putting these aspects of hydronics and radiant heating into perspective. I did not really know Robert at this point, but with him also being from Calgary we would bump into each other a lot.

Like John, Robert treated me like an equal right from the start. This seemed to be a trend in the industry—something I have found did not end with John and Robert.

When we would see each other Robert would also make time to chat about not only our industry but business and other things as well. I got to know Robert over the years well enough to even go out for dinner and pick his brain about certain things we both share a passion for.

Both John and Robert have a genuine love for the HVAC industry and hydronics, and well, for that matter, so do I.

Something I think we all share, is we all want to see this segment of the industry grow into something that becomes a household name.

Radiant heating, hydronics, physiological effects, should all be words that everyone knows.

The approach that John and Robert take in teaching and lifting the industry is great. They have helped me see that this industry is big enough to touch a lot of people, but it’s also small enough that we can all become much more than acquaintances. <>

Curtis Bennett C.E.T is the product development manager at HBX Control Systems in Calgary. He formed HBX with Tom Hermann in 2002. Its controls are designed, engineered and manufactured in Canada to accommodate a range of hydronic heating and cooling needs found in residential, commercial and industrial design applications.