The problem with adding controls is that usually the controls cannot do everything that needs to be done in one control. 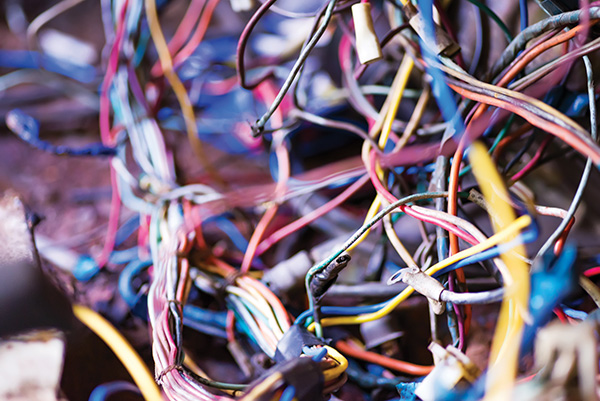 When I told my wife that I was writing an article for HPAC Magazine she asked what it was about. I said, “Over controlling.” Her and my daughter both laughed and said “That should be easy for you!”

I think they were talking about something else. Lol.

I love controls. I eat and breathe controls. They’ve been my life for 20 years now.

Controls are a subject that can be written about from at least two ways. The first would be how to keep projects simple and inexpensive, and the other extreme would be developing building management systems (BMS) that are controlling every aspect of a complex system. Either way still takes skill and knowledge to achieve an end goal. That end goal is not to have controls installed on the wall; the end goal is a happy home, or building, owner.

There is something to be said about the simplicity of an aquastat—yes, there really is. They can be easily installed and just as easy to troubleshoot if something is going wrong. Today’s topic is not that “simple”. We are going to look at what has been done on the other end of the spectrum.

I have said many times before that I am no expert in controls, but I have been around them long enough to have seen some issues that may help out some people in the future. Many times, in the world of geothermal (otherwise known as ground source heat pumps) I have seen some “overkill” when it comes to controls. Sometimes simple is good, and most of the time bigger is not better when it comes to these controls.

Over the years geothermal systems tend to be the worst offenders when it comes to over complication. I do believe that the over control situation often comes from the fact that it is a geothermal system and there is a tendency to want to ‘wow’ the customer.

Now there is nothing wrong with doing that, I try to do it all the time, but sometimes it’s the controls that suffer. Geothermal by its nature is trying to gain efficiency in a system, so I think we tend to put a few more things in than might be needed. Once again, I never write to poke or prod anyone or pretend like I speak gospel. So just keep that in mind as you continue.

Over controlling is not done on purpose, at least not for the most part. I think it’s a gradual process that tends to come out of necessity in geothermal. Geothermal systems have more “parts” to them than a traditional boiler system.

Another reason for the over controlling is the longing for every bit of efficiency—the big COP (coefficient of performance)—trying to squeeze every Btu out of the system with the least energy possible. I sometimes think that if the house being installed into had a few extra hamsters in it, some installers would try to hook them up to a wheel to get some extra heat.

The number one problem I see in over controlling comes from necessity, but not the good necessity. Too many times I have seen a full mechanical system designed, AND THEN the controls are designed in. This creates a huge problem. If you don’t design mechanical systems to be controlled with controls that are available then this is the start of the downhill slide.

Too many times we get this call: “Here is the mechanical system, what controls do we need?” Now don’t get me wrong, I do understand why it’s done this way, especially on big projects. Projects that are engineered are always done mechanical first and then controls are added after, and even with that the controls may need to be DDC or BMS.

The problem with adding controls after is that usually the controls cannot do everything that needs to be done in one control. So more controls are added, and then they have to communicate with each other, and that poses more problems. Relays get added to interlock and turn off pumps and heat pumps while other devices are running, and so on. This is what I mean by necessity.

The way the mechanical system was designed did not take into account how to control it properly. We tend to add more controls when the system seems to not be working correctly. When I think we should step back and try to see where the real problem lies.

Ok, tell me I’m not the only one out there that has seen a system where you know they just keep adding controls to fix issues because some things are not working, until you have this mess that is way too out of control (ironic, I know). The more complex a control design the harder it is to tie everything together.

The other more notorious version of over controlling “syndrome” is the one that comes when we try to do too much right from the start. Way too much.

Like I said above, I understand that we want to make the most efficient systems—that’s why we keep evolving controls—but the issue is at what point do we start gaining very small amounts off efficiency at a higher cost. That desire for ultimate efficiency is why I think this happens in geothermal systems more than traditional boiler systems. I do caution at this point that the home owner is the one left with the system at the end of the day.

One of the biggest problems I see, well ok there are two. First is the infamous single tank for heat and cool water, when there should be two tanks. One for hot and one for cooling.

We so often get calls to help out with a system that won’t work properly. Of course they blame the controls first (or maybe I just hear that more because that’s where my head is).

In my experience, one tank can’t do the job of two.

After some quick deduction of the system and the needs of the installer you can see that they want heating and cooling at the same time, but that is not possible with a single tank. So then we start adding relays to interlock heating and cooling systems out of each other, and then add a winter and summer switch-over thermostat for the homeowner.

These systems are installed to be efficient, but as soon as you heat up the tank to satisfy the heat load and then when that finishes it must cool the tank all the way down to satisfy the cooling load, and then vice versa all the time. Not good, not good at all.

The second big problem is when there is not enough field system. Either not enough holes drilled or not enough horizontal field system made. This presents some big issues with over heating or freezing the field system. Then we have to add more controls to alleviate this underlying issue. You also guessed it, these controls need to talk with all the other controls. 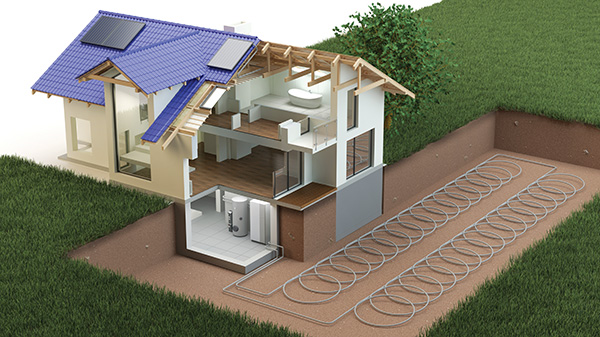 Now don’t get me wrong, I like controls, a lot, and I like to make sure systems run correctly, but I don’t like it when they have to add up because the mechanical system was not designed correctly.

We definitely do our best to fix issues with controls, but sometimes we do end up over controlling things. And then we end up putting band aids on a compound fracture. It may stop the bleeding if we put enough on, but the arm is still broken underneath.

The final problem I see are people adding controls just to add controls.

Most often the goal is efficiency, but the real loser is the homeowner. They become tied to the controls contractor, because the system is so complex anytime something is weird they need to call.

Some of these over controlling items are extra set points for extra tanks, switchover thermostats for summer and winter, or just adding relays to interlock systems that don’t need it. It seems good at the time, but these additions become complex at the end of the day. Remember, the goal is to have a happy homeowner.

Designing geothermal systems with the controls in mind from the beginning is a good start. Controls are evolving with more capabilities to make the necessary adjustments needed to help systems to be more efficient, and these built-in extras will make it easier for the installer as well as the homeowner. When homeowners are happy then contractors are happy. And that helps our industry. <>