What to do about that pesky R-22 chiller: Part II

In Part I, which appeared in HPAC October 2018, the various considerations prior to undertaking a chiller conversion were discussed. What follows is a simple (or maybe not so simple) step-by-step procedure for actually converting a R-22 chiller. 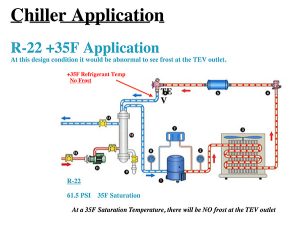 All system TEVs should be checked for proper superheat setting and adjusted as required. If the refrigerant chosen for the conversion is a high glide refrigerant, then the technician will need to familiarize himself with the proper way to set superheat (and subcooling). Single component refrigerants such as R-22 will have a constant refrigerant saturation temperature at a given pressure.

I had a conversation recently with a contractor regarding R-407C chiller conversions. They were complaining there were issues with the R-407C and they were considering using another refrigerant for upcoming conversions. 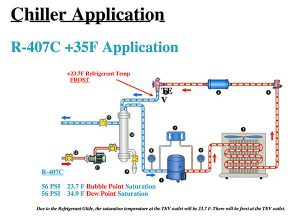 After listening to their experiences, it was determined their complaints were simply the result of not understanding the nature of a high glide blend.

Referring to Figure 1 (R-22 Chiller Application) and Figure 2 (R-407C Chiller Application) below, you will see a chiller application with a 35F SST. The pipe connecting the outlet of the TEV to the inlet of the chiller barrel will be at 35F. Because this is above the temperature which water freezes, there will be no frost on the pipe.

The fact this section of piping had frost on it, whereas prior to the conversion frost was never seen on the piping, was the source of confusion/complaint. After the explanation was given that the glide was the culprit for the frost, the contractor was satisfied and happy. There were no other issues only the fact something was seen that was not seen before and it was mistaken as a problem. <> 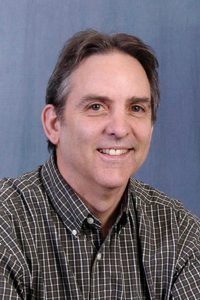