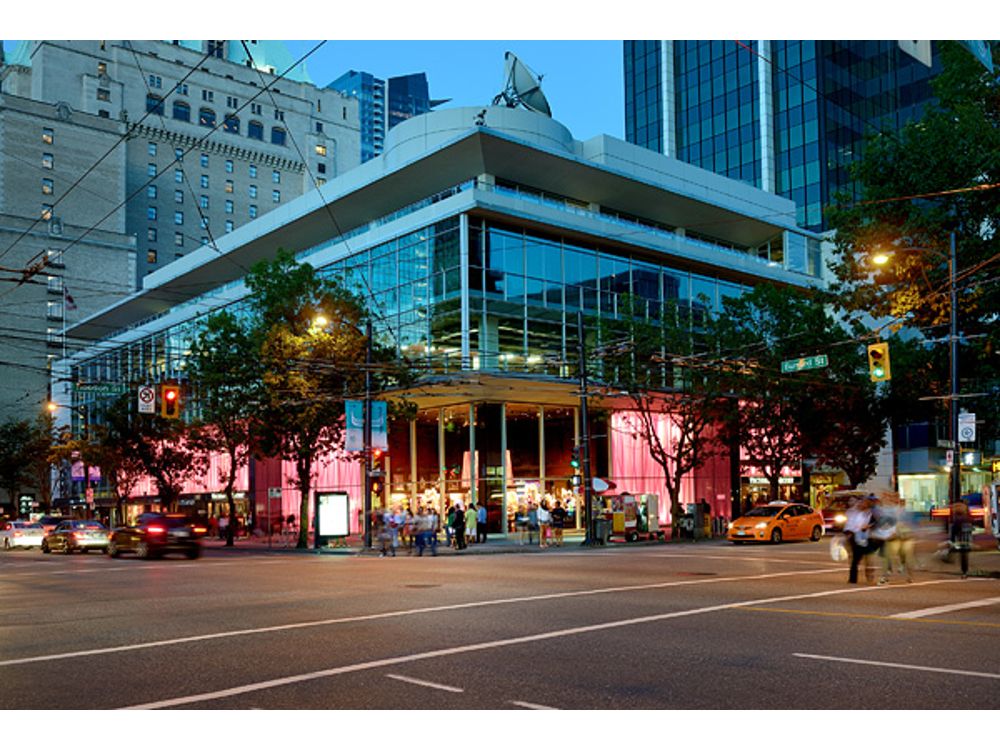 Morguard Investments Limited has brought a decades-old structure in downtown Vancouver, BC into the 21st century.

The retrofit of Robson Central, a former library, focused on reducing energy consumption and maintaining comfort throughout its 24 hour a day, seven day a week operating cycle.

Located in the city’s shopping district on the corner of Robson and Burrard streets, the building is home to Bell Media/CTV, the Globe and Mail and several retail tenants.

The addition of variable speed drivers, a direct digital control system and innovative software analytics to the more than 60-year-old building allowed Morguard to achieve a 20 per cent reduction in energy consumption over the course of 2017. 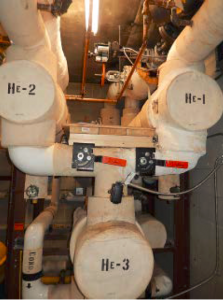 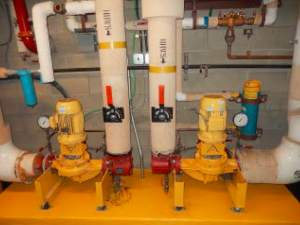 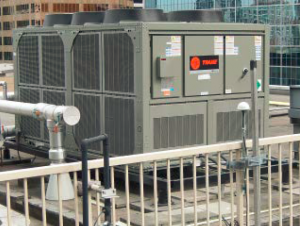 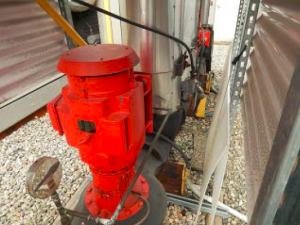 The heating and cooling systems at Robson Central.

Heating and cooling for the building is provided by air handling units (AHUs) distributing conditioned air through duct systems with variable air volume (VAV) and fan-powered terminals to ceiling diffusers and floor grilles.

“In terms of the ventilation system, five AHUs provide the base heating, cooling and ventilation for the building,” Johnston said. “These air handling units have economiser dampers, heating and cooling coils, supply and return fans with variable speed drives for variable air volume operation and cooling with outside air. The base air handling units supply both interior and perimeter spaces.”

Morguard also introduced a single building management system (BMS) platform and tailored software analytic rules, reports and features, including the Golden Standard, which is being used to monitor all changes made to the BMS and alert users of differences between current energy usage and set standards.

“This feature provides a dynamic update of indicators, creating opportunities for improvement and better use of resources,” Johnston said.

The building was also recommissioned entirely to improve operation of all equipment and systems, undergoing an investigation by the company to identify problems and systems integration issues.

“[The retrofit] was successful thanks to the installation of submeters for all tenants [and] training provided by our consultant to all our tenants, so they could be able to access to the building’s system to control their zones, and the installation of base building equipment to provide accurate data and monitoring utility usage,” Johnston said.

Despite the challenges of retrofitting a heritage building home to major tenants, Morguard earned a LEAP (Leadership in Environmental Advancement Program) award in June from the Healthcare of Ontario Pension Plan for the building’s reduced energy consumption.

“The LEAP award received in 2018 from the Healthcare of Ontario Pension Plan encourages us to keep innovating and pursuing energy efficiency throughout all our operations,” Johnston said. www.morguard.com