How do you say quality is in the air?

Contractors and technicians find themselves on the front line trying to help occupants obtain the benefits of cleaner air.

The American philosopher, naturalist and historian, Henry David Thoreau, best known for his 1854 book, Walden, wrote, “What is the use of a house if you haven’t got a tolerable planet to put it on?” I can understand Thoreau’s despair about the environment. Industrialized cities must have been horrifying places to live by any standard. Outdoor air and no doubt indoor air, was filled with particulates of wood and coal smoke plus the products of combustion coming from oil lamps and gas lamps later on. Lack of sanitation permitted disease and foul odours to plague the health of citizens every day. Dust and dirt whipped up by traffic on unpaved streets settled everywhere, in and out, plaguing rich or poor.
Toronto, in 1850, was no different from other cities of the time. Hogtown, as Toronto came to be known, featured large, odourous meat packing plants as one of its major occupations. They are gone now, but you have to imagine that quality indoor air was just a dream for generations of residents in the slaughterhouse districts of any city. However, in spite of all that, the number one cause, by far, of human morbidity and mortality in 1850s Toronto was Tuberculosis, also known as consumption. So many died from TB that the average life expectancy for males was only 40 years, too young to develop today’s mass killers, heart disease and cancer.
Are things that much better today? If indoor air quality (IAQ) depends upon the outdoor air being as fresh and clean as possible, it would be difficult for me to insist that today’s outdoor air quality is far superior to that of 1850. While particulates, odours and airborne pathogenic disease organisms may be much less prevalent today, it is true that many people in the 21st century suffer from the effects of pollutants unheard of in the 19th century.
Automobile exhaust including diesel smoke and volatile organic compounds such as benzene, acetone and many other pollutants, both man made and naturally occurring, are everyday concerns. In parts of many Canadian cities these pollutants are found in trace amounts, but for those living near industrial areas, airports, heavy traffic routes and intersections, air pollution is a real concern. Although the average life expectancy for Canadian males has increased to over 70 years, no one can say for sure what constitutes ideal IAQ when the outdoor air is not as fresh as it once was.

WHAT WE DO NOT WANT INDOORS
What we do not want and what we end up with in the indoor air is a complex, often subjective, study. Many people “feel” the air is bad but cannot pinpoint a cause. What conditions or combination of conditions make people ill or uncomfortable? For example, many people suffer from illnesses related to unregulated humidity. Should indoor relative humidity wander too far from its ideal range of 40 per cent RH to 60 per cent RH for too long, then mould, viruses, bacteria and dust mite (dust mites’ feces is the allergen) populations grow with relentless abandon.
Time to start using chimney chases or faux chimneys (perhaps several) to get all vented products up and away from ground level.
We do not want the products of combustion indoors. Carbon monoxide must never be allowed indoors, yet too often it is, resulting in human or animal tragedy. Nitrogen oxide (NOx), nitrous oxide (NO2), volatile organic compounds, particulate matter and sulfur dioxide and excess carbon dioxide should stay outdoors.
Carbon dioxide, one of the main products of combustion, which is typically measured outdoors at 400-500 ppm can often go much higher indoors. Large groups of people in a poorly vented space or perhaps a home gymnasium with several people working out doing aerobic exercise could easily push CO2 into the 2500 ppm range or higher. That is high enough to cause a decrease in mental performance leading to confusion; at a 10 per cent concentration (100K ppm) you are going to blackout.
We do not want tobacco smoke, candle smoke, wood smoke or diesel smoke indoors because these pollutants contain, in part, lung irritants called fine particulate matter. The province of Ontario defines fine particulate matter as, “matter that is 2.5 microns in diameter and less. It is also known as PM2.5 or respirable particles because it penetrates the respiratory system further than larger particles. PM2.5 in Ontario is largely made up of sulphate and nitrate particles, elemental and organic carbon and soil.”
We also do not want chemical vapours, odours associated with biological decay, asbestos, radon gas, mercury vapour, formaldehyde, pesticide residue, tree and plant allergens, and excessive noise, and so on.

WHAT THEN IS QUALITY INDOOR AIR?
Air and water: our two most precious live-giving resources. Neither one is naturally pure; water, for example, always has something in it because water is a natural solvent and scours electrons from everything it touches. Air is no different. I already mentioned some of the things we do not want to breathe, but the fact is our air contains some noxious elements in varying degrees all the time. It seems that many people are apparently unaffected by poor air quality, while others suffer a range of symptoms that may be defined as anywhere from mild to life threatening.
HVAC contractors and technicians, often without proper training and test tools, find themselves on the front line trying to help homeowners obtain the benefits of cleaner air every day at home and at work. I am not sure we are getting anywhere in providing consistent IAQ for those who need it the most, the rest of us notwithstanding. 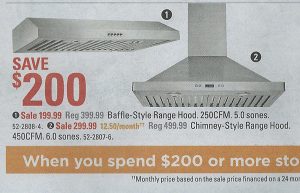 QUALITY INDOOR AIR STARTS WITH BUILDING MATERIALS
I watched HGTV’s six segment series featuring Mike Holmes and his son, Mike Jr. in which they rebuild what looked like an 80s subdivision bungalow owned by Mike Jr. I was interested to see what HVAC innovations Mike Jr. would want as they added a second floor. Mike Holmes builds a bit over the top, but he is concerned about insulation, high performance windows, tight sealing, vapour barriers, prevention of mould growth and fire protection. Mike Jr’s house is a sterling example of Mike’s philosophy. This time Mike used a new type of drywall manufactured by a Canadian company that captures (within each sheet of drywall) VOCs such as formaldehyde and other aldehydes never to be released into the indoor air again. That is a great start for a newly constructed house as the drywall will capture outgassing from carpets and other construction materials.
Mike Jr’s house has R20 batts in the exterior walls (no spray foam this time) and a further two inches of Styrofoam on the outside minimizing thermal bridges. Tightly sealed, certainly it is on the road to Passive House standard. However, disappointingly, there was no mention of ventilation control or other HVAC.
I noticed large bulkheads in the basement suggesting a conventional furnace and ductwork. The kitchen has a chimney style large range hood probably in the 700-900 cfm range but there was no mention of ducting or make-up air. Tightly constructed buildings are energy efficient, but may not be the best places to find quality indoor air unless the idea of PSIM (properly specified, installed [including commissioning] and maintained) equipment is the primary focus of everyone involved.

WHAT CAN BE DONE?
When talking about existing housing, especially in Ontario, I have mentioned before that many houses constructed since the late 1960s have very poor air handling systems. Installing a high efficiency in-line cabinet air filter will require serious duct renovations in most cases. It is best to leave that job until furnace replacement time comes along should the customer balk at the cost.
If your manufacturer offers a larger cabinet size than you need, consider installing it horizontally in the furnace return air drop duct. Check the manufacturer’s specifications beforehand to be sure the oversized unit has the lowest possible pressure drop at your required air flow. These filters, which offer HEPA or better than HEPA performance, will improve IAQ dramatically especially for those suffering from air borne allergies.

Another Strategy: Bypass Air Purification and Filtration
Because in-line high efficiency air filters are too restrictive in second rate duct systems, I contacted Ray Gatt, Ontario and Manitoba regional manager at Sanuvox Technologies, about utilizing a bypass UV filtration system to alleviate excessive pressure drop. Gatt told me his product, “does not have an effect on the static pressure and is fan driven. This unit could be used in a typical residential application…it comes with a UV system.” The unit also contains a HEPA filter and combined with the UVC and UVV wavelengths of the lamp, it is capable of destroying odours too.
Canadian-made Amaircare offers a family of bypass HEPA filters that offer three-stage filtration and an optional VOC canister. Another Canadian manufacturer, 5 Seasons Electro Air, developed a duct mounted bypass HEPA air cleaner with a UV light and photo catalytic filter capable of “removing biological and chemical contaminants and odours such as toluene, benzene, cooking odours, tobacco smoke, bacteria, viruses, mould and more.” These units are typically available as stand-alone models for use with hydronic or electric baseboard heating systems.
Generalaire, Honeywell, Field Controls and other UV light manufacturers offer in-duct purification systems without HEPA filtration that typically do not affect airflow significantly.
As a properly trained and committed contractor with the right tools and equipment you can make an important, beneficial improvement to your customer’s IAQ problems. The drive to further tighten-up residential buildings will eventually cause ventilation and IAQ to become your primary concern.
A COUPLE OF TIPS
I know many homeowners are very concerned about the quality of the indoor air in their homes. I used to get their calls regularly in my previous position. They would call me about too much humidity, too little humidity and funny odours after a high efficiency furnace was installed, among other things.
TIP: The MSDS sheets for PVC cleaner and adhesive reads: “Prevent inhalation of solvents. Use in a well-ventilated room. Open doors and windows to ensure air flow and air changes.” Some homeowners mistake the solvent odour left over from the vent pipe installation process as a problem created by the new furnace.
TIP: Never promise a homeowner that the need to dust furnishings will be reduced or eliminated by installing high performance in-line ducted air cleaners. The amount of dust in the air has a lot to do with the veracity of the air handling system. If the heavier dust particles are not moved along with the appropriate velocity, they will usually fall out of the air right on top of the mahogany coffee table. You are selling the best air cleaner to capture the smaller airborne particles (0.3 to 0.1 microns) and you want to keep the HVAC system as clean as possible. Remembering that dust is largely made-up of dead human/pet skin cells, pollen, textile fibres, soil and cosmic dust (yes, perhaps as much as 40K tons of cosmic dust showers our planet every year), there is no end of the need to dust the furniture and vacuum/mop the floors.