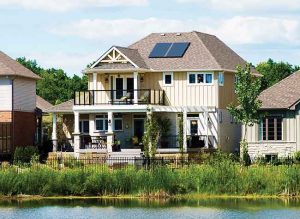 Having been involved with the solar water heating (SWH) industry since the early 1980s, I can tell you that it has faced many challenges. A look at its history in Canada reveals that SWH has been on a roller coaster ride since the late 1970s. Today the SWH industry is certainly down, but is it out?

A look at its history in Canada reveals that SWH has been on a roller coaster ride since the late 1970s. Today the SWH industry is certainly down, but is it out?

Looking back, the first upward trend for the SWH industry occurred in the post Middle East oil embargo period of the early 1980s. The federal government invested heavily in SWH startup companies and subsidized both residential and commercial SWH installations. There were many new solar companies involved in manufacturing, design and installation of SWH systems that evolved at that time. However in approximately 1984 government funding for solar was discontinued and the industry collapsed with many companies going bankrupt or switching to other industries.

Fast-forward to the early 2000s and the solar industry started to show some signs of renewal. There was a newfound interest in green technology, fossil fuel prices were rising rapidly and climate change was becoming an important issue. A renewed interest in SWH developed, with multiple levels of government jumping in to provide support programs.

It seemed that all indicators were pointing in the right direction and many in the industry truly believed that this time solar thermal would be here to stay. The Canadian solar thermal industry, including solar water and solar air, saw huge growth rates from 2005 to 2010 with glazed and unglazed solar collectors installations peaking in 2010 with close to 199,000 m2 of collector area installed. 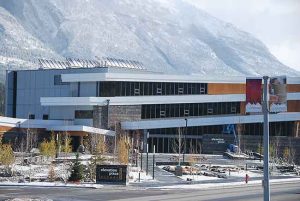 This newfound enthusiasm did not last. In 2010 the federal government slashed funding again and the industry has gone into steady decline. There have been five straight years of declining installations and in 2014 installations had dropped to 57,000 m2 of installed collector area. Once the numbers are reported for 2015 and 2016, it is expected the totals will have shrunk even further.

The story is similar for the rest of the world, although not quite as dramatic a drop off as in Canada. This is in contrast to the renewable electricity industry sector made up primarily of solar PV and wind, which has seen explosive growth rates over the last 10 years. Worldwide installed capacity of solar PV in 2005 was 5.1 GW and in 2015 the total reached 227 GW. Wind power has seen an equally impressive growth rate going from 59 GW in 2005 to 227 GW in 2015. Future growth is expected to continue at this fast pace.

There are many factors related to policies and economics that are driving the growth of the power sector worldwide. Since power sectors consist of centralized distribution systems, it has been far easier for large-scale deployment of PV and wind into the electrical grids. PV and wind have also experienced dramatic decreases in costs as the economy of scale has ramped up production.

The heating sector on the other hand is made up of systems that are primarily de-centralized, requiring on-site storage or direct use and must be tackled on an individual building basis. This has made large-scale deployment much more challenging.

Government policies often drive the growth of renewable technologies and this is another area where the power sector is far ahead. Heating accounts for over half of the world’s final energy consumption (this percentage is even higher in Canada’s colder climate), so if the world is to reach its global climate change targets, more emphasis on the renewable heating sector is required everywhere.

Canada currently does not have any national renewable programs or strategies and only a few provinces have renewable programs. The new federal government has shown a change in its attitude toward climate change and renewables – time will tell how this plays out with actual policies and programs.

In Canada we can attribute the drop in the SWH market primarily to changes in government policies and the low cost of fossil fuels. SWH systems rapidly became economically uncompetitive when the federal and provincial government’s subsidy programs ended at the same time as the price of natural gas plummeted. These factors were a double whammy that made it almost impossible for anyone to justify the high installation cost of SWH systems.

Many governments and organizations changed their focus to renewable electricity rather than renewable heating. In Ontario where the Green Energy Act introduced very generous financial incentives for the PV industry, the collapse of the solar thermal industry was especially dramatic. Many contractors who were in the SWH business changed over to selling solar PV because of the Fit and MicroFit feed in tariff program. In many areas this left a void with no one left to install or service SWH systems.

The decline of the SWH market cannot be attributed to the technology itself. In many ways the SWH industry has matured with products that are now high quality, reliable and technologically advanced. It is ironic that the market has seen such a decline when SWH products have been making gains technologically.

Those gains include the introduction of high tech collector systems with quick connect fittings, pre-engineered mounting hardware, pre-fabricated pumping stations, complete packaged residential systems and high tech electronic control systems that can communicate through the internet. All of these things can make modern SWH systems highly efficient, faster and easier to install, and more reliable than in the past.

The cost of properly installing a good quality SWH system is still the biggest drawback for the technology. SWH systems still have a high capital cost for equipment and can be labour intensive to install. This differs from the dramatic decline in prices seen in the solar PV industry. Unlike PV systems that typically transfer collected energy straight into the electrical grid, most SWH systems must have the ability to store energy on-site until it is needed. This adds the cost and space requirements of storage tanks to a SWH system.

Solar pool heating systems are the exception to the high cost and storage requirements of solar. DHW heaters use low cost unglazed plastic collectors and do not require solar storage tanks. This has made solar pool heating systems the most cost effective use of SWH in North America for many years. This application continues to hold the largest market share of solar collector area installed in North America.

Another issue that the SWH industry faces is the lack of knowledgeable designers and installers. Many good SWH installers have turned to other market areas to survive.

WHAT DOES THE FUTURE HOLD?

Globally SWH continues to be a very important piece of the global renewable energy mix. Even with the recent decline in the growth of the market, many countries around the world see SWH as an important part of their low-carbon heating requirements. In its recent publication Solar Heat Worldwide 2016, the International Energy Agency reports that SWH continues to grow in some countries and highlighted a few new emerging trends in the SWH industry.

Many countries are seeing a transition away from single-family home SWH systems to commercial SWH applications in multi-family homes, public sector buildings and tourism. Another emerging market is developing for large-scale solar district heating systems. Large-scale process heat applications are also seeing growth with many interesting applications in the mining, food service and brewing industries. There is also growth in new companies offering energy performance contracting.

In Canada there is still a small but very committed group of companies promoting SWH products. Enerworks located in Woodstock, ON supplies flat-plate, vacuum tube and unglazed plastic pool collectors. “The residential SWH market is essentially dead, however the solar pool heating market is still going strong,” said Suni Ball, general manager of Enerworks. He sees opportunities for commercial SWH heating systems, especially in the dairy industry and in the multi-family building sector.

Ian Lindsay, director of technical operations at Viessmann Manufacturing Company in Waterloo, ON indicated that “Viessmann sees SWH as an important part of our renewable product offering and we are still committed to the SWH industry in Canada with a full range of flat plate and evacuated tube collectors.” The company plans to introduce some new products later this year, which will further advance its collector technology.

Dartmouth, NS-based Thermodynamics Ltd. has been in business since 1981 and is considered to be one of the longest serving SWH manufacturing companies in Canada. The company has been very active the last few years supplying residential SWH systems for the City of Halifax’s Solar City Program. There are other companies scattered across Canada supplying SWH and solar air heating systems, and the Canadian Solar Industries Association (www.cansia.ca) is a good spot to search for companies involved in the solar thermal industry.

With space and domestic water heating making up such a large part of Canada’s energy use, it is important for governments not to focus all their attention on the renewable power sector. SWH systems still offer a great way to provide low-carbon emission free renewable heating technology for the HVAC industry. Whether it is for domestic water heating, pool heating or combined space heating applications, they provide an important tool in Canada’s battle to reduce greenhouse gas emissions and climate change. Hopefully there is government willpower to support this renewable heating industry.

Robert Waters is president of Solar Water Services Inc., which provides training, education and support services to the hydronic industry. He is a mechanical engineering technologist graduate of Humber College and has over 30 years experience in the hydronic and solar water heating industry.