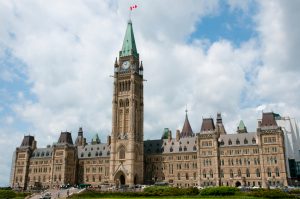 In 1982, a businessman named Melville Neuman had a bright idea. He thought he had figured out a way to split income with his wife using a family holding company (holdco). Neuman had his wife incorporate a company. She took back 99 shares in the holdco for which she paid $99. He rolled his operating company shares in the holdco and took back special shares of another class. It is not known how much those operating company shares were worth, but my guess is at least $300,000.

Mrs. Neuman’s shares in the holdco were discretionary. The Neuman’s had no legal right to dividends unless the company’s directors declared them, and they cost very little. A fundamental principle of the Income Tax Act is that assets (like shares) purchased from a non-arm’s length party, such as a family holdco, have to be bought at fair market value. Because the shares cost only $99, the Neuman’s implicit contention was the shares were only worth $99.

Neuman clearly was not shy about reaping the benefits of his idea. But by giving his wife such a rich dividend, he opened himself to the argument that the shares were worth far more than the $99 that she paid for them. In fact, there was a good argument that they might be worth more than $200,000 based on the dividend rates available in the 1980s.

It was no surprise that the Canada Revenue Agency (CRA) disliked this arrangement. CRA claimed that the income received by Mrs. Neuman should be attributed back to Mr. Neuman and taxed at his rate–not hers. Basically, the argument was that the income in the holding company came from the operating company that had always been owned by Mr. Neuman. CRA argued that Neuman was shifting income to his wife in order to pay less tax.

Of course, that was true. However, Neuman argued that there was nothing wrong with the scheme. The documents were all genuine and there was nothing to forbid it in the Income Tax Act. The case went to trial and slowly wound its way through the court system. One court decided in CRA’s favour. The appeals court decided in Neuman’s favour. And then the case reached the Supreme Court of Canada. In a historic decision, the Supreme Court accepted Neuman’s position.

After that, many people followed Neuman’s example. They created holding companies and issued discretionary shares to their spouses and children. Not surprisingly, this became an important tool in tax planning. It was often used to fund university educations. A child could receive dividends of nearly $40,000 per year while paying almost no tax and that money could be used for tuition and living expenses. Non-working spouses could also earn about $40,000 while paying very little tax. The tax savings were significant.

CRA developed several strategies in reaction to the Neuman decision. First, it implemented a kiddie tax applied to children who had not reached age of majority (technically called TOSI – tax on split income), so there was no benefit in having discretionary shares owned by children under 18.

CRA then focused on situations where it could claim that the discretionary shares were either not properly issued due to poor documentation or were issued for considerably less than fair market value. The agency intimated that it might find a way to apply the General Anti-Avoidance Rules (GAAR) to discretionary shares, although that was never done.

All these things made the use of discretionary shares more difficult, but there were still ways to use the shares with a high degree of safety.

What is a professional corporation?

And then came the July 18, 2017, announcement. In that announcement, the Minister of Finance stated that the TOSI rules, which apply the maximum tax to designated income, will apply to any Canadian resident receiving income from a related business unless the income is “reasonable in the circumstances.”

Any Canadian resident meant that TOSI would apply to spouses, adult children and any other adult relative. Almost any income received from a private company could be deemed to be not reasonable by CRA and the maximum tax rate would apply to it.

Small business groups, professionals and tax specialists reacted to this proposal with alarm. The initial pronouncement was then amended in a December 2017 communication.

According to CRA, the TOSI rules will not apply to “reasonable” dividends received by a person who is between 18 and 25 and who works in the business at least 20 hours per week on a regular basis during the year. CRA will decide what is reasonable.

For people over 25, income earned by individuals who own more than 10 per cent of the shares of a company can be excluded from TOSI income where less than 90 per cent of the business’ income comes from the provision of services and the corporation is not a professional corporation, and the income is considered “reasonable.” I do not understand the logic behind the 90 per cent rule but it seems to apply the TOSI rules to anyone not working in a business that receives virtually all of its income from the provision of services

There is an important senior’s exclusion. Dividend income and capital gains on the sale of property is not subject to the TOSI rules where the taxpayer’s partner is over 65.

Where does this leave us? For seniors who own a company, the new rules are actually more generous than the prior regime. I suspect this senior exemption may be reconsidered in the future as the government sees how much it will cost them.

For everyone else, the new rules are likely to present difficulties. A spouse will no longer be able to split income as easily as before. It is likely that university age children will not be able to receive dividends from a family business as they once could have – especially if the children live away from the city where the company operates.

The Neuman decision has been an irritant to the tax authority for nearly 30 years. Over that time, it has become an important element in the tax planning landscape. Income splitting’s long history has made it seem like a fundamental right of taxpayers – not an aberration. Now, finally, the government it appears to be determined to find a way to overcome it.

Assume a company has three shareholders: a husband, a wife and a daughter. Assume the wife and daughter each invested $100,000 in the business. Neither works in the business. How can they avoid the TOSI rules?