The Beauty of Lessons Learned

Taking a few trips down memory lane to share some learned experiences. 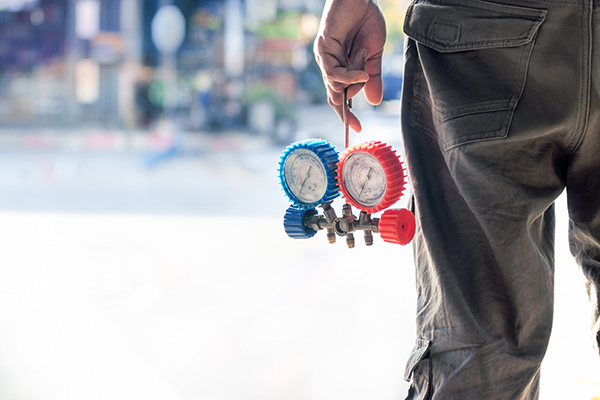 The “Lessons Learned” definition used by NASA is as follows:

“A lesson learned is knowledge or understanding gained by experience. The experience may be positive, as in a successful test or mission, or negative, as in a mishap or failure … A lesson must be significant in that it has a real or assumed impact on operations; valid in that it is factually and technically correct; and applicable in that it identifies a specific design, process, or decision that reduces or eliminates the potential for failures and mishaps, or reinforces a positive result.”

As the definition above implies, a “lesson learned”—knowledge—can be gained through a positive or negative experience.

I was on the gymnastics team in high school. Our coach, Tom Lorenat, was a hard-nosed no frills kind of guy. He demanded each team member to give his best effort, and he had no tolerance for slackers, especially those with the talent to be successful.

The lesson learned? The obvious answer is discipline.

But the additional lesson learned was this: He stressed to each person competing in the coming week’s meet to diligently prepare their routine as close to perfection as possible, and NEVER attempt to perform a move that was beyond one’s capability.

He felt that it was far better to have a routine made up of moves of medium difficulty and performed flawlessly, rather than attempting moves of the highest level of difficulty and messing them up miserably.

This lesson has served me well throughout my career.

While I’ve never been hamstrung by the idea that “I can’t do it,” I have also never been afraid to enlist assistance when I needed it.

I recall taking a service call at supermarket where one compressor on a multi-compressor rack had failed, and an inspection revealed broken pistons, connecting rods, valves, etc. This was a very serious failure, but it was not a compressor issue. The failure was the result of a system issue.

I had no problem replacing the failed compressor. But I was not able to locate any discernible system issue which might have caused the failure. So I enlisted the assistance of a well-seasoned journeyman, and we met at the store the following day.

After several hours of monitoring and inspecting several of the evaporator systems that were connected to the compressor rack, he saw something that raised his curiosity.

The fresh meat display cases had what appeared to be a relatively new liquid and suction line exiting the far-right display case and disappearing into the ceiling.

What his trained eye revealed was that the suction line riser did not have a p-trap at the base.

During periods of low load, the absence of a trap would hinder the oil traveling with the refrigerant from returning through the suction riser to the upstairs equipment room.

Eventually, the accumulation of oil in the meat case lineup would partially restrict the normal flow of oil though the evaporators, resulting in extra pressure loss, sufficient pressure loss to force the large bulk of oil to return to the compressor rack.

It was this oil sludge that was responsible for destroying the compressor.

In addition to adhering to my rule to seek assistance when necessary, there was another lesson learned in this experience—compressors don’t fail for no reason.

Now, there might be an occasional compressor that fails due to age/wear or defective parts/assembly but these are few and far between. When a compressor has failed there is typically a system-related reason for it. And if that reason hasn’t been determined, it’s very likely the replacement will fail also.

Lesson learned: Don’t ever be afraid to ask for assistance. And more often than not, a fresh set of eyes may see something you’ve missed.

After working as a technician for the better part of a decade, I decided to make a career change and was hired as a sales engineer for a manufacturer of refrigerant flow controls.

It was a wonderful company with an amazing group of co-workers, and it provided me with an opportunity to expand my level of system and component knowledge. Mind you, as a technician I felt like I already knew everything about everything, but I soon came to realize there was much I didn’t know.

It was during this time that it occurred to me there were similarities between doctors and  service technicians. The process of determining the cause of system failure (whether a refrigeration system or a person) requires complete knowledge of the system and the various component’s operation. 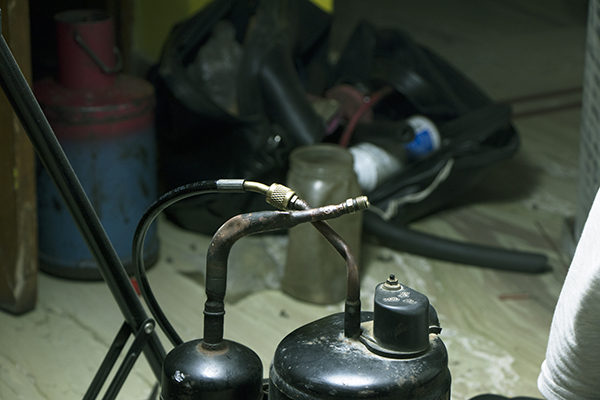 A well-respected contractor received a service call for a chiller. The technician determined the existing expansion valve had failed. He purchased a replacement and installed it. The replacement didn’t work, so he purchased another.

Rather than replacing the valve, he removed the internal parts from the new valve and installed them in the valve he had previously installed.

This didn’t solve his problem. So, he purchased another new valve, again replacing the internal parts. The result was the same.

He then called me. I arrived and asked what symptom he was experiencing which led him to condemn the expansion valve. He said that each time the system was restarted after replacing the valve or parts, the valve acted as if it was completely closed.

This is where understanding how an expansion valve works is invaluable. There is an opening force in the expansion valve, and this comes from the pressure developed by the fluid charge in the thermostatic element’s sensing bulb. If that fluid has somehow leaked out there would be no pressure to open the valve. So, a simple test to verify if the fluid charge was still intact was made, eliminating that as the issue.

Next, if the valve were restricted with some type of contaminant this could result in the symptom he was experiencing. A quick visual inspection revealed the valve was clean.

Next, it is possible the valve was actually defective, and the internal parts were somehow distorted and not able to allow the valve to open. This too was checked with a visual and operational inspection and was verified to not be the cause.

Next, the internal equalizer connection allows the pressure at the evaporator outlet to be transmitted to the bottom side of the diaphragm in the thermostatic element.

If for some reason this were blocked off the slight bit of leakage around the valve’s pushrods would allow high pressure to build up under the diaphragm and force the valve to close. This isn’t very common, but nevertheless a potential cause.

When the technician replaced the defective valve with the new valve, he inadvertently filled the equalizer line with sil-phos during the brazing process.

This blocked off the equalizer line and resulted in the condition described in the previous paragraph.

The system was evacuated then started up and operated without incident.

Lesson learned: Knowledge of system operation and component operation is absolutely essential to becoming a great technician. If this technician had a proper understanding of how expansion valves functioned, he could have easily solved this problem.

Another well-respected contractor called me to visit a large building with a DX system for conditioning the building. As I recall, there were four air handlers each with two expansion valves, so a total of eight expansion valves.

The complaint: every expansion valve is “defective”.

I arrived and again asked the technician to review what he believed the problem to be, and what steps he’d taken.

He stated that all of the valves were underfeeding, which resulted in a loss of system capacity.

In addition, the system suction pressure was substantially lower than the typical 68.5 psi (40F SST) you’d expect on an R-22 air conditioning system.

He’d measured the superheat for each valve, and found them all to be operating between 20F and 25F superheat, which explained the reduced system capacity and the low suction pressure. He then attempted to adjust each valve, but to no avail.

The first thing I noticed was each valve making the same very distinct sound.

There seemed to be a lot of agitation inside resulting in a rumbling sound.

In addition, while holding the liquid line at the inlet of the expansion valve you could feel the agitation.

Expansion valves only operate at their rated capacity when they are fed with 100% liquid refrigerant.

When being fed with a mixture of liquid and vapour they operate at a reduced capacity, which would result in a high superheat and a low suction pressure.

This feel and sound only occurs when the expansion valve is being fed with a mixture of liquid and vapour.

To verify I took a look at the sight glass.

The inside of the glass was dirty, which can happen in systems with contamination issues.

I asked to borrow a flashlight for a better view.

Sure enough, the system was short of refrigerant, as revealed by the liquid/vapour mixture flowing through the sight glass.

I gently told him the problem and that a thorough leak check was in order and the addition of refrigerant.

Lesson learned: The odds of every single expansion valve being defective are slim and none. Now, it is possible that a severe system contamination problem could cause all of the valves to be plugged up and not operating properly, but that wouldn’t really be an expansion valve problem, it would be a contamination problem likely brought on by elevated discharge temperatures which resulted in oil decomposition.

Anytime the complaint is “all of the (fill in the blank) are defective,” there’s some other problem that hasn’t yet been identified.

A technician shared an experience that could have resulted in disaster, even injury (or death). He was working on a compressor and needed to remove one of the heads. He closed the suction and discharge valves then bled the compressor pressure from the low side valve before removing the head bolts.

After removing all of the head bolts it’s not uncommon that the elevated discharge temperatures result in the oil saturated gasket to have adhered to the head and the valve plate, keeping the head in place. A hammer and gasket scraper is used to break the seal to allow removal of the head.

Unbeknownst to the technician, the compressor’s discharge valve seat was broken.

Even though the valve was front seated it did not isolate the compressor from the high pressure in the discharge line.

The technician proceeded with hammer and gasket scraper, and when the gasket seal was sufficiently broken the head blew off the compressor.

He was caught completely by surprise.

Fortunately, the projectile missed his head, but the now open compressor with a leaking discharge valve quickly filled the machine room with high pressure vapour, making it difficult to breath.

He barely made it out of the machine room before passing out.

Lesson learned: Whenever removing a compressor head, oil pump, valve, side cover, etc., keep two bolts in place (slightly loosened) while breaking the gasket seal. If there is residual pressure inside the compressor, or a leaking valve, the bolts will eliminate the possibility of a high-pressure projectile causing damage or injury.

Every technician should be interested in reducing/eliminating the potential for failures and mishaps.

Seek opportunities for lessons learned, and keep them permanently deposited into your knowledge bank. <>