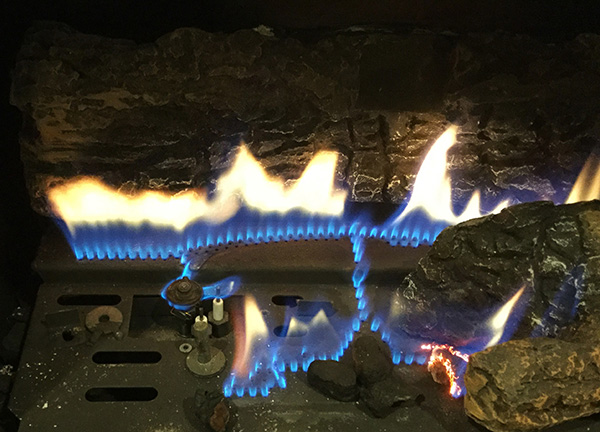 With Canada’s goal of achieving net-zero emissions by 2050, no industry will be left unturned, including the heating and plumbing industry.

Already, the movement of greener initiatives has begun. Canada’s gas utility companies are working to serve households and businesses with cleaner energy options, such as hydrogen gas blend and renewable natural gas (RNG). Both of which are known to reduce greenhouse gas (GHG) emissions and increase the efficiencies of certain appliances.

This change in fuel resources will ultimately benefit your customers with home and building appliances emitting fewer GHGs. As a result, more and more customers may be seeking ways to lower their carbon footprint and decide on switching up their gas appliances. But there are a few considerations for customers to keep in mind when you’re recommending products and how to fuel with cleaner energy.

Hydrogen is a clean source of energy that is being injected into natural gas. As it burns, hydrogen doesn’t emit carbon, only water vapour. By injecting it into natural gas, it changes the molecular structure of the fuel, burning hotter. And by burning hotter, the indoctrination of hydrogen has an overall impact on gas appliances, making them cleaner and more efficient but also putting pressure on an appliance’s heat exchanger. This added pressure may break down older appliances that are not compatible with a hydrogen blend.

Gas companies, such as Enbridge Gas, based in Ontario, recently announced North America’s first hydrogen blending initiative has become fully operational. To protect current appliances from breaking down, gas companies are starting small with hydrogen blending as low as 1% to 2%. But to meet the rising demand now, there are some manufacturing companies who already offer gas appliances that accept up to 30% hydrogen, including tankless water heaters, hydronic air handlers, and other gas appliances available in the Canadian market.

As your customers’ old equipment breaks down or new construction is implemented, recommend a hydrogen-capable product that is compatible with current hydrogen blending rates, as the trend of hydrogen blends will continue to increase.

Another cleaner fuel source gaining momentum is RNG. This gas is made by capturing the naturally occurring GHG emissions from our waste, such as farms, forests, landfills or water treatment plants. This process keeps methane out of our atmosphere, recycling the energy into utilities, such as electricity, heating, and fuel. Without RNG we would be leaking 100% of our waste’s methane gas back into the atmosphere.

Currently, this option is at a much higher cost than current natural gas prices or even hydrogen-enriched natural gas. But according to Enbridge Gas, RNG can be produced to be cost-competitive with diesel fuel. Plus, its easy integration into the existing natural gas infrastructure and lower carbon intensity than natural gas and diesel has led to increased interest in switching to RNG for greenhouse gas emission reductions.

“Canada’s natural gas utilities have set an aspirational target of 5% RNG blended into natural gas streams by 2025 and 10% by 2030,” states the Canadian Gas Association. “Nationally, the increased RNG content would result in 24 metric tons (MT) of GHG emission reductions per year by 2030, equivalent to removing 5.2 million passenger cars from the road.”

By recycling our waste, we can reduce methane and increase energy efficiencies, and most notably, RNG is compatible with current infrastructure and appliances, so there’s no need to replace older gas equipment to accept the fuel.

Ultimately, the use of RNG will continue to increase as utility companies indoctrinate it into their offerings, becoming a greener option for customers who wish to continue with the use of gas appliances. Most gas companies offer RNG as a cleaner option, so customers seeking to live a carbon-reduced life, can request it with most gas appliances available.

Larry Moores, manager of business development for Rinnai Canada, has spent most of his career in the energy business and has worked in various roles with Rinnai over the past five years, until recently heading up the business development activities for their Canadian operations. Originally from Newfoundland, Larry and his wife Sherry now reside in Halifax Nova Scotia.