The Power of the Horse

Reminiscing and understanding the dynamic relationship of horsepower in refrigeration. 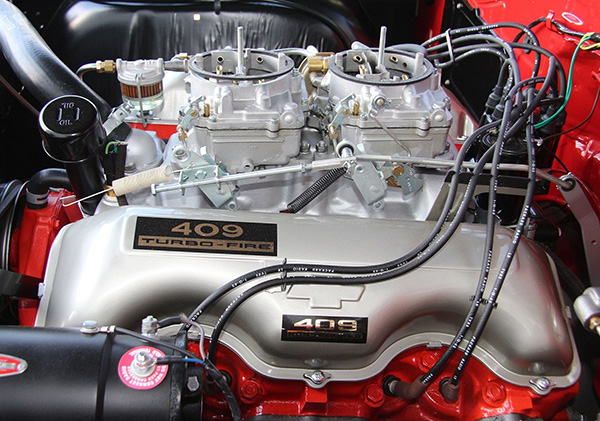 I entered high school in 1967, and graduated in 1971. I experienced the social changes brought about by the Vietnam War, and the ensuing protests from the “counter culture”. Their message of peace, love, change and enlightenment was certainly present in the music of the day, and that music very much caught my attention.

Like many of my friends, I purchased an electric guitar and formed a band. We were OK, played some gigs, and my interest in music continued through college. I was even serious enough about it to start the process of changing my course of study from engineering to music.

Part of that process included informing my Engineering Department Head, and having him sign my “change of major” application. I’m forever grateful to that Department Head, William Phaklides, for (1) congratulating me on my apparent new course of study, and (2) asking the question that caused me to seriously contemplate my future.

That question: “How are you planning to earn a living with a music degree?”

I don’t recall what my response to him was. But I do recall that the question haunted me.

After a week of mental torment, coupled by serious pondering, I made the decision to “stay the course.” I have often wondered where I would be had that question not been asked of me.

I have retained my passion for playing music, and I still have the opportunity to perform now and then. But I have a great passion for the refrigeration industry too. It’s interesting, vast in its application, technological, and touches so many facets of our lives. And as the COVID-19 situation has reaffirmed, it is an absolutely essential industry.

My junior high years included the earlier part of the 1960s, and I was listening to the Beach Boys (and other groups) who were singing about surfing, girls and cars. When I think of the term “horsepower”, I think back to high school and the various cars I owned. 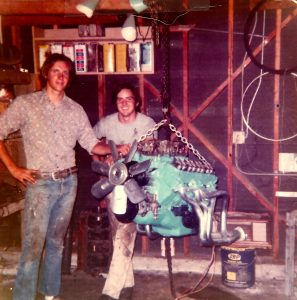 Chris (left), me and my rebuilt engine.

And when meeting up with other buddies who had hot cars, the common bragging point was always HORSEPOWER.

Can you imagine the harnessing nightmare necessary to arrange 425 thoroughbred stallions, in groupings of four, pulling a 57 Chevy down the dragstrip?

The term horsepower (HP) was the brainchild of Scottish inventor/engineer James Watt. After making technological advances to the steam engine, he had trouble marketing to those who still relied on the trusted horse.

After frequent questions about “how many horses would one steam engine replace?” he set upon a testing method that would provide an accurate answer.

Watt devised a test where horses drove a wheel connected to a pulley system which lifted a measured load of coal. His calculations determined that a horse could on average lift around 33,000 foot pounds per minute, with one foot-pound being the force necessary to lift 1 pound over 1 foot of distance. Watt’s new term “horsepower” converted to the more meaningful 33,000 ft-lb/min. This relationship still holds true today.

In today’s world, the term horsepower has become synonymous with many things which have absolutely nothing to do with mechanical work, for example a computer chip can be described as having plenty of horsepower.

And you also can add “tons” to the list of appropriated words, as in tons of capacity for a refrigeration system, component, etc. Of course, one ton = 12,000 Btu, which is a measurement of heat content. There is no definable correlation between heat content and mechanical work.

In the HVAC/R industry, the use of the term HP when referring to anything other an electric motor is not useful.

Expansion valves tonnages are determined by the properties of the refrigerant in use, the mass flow through the valve, and the design conditions which the system will be operating under.

The application requiring a -35F SST and 105F SCT will require approximately 3.2 HP for every ton required.

One of the application criteria to determine compressor capacity is the discharge pressure, which is determined by the condensing temperature.

You’ll notice that the compressor capacity increases as the SCT is reduced. This should reveal the need for a properly sized, and maintained (clean) condenser to keep the discharge pressure as low as possible, which results in the most efficient compressor operation.

In addition, it also reveals the reason why many larger refrigeration systems (such as supermarkets) are set up to operate at the lowest* possible condensing temperature, during the lower ambient temperature months. A multi-compressor refrigeration rack, requiring a capacity of 90,000 Btu, would require two of these 6D compressors to operate at a 120F SCT, but only one compressor at a 75F SCT. (* Lowest possible means abiding by compressor manufacturer’s guidelines, and maintaining sufficient liquid pressure to allow expansion devices to operate at the capacity necessary for the application.)

Figure 2 (below) is a more comprehensive comparison of the relationship between Btu capacity (tons) and HP, at varying SST conditions and a consistent SCT condition.

For a given application, as the SST increases, the HP requirement reduces. In addition to the conditions changing the HP/Ton requirement, this also reveals how the compressor efficiency (compressor type) will influence that.

Based on the capacity numbers, it appears reciprocating compressors (with the discus valve plates) are more efficient than scroll compressors. (It should be stated that the compressor capacity information comes from Copeland’s product selection software.)

Now, when Tennessee Ernie Ford sang his 1955 number one hit “16 Tons”, was he singing about air conditioning?