"It's not dislike, it's not that they're upset-- they really hate us."

A little tension between owners, general contractors and the subtrades is par for the course on a job site. Throughout the construction pyramid, brushing shoulders on occasion is just a natural part of the business.

“It’s been there as long as I can remember to different levels of seriousness,” said Clive Thurston, president of the Ontario General Contractors Association (OGCA.)

While parties find a way to work together more often than not, occasionally frustration boils over. In early industry sit-downs aimed at drawing up prompt payment rules in Ontario, for instance, Thurston remembers many of his members going into meetings thinking payment timelines were a non-issue.
It was a startling wake-up call. 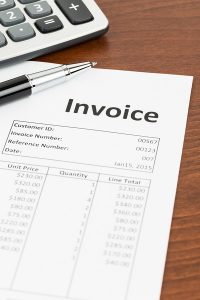 Over the past 20 years, payment timelines have lengthened from an average of around 50 days to more than 70. Subcontractors, at times, have been made to wait four months or more before getting their due.
The resulting tension has been palpable and new legislation coming into force Oct. 1 in Ontario is designed to fix the long lag time between work being finished and contractors, subcontractors and material suppliers collecting their money. By laying out no-nonsense, non-negotiable timelines for payment and establishing a new dispute resolution process through adjudication, the changes are also likely to help mend relations between generals and their subs.

“It’s going to be a big change, both with adjudication and prompt payment, but I think working with adjudication brings a lot of transparency to the process,” said Kara Takagi, an Ottawa-based construction lawyer with Borden Ladner Gervais (BLG.)

“Through the payment hierarchy of a construction project, you know who’s being paid and when, and you know when they’re not being paid, and you know how much and why,” she added. That transparency will give a lot of comfort, especially to subcontractors and suppliers who are down the chain, so to speak.”

Under the new prompt payment and adjudication rules, the general contractor kicks off the payment process by delivering a “proper” invoice to the owner. Assuming there’s no dispute over payment, the owner then has 28 days to pay the contractor, which in turn has seven additional days to pay its subcontractors. Subcontractors have another seven days to dole out money to their sub-subcontractors, and so on down the pyramid.

Disputes over payment trigger the adjudication process, which aims to solve problems in real-time, help discourage work stoppages and lessen the amount of litigation that’s often built up by the end of a major project. Adjudicators, who are expected to be industry veterans, will have 30 days to make a determination on the dispute. The binding decision will keep construction projects moving when in the past, they may have ground to halt.

Ontario will be the first Canadian jurisdiction to bring in prompt payment and adjudication rules, but there are numerous international examples. The U.K., for instance, has used the process since 1998 and seen litigation decline considerably. Ottawa recently passed legislation that will establish a prompt payment and adjudication process for federal projects starting next June and most provinces are moving on enacting regimes of their own.

The process does have its limitations. Takagi pointed to a big claim for delay damages as one example of an issue adjudicators likely aren’t equipped to resolve within their 30-day window. Overall, however, she expects the clear-cut payment timelines and certain other stipulations included in Ontario’s new Construction Act to improve communications on job sites and even out the balance of power.

“Subcontractors, especially small subcontractors, they’re really kind of waiting for the people above them in the payment line for the money to flow down to them,” Takagi said. “Now, all parties involved have the right to issue a notice of adjudication, all parties are going to know when exactly they should be paid based on when money from the owner flows.”

Backed up by legal recourse, subcontractors that have been forced to keep mum on an issue in the past may be more likely to speak up without jeopardizing the relationship with the GCs they work with regularly.

Martin Luymes, vice-president of government and stakeholder relations at the Heating, Refrigeration and Air Conditioning Institute of Canada (HRAI), which represents both contractors and manufacturers in the HVAC industry, noted keeping these working relationships intact is often vital, particularly for small shops.

“These guys tend to be pretty reluctant to say that sort of thing because it’s their bread and butter business,” he said. “They line up with a handful of builders and they’re certainly not keen to alienate any one of them.”

That does not mean there isn’t tension.
Stephen Sell, president of the Ontario Electrical League, which represents a range of electrical contractors and other industry stakeholders, said the relationship between his members and GCs has been strained at times. Especially when working under a “pay when paid” clause, subcontractors might experience a months-long lag from when the work was finished to when they’re their bank balance shows it, he noted.

“The electrical contractor could be doing a small portion of the job and they could be done and it could be months before that piece of the job is done as a whole for the GC,” Sell said. “So that’s where you start getting into your longer payment cycles.”

In watching payment timelines lengthen over the past two decades, Thurston admits part of the blame rests with the GCs.

“We’re the gatekeepers and we should have been standing up to the owners… but we didn’t, we just passed it on,” he said. “That wasn’t fair to the trades that had to hang on and hang on and hang on. But they too were subject to the contracts they were signing, so we were all part of making the problem worse.”

Like many other construction organizations, the Mechanical Contractors Association of Canada (MCAC) has been pushing the prompt payment file forward for years.

Pierre Boucher, the group’s CEO, did not want to get into specifics, but noted the relationship between GCs and the subtrades has had its share of ups and downs. “You have great stories and some others that may not be the same outcome,” he said.

Finding common ground on prompt payment has been a step in the right direction. And with the issue essentially settled in both Ontario and Ottawa, as well as making steady progress in other provinces, both generals and subs are keen to keep the clearer line of communications open in the future. Boucher pointed to the newly formed General Contractors Alliance of Canada as a great new resource the MCAC can work with on issues that affect the industry nationwide.

Likewise, Sell is cautiously optimistic about subs and generals taking a more collaborative approach after lobbying jointly on the prompt payment file.

“I just hope prompt payment helps the relationship between GCs and the subs so that we don’t have the adversarial battles going on,” he said. “Time will tell.”

Mending fences is sure to take time, and in the months ahead, all stakeholders in the construction industry — from owners and consultants, to subcontractors and material suppliers — will be focused on getting up to speed on unforeseen caveats enclosed within Ontario’s new rules.

“With any new process,” Sell said, “as much as you do up front, there’s always stuff that doesn’t happen exactly the way it’s planned in the initial stages and it’ll take a feeling out period before everything’s running the way you hope it’s running.”

David Kennedy is the editor of On-Site magazine. visit www.on-sitemag.com