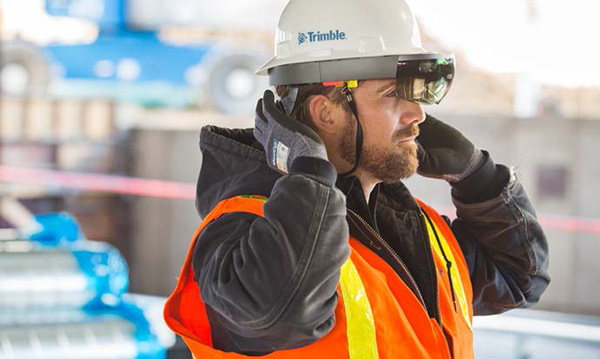 When most people think of Virtual Reality (VR), they often think of video games and big, geeky looking goggles covering most of the user’s face. That perception is about to change. The world of VR is exploding with new applications -that are poised to impact and change many different industries.

VR is not just for playing games – it is a new medium thats real purpose is evolving. The plumbing, heating and mechanical industries will not be left out. You can expect them to be part of this VR revolution.

One of the first areas where we can expect to see this VR revolution is in the area of training a new generation of workers.

VR and augmented reality (AR) are proving incredibly effective for employee training. Different industries, from retail to policing, are starting to utilize VR training and the plumbing and heating industry is starting to get on board as well.

VR and AR are computer technologies that use special glasses or headsets to let the user experience a different reality, or augment their real world view. Until recently, VR/AR have been seen as technologies reserved for the videogame industry.

Equipment was expensive and there were not a lot of applications for it. This is changing rapidly with interest in the technology exploding. Manufacturers have reduced the cost of headsets, and considerable business potential for VR/AR is being developed across a variety of industries.

VR and AR have the potential to be especially useful for those in manufacturing, logistics and the skilled trades. AR’s ability to superimpose holographic images, objects and instructions on top of the user’s real-world perspective is proving very valuable for educating workers that do “hands on” work.

This certainly has implications for the mechanical/trades industry. An aging workforce means that many new apprentices will need training.

The potential of this industry was evident at the 2017 Consumer Electronics Show in Las Vegas, where 271 of the 800 exhibitors were in the VR/AR business. Gaming is still a big part of this business, with companies such as Google, Facebook, Samsung and Sony offering headsets, apps and gaming consoles. In 2014, Oculus Rift, one of the early leaders in VR headsets, was purchased by Facebook for $2 billion. Samsung has sold over five million of its Gear VR mobile headsets to date and industry insiders expect the VR headset market to reach 52 million units by 2020.

But virtual reality is not just for gaming. This new medium is being discovered by many industries. From medicine, to engineering, to automotive, VR can model the world in an incredibly visual and hands-on way. Many companies are starting to see that VR is an economical way to provide hands-on training that is almost impossible to replicate in the real world. VR training is proving to be much more impactful than traditional 2D classroom training for jobs that demand hands-on learning.

Many companies that see the benefits and potential of this immersive experience are adopting VR training. Walmart is using VR to train its employees how to prepare for situations like the crowds on Black Friday, learning customer service, or how to deal with emergencies in a store. At UPS they are using virtual reality to teach students the fundamentals of driving delivery vehicles, delivering packages, and driver safety. The Houston-based Training Center of Air Conditioning and Heating is delivering a virtual reality experience to train students for the air conditioning and heating trade. With the aim of reaching a larger trainee population, the HVAC eLearning products include a full technician course that includes the simulation of the hands on experience of an HVAC lab and physical school.

Robinson believes that “trades training is very important because it formalizes the relationship between the employee and their trade.

“We believe that innovation plays a key part in our organization. It allows us to train young people within the basic thinking processes that they come to us with. So much of what we do here is computer driven, and obviously the younger generation understands pictures far better than they understand old school technical drawings,” explains Robinson. “Not that the drawings aren’t important, but we realize that they can catch on far faster if they have a complete 3D visual picture of what they are trying to create.” 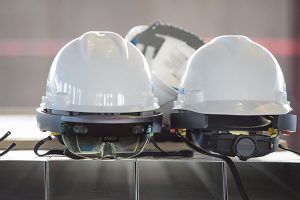 Pitt Meadows apprentices use a virtual reality headset that projects 3D CAD images of the project they are working on. This life-sized 3D image is overlain on the actual piping and components that they are putting together, showing exactly where everything is supposed to be. This enables them to quickly lay everything out and mark out where hangers should go, etc. Also, while working on the project they can project a small 3D model in the middle of the workspace that can be turned and flipped to view it from different angles.

“The headsets have helped us eliminate going back and forth to the drawings, saving lots of time by having the model right there in front of them where they are working,” explains shop foreman Philip Robinson. “This helps to get the apprentices into technology earlier, so that they get a higher knowledge of the way plumbing and heating works.

“Pitt Meadows is always trying to do new and innovative things, and this training is something we’ve started because we know it will give us an advantage going forward,” added Robinson.

So does VR/AR mean the end of traditional classroom training? Probably not, as I believe it will be impossible to replace good old person-to-person training. It is, however, a very powerful and effective training tool that will see more and more use in the future. The world continues to see an amazing array of new technical innovations that are changing the way we do traditional tasks. The mechanical industry is not immune to these changes. VR/AR is just another example of the cross over from the computer technology world to the mechanical contractor’s world.

What is the difference between Virtual Reality and Augmented Reality?

Virtual Reality (VR) is a computer technology that creates an immersive, completely virtual world. A VR headset fits around your head and over your eyes and visually separates you from whatever space you’re physically occupying. Images are fed to your eyes from two small lenses. VR may also use earphones, gloves and body sensors to generate realistic images, sounds and other sensations that simulate a user’s physical presence in a virtual or imaginary environment. VR can also be created through specially designed rooms with multiple large screens. Through VR you can virtually hike the Grand Canyon, tour the Louvre, experience a movie as if you are part of it, and immerse yourself in a video game without leaving your couch.
Augmented Reality (AR) is not about creating an imaginary world, but augmenting real life. AR improves, enhances or expands real life situations by inserting computer generated virtual objects or graphics into the user’s real world environment. AR uses transparent glasses or headsets that do not separate you from the space you are occupying, but allow images to be projected into your field of vision. Many different business industries are getting interested in AR’s possibilities for knowledge sharing and training.