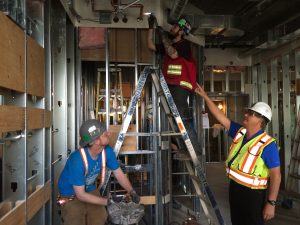 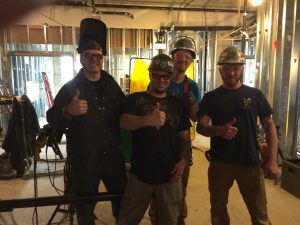 Mechanical contractor Patrick Waunch, who is president and CEO of Rambow Mechanical in Kelowna, BC, is the recipient of the Canadian Construction Association’s 2016 CCA Trade Contractors Award. The association cited Waunch’s “infectious enthusiasm and dedication to the growth and improvement of the industry, the association and the trade contractors council.”
Known for his tireless work to encourage growth in apprenticeship programs, Waunch oversaw and contributed to the update of a resource that clarifies the prospective responsibility that trade contractors may be assigned vis-à-vis design in CCA 53 A Trade Contractor’s Guide and Checklist to Construction Contracts. He also led the development and adoption of the CCA policy statement on the naming of subtrades. 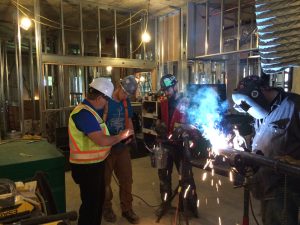 Waunch recently shared his insights and views with HPAC.
HPAC What prompted your commitment to apprenticeship training?
PW When I originally started in the plumbing trade in Edmonton, Alberta as an apprentice I personally saw the value of the additional provincial government training. It was something not taught on the jobsite. The knowledge you received prepared for strong decision-making and leadership qualities for future projects.
HPAC What do you say to HVAC/R and plumbing business owners who resist supporting apprenticeships, some citing: They will just leave and start a competing business; I cannot afford to carry guys for three to four years.
PW I feel that businesses that do not support apprenticeships miss out not only in the financial gain but also personal satisfaction when the apprentice achieves their goals. If an apprentice moves on and starts his or her own business, be proud that you helped them achieve their goal.
The first two years of apprenticeship does cost a company additional journeyman time for training. The provincial government helps out with tax rebates. The real benefit is when the apprentice achieves their third and fourth year, they have enough knowledge to be an excellent asset to the company plus the federal government helps with assistance both for the individual and company.
HPAC Do you see a more expanded role for government in apprenticeship programs?
PW From both a provincial and national perspective the government should play a larger role in the programs. British Columbia, through BCCA (British Columbia Construction Association), started Project Shop Class in which we raised and distributed about three million for shop class equipment and building on that effort, the BC Government announced a $15- million fund to also assist with shop class equipment for a total of $18 million across BC. If we want to encourage students into the trades, we need the most updated and proper equipment to encourage innovation in our industry.
HPAC The skilled trades are undersold to young people. What has to change if this age old issue is to be resolved?
PW The biggest barrier to overcome is the high school teachers and counsellors who push academics only. Approximately 30 to 40 per cent of students go on to university. The trades should also be pushed by teachers and counsellors as another choice for students.
HPAC You have been successful in this business–would you want to see your family enter or continue it?
PW The one thing about this business is the passion for the industry. There are definitely challenges to overcome but that satisfaction of accomplishment is what makes it worthwhile. It is not meant for everyone and unless you have family that thinks the same way, it may be very difficult for them. As an owner, you have got to work smarter and develop better, innovative ways to be competitive.
It is not often that the mechanical trades are spotlighted in the construction industry–HPAC salutes Patrick Waunch for his commitment to raising the industry’s profile.
The 2016 Canadian Construction Association’s (CCA) awards were presented on March 22, 2017 at the association’s annual meeting in Riviera Maya, Mexico. The submission deadline for 2016 CCA awards is November 17, 2017. The awards will be presented at CCA’s annual conference in March 2018. http://awards.cca-acc.com