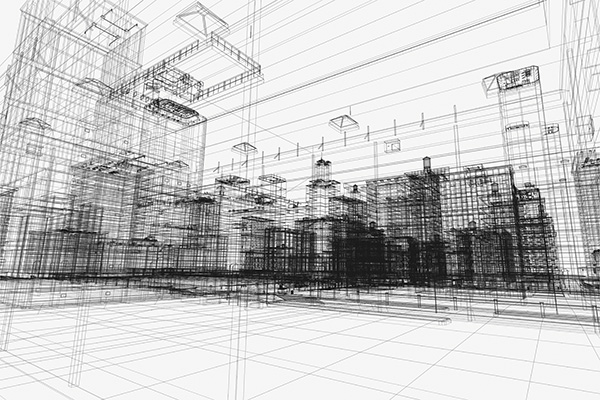 A team of researchers at the University of Waterloo in Ontario are steadily working to develop a 3D printing system that will pump out concrete to form homes and buildings.

Far from the first of its kind, the technology will use a robotic printing arm to deposit concrete based on a digital model of the structure.

Led by mechanical and mechatronics engineering professor Amir Khajepour, the researchers are developing the technology for Canadian company AMIDA 3D with plans to unveil a prototype in the summer of 2020.

“I’ve been in connection with [AMIDA 3D] for the past year or so and it has a large program with them in developing technologies both from the robotic aspects and also on the material aspects,” Khajepour says.
Bora Bulajic, president of AMIDA 3D, says 3D printing technology has made serious strides in recent years.

“Already, the applications being used in the world today are tremendous. We believe it’s unstoppable,” he says.

Increasingly, 3D printing has gained traction in the construction industry as a way to quickly and cost-effectively construct homes and buildings.

“The benefits we see are that, first of all, it’s green construction. It has a lower carbon footprint by far compared to existing methods. It’s more cost efficient, so you’ll be able to do more for less,” Bulajic says.

“The fact that we can be so mobile is huge because the cost of distance is a big addition to the price of the building or infrastructure project.”

3D printing is poised to disrupt the construction industry, though Bulajic says mechanical contractors are not likely to encounter any serious changes on the job.

“When we’re looking at all the other elements that have to go in, like wiring and plumbing and HVAC, it’s all going to be in there, of course,” he says. “The only thing that’s going to be radically different, in my opinion, is that there’s going to be a very interactive process… but you’ll need all the people, you’ll need all the technicians and tradespeople… It’s not disruptive in terms of replacing people.”

These structures still require the same electrical and mechanical components, Khajepour says. His team is currently researching different methods of installing those systems.

“Some of the questions [are] how to run water or electrical or heating in the walls through the process of this automated printing,” he adds. One solution, according to Khajepour, is to leave space in the design of the structure for electrical or wall pipes to be inserted and covered.

“For the air, the situation might be a little bit difficult because the current approach is to run the ducts mostly through the walls from one floor to the other floor,” he says. “This can also be done in the 3D printing meaning that when you design it you have to leave a larger, open space that the ducts could go through.”

Still, he says the industry will not need to reinvent the wheel.

“It’s just a different way of looking at these new houses,” he says. “It’s not that we need to completely develop new things or new wires or new pipes for these new buildings.”

3D printed homes and buildings require developers to think about the design and installation of mechanical systems ahead of time – since, unlike other building materials such as wood, concrete is less flexible.

“There’s no way after its built [to] start making holes in the wall,” Khajepour says. “You have to think in advance…. [Currently,] for houses, we don’t need to think in advance about where to run the cables or the heating or the cooling. It’s very easy to add them after the shell of the house is done. For 3D printing, you have to incorporate that into the design.”

While the research team works through those questions, Khajepour says there is one stumbling block.
“We still don’t have any standards or guidelines for this,” he says. “We have to have the standards and the way to add it to the CAD model of the house. So when you print it you have all those conduits, whether it’s the heating, plumbing or electricity.”

Though the technology offers benefits to the construction industry, it could be a while before homes are built with 3D printers.

“3D printing is gaining momentum… How long will it take to become a mainstream construction approach for houses? That’s a question mark,” Khajepour says. “It takes time. We are at the very starting point of this new technology. It’s happening but it takes time, same as autonomous driving… Where it goes and how long will it take? That’s obviously a big, million-dollar question. But it’s happening.”
The structural design of a 3D printed home, such as the roof and the cost of materials, are a few challenges he expects along the way.

“I don’t think that it’s going to replace existing construction practice,” Khajepour says. “One thing that we have to remember is we have to be a little bit more pragmatic and realistic on these 3D printed houses. It’s not something that you click and then at the end you move in.”

Still, for Bulajic, the technology offers opportunity for the construction industry.

“We believe that the market for something like this is really large because it can address so many different things,” he says. “It can used for infrastructure projects, it can used for the emergency rapidly deployed structures; storage, military applications… livestock enclosures, housing – We believe that this is something that is definitely going to have an impact going forward.”