The grand opening comes at the conclusion of highly successful building campaign that raised more than $10.3 million in donations. 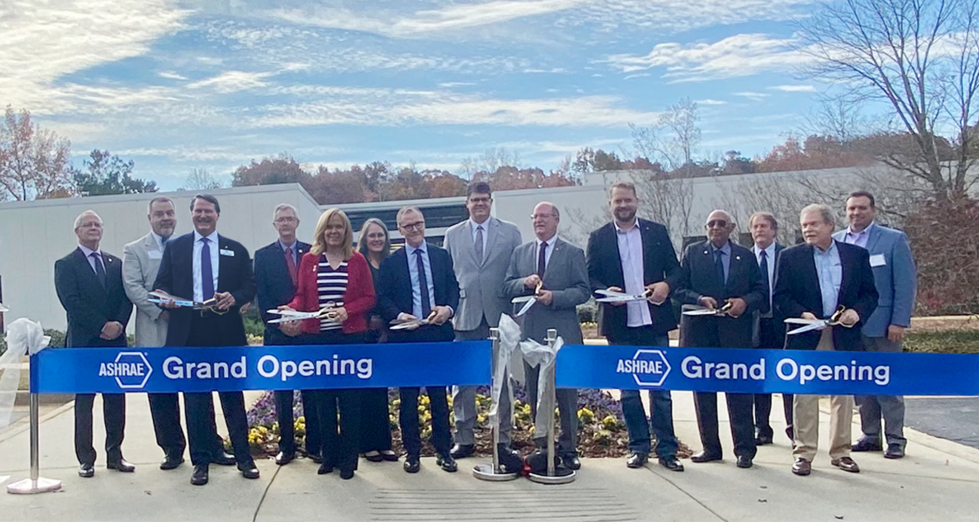 “The completion of this project is an important milestone for ASHRAE as a professional society and for the built environment worldwide,” said 2021-22 ASHRAE President Mick Schwedler.”

The renovated, 66,700 ft2 building is situated on 11 acres of land at 180 Technology Parkway in Peachtree Corners, Georgia.

The grand opening comes at the conclusion of highly successful building campaign that raised more than $10.3 million in monetary donations and contributions of equipment and services from multiple ASHRAE members and thirty-three corporate donors.

Although ASHRAE has occupied the building for more than one year, the installation of a Photovoltaic (PV) solar array system was completed in October 2021, marking the beginning of the building’s operation at fully net-zero-energy performance. The PV system is a combination of three sub-arrays totalling 332kW, mounted on the rooftop and in an unused section of the parking lot.

In addition to the PV system, other innovative approaches incorporated in the building include:

The event drew a large virtual audience via Facebook Live, representing a segment of the Society’s 51,000 members around the world.