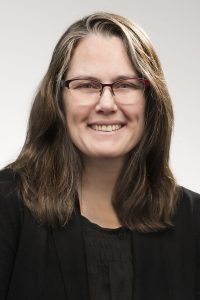 Sheila Hayter kicked off her term as ASHRAE president for 2018-19 at the association’s annual conference, held at the George R. Brown Convention Centre in Houston, TX from June 23-27.

Hayter’s theme for the upcoming year, “Building Our New Energy Future,” focuses on the role of buildings in the evolution of smart grids and renewable energy.

“ASHRAE will play a key role in accelerating the use of innovative technologies as we move toward greater energy efficiency and healthier buildings,” Hayter said.

While serving as the Society’s president, Hayter will continue her role as a group manager with the Department of Energy’s National Renewable Energy Laboratory in Golden, CO. She will also serve as chair of ASHRAE’s board of directors and executive committee.

A number of executive committee officers were also installed at the conference. Darryl K. Boyce, assistant vice president of facilities management and planning at Carleton University in Ottawa, ON is the new president-elect.

A technical program was offered at the conference, with eight tracks and one mini-track, in addition to presentations, tours and social events. The five-day event, which drew a crowd of 1,675 people, also included meetings of technical, standards and standing committees.

The plenary session featured a presentation of awards that honour achievements and contributions of members to ASHRAE and the industry. Keynote speaker Ainissa Ramirez, research scientist and author, closed the session with a presentation on “Inspiring the Next Generation.”

The 2019 ASHRAE Winter Conference takes place January 12-16 in Atlanta, GA. The AHR Expo will be held in conjunction with the conference. www.ashrae.org