It isn’t cheap to grow strawberries in Quebec.

The bitter temperatures common in one of the country’s coldest provinces put pressure on energy-guzzling greenhouses for more than eight months in a year. For two growers in Neuville, QC, cyrptocurrency mining might be the unlikely solution.

A newfangled technology from Quebec City-based startup Heatmine recovers heat that would be otherwise wasted from computers used to mine bitcoin.

The aim of the technology is to generate “virtually free heat,” since profits made through the cryptocurrency mining are expected to cover costs by 75 to 100 per cent.

“[We] were as competitive on prices as Mexican strawberries,” the pair said in a statement. “The energy consumed for heating, ventilating, and air conditioning, as well as supplemental lighting in our greenhouse, represents the most important cost for us.”

But the technology is not just for greenhouses. The units can heat industrial, commercial, institutional and residential properties–promising to lower utility bills by 50 to 75 per cent. 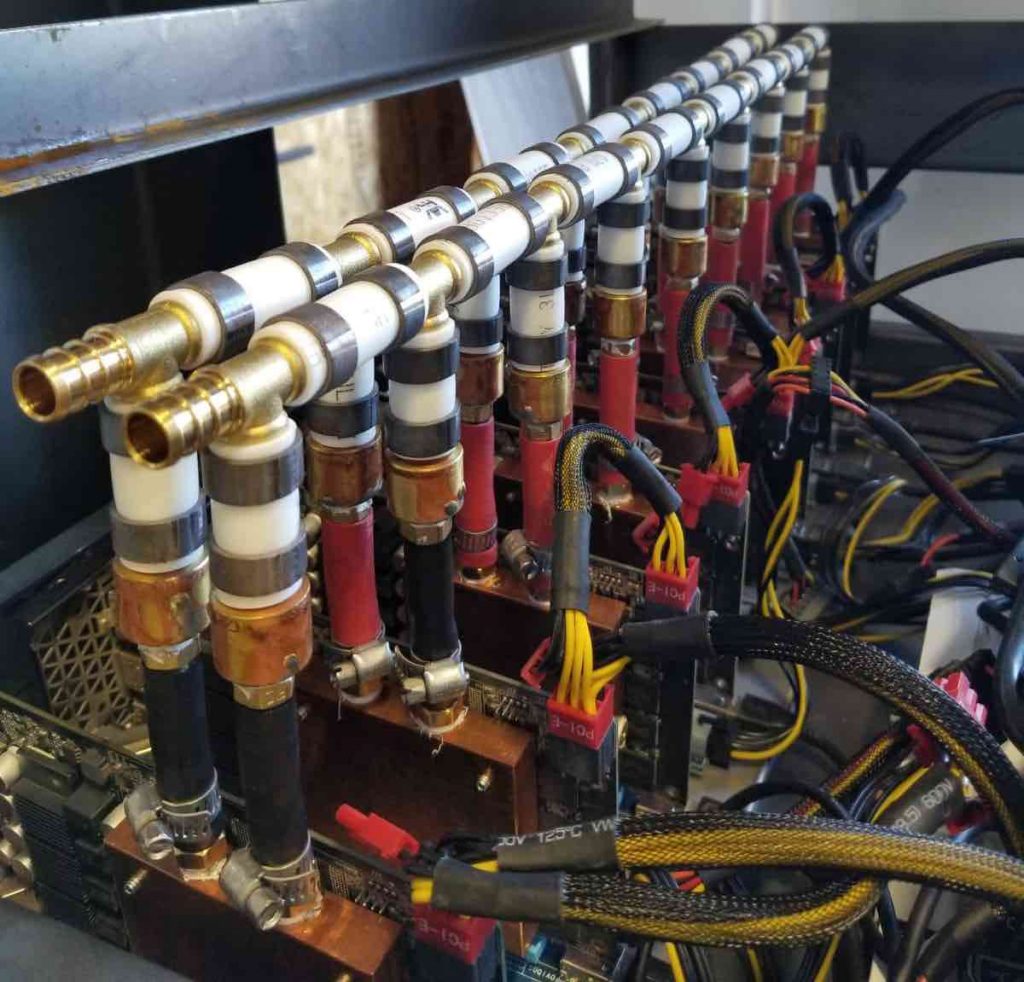 Fluid heats up as it circulates through copper plates 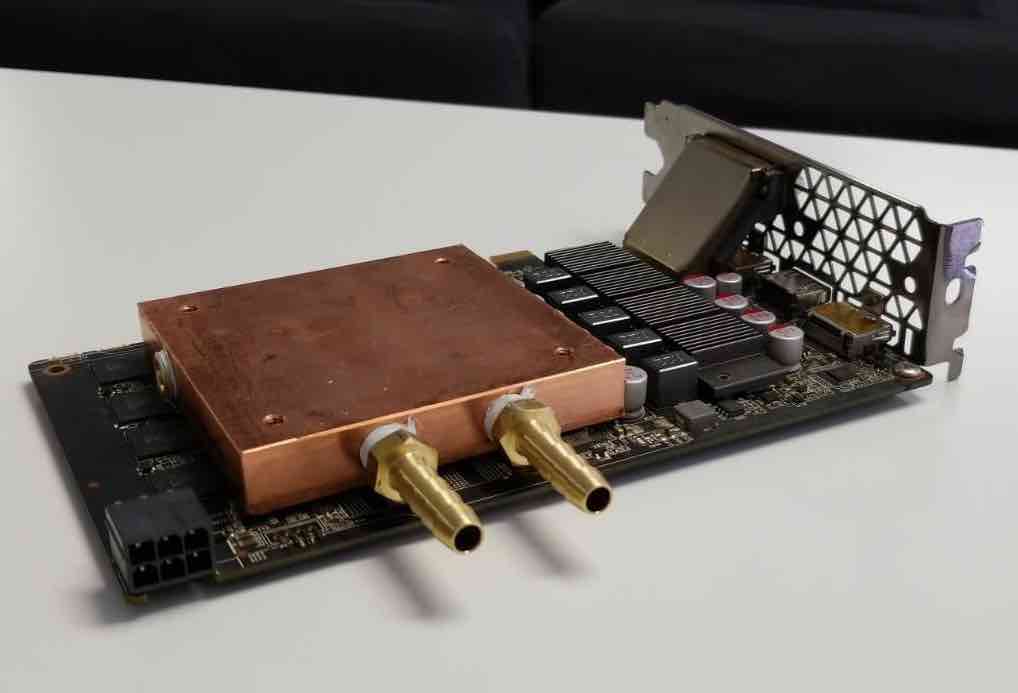 Heat recovery plates are located on the processor

“Computers generate a lot of heat, and that heat is normally lost. Even a company that owns one to ten small servers is sleeping on a potential revenue stream. We have made recovering this heat our mission,” Jonathan Forte, the company’s CEO, said.

The heat from the machine warms copper plates filled with a water/glycol fluid, which then feeds a 60-gallon water heater. A single unit can generate 75,000 Btu/h per hour. 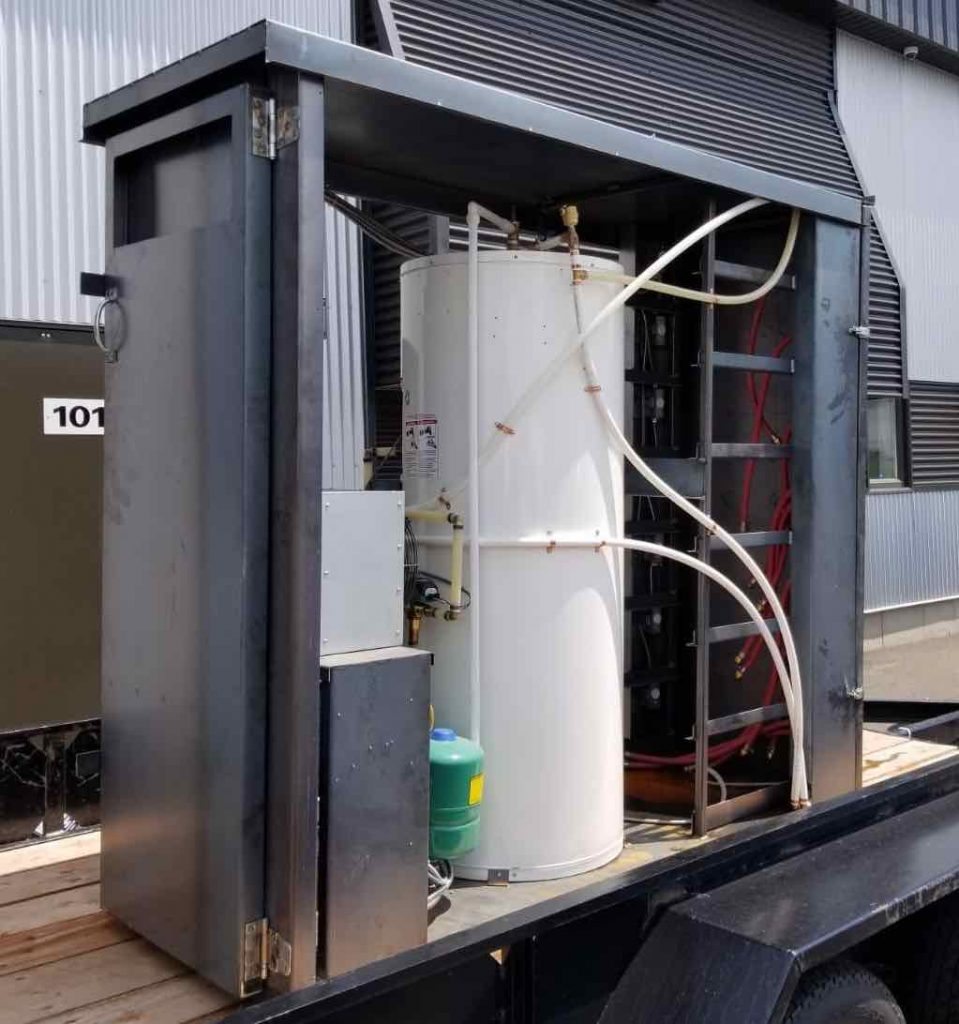 The units are compact

“Depending on the type of heating system installed in the building, the fluid can feed a radiant system or a forced-air heater, for example. HVAC contractors know these systems very well–our role is simply to power them,” Forte said.

In the past year, the company has installed 13 units in Quebec City. Over the next five years, it hopes to increase that number to 15,000.

“[This] will result in the decentralization of approximately one million dollars in cryptocurrency mining. It’s about 1 per cent of the total heating share of the province,” Jeremy Dahan, COO, said.

“I find this emerging technology more attractive, both for the consumer (who enjoys some free heating) and for the government (which sees its hydroelectric resource, renewable and clean, used wisely),” Forte said. www.heatmine.com