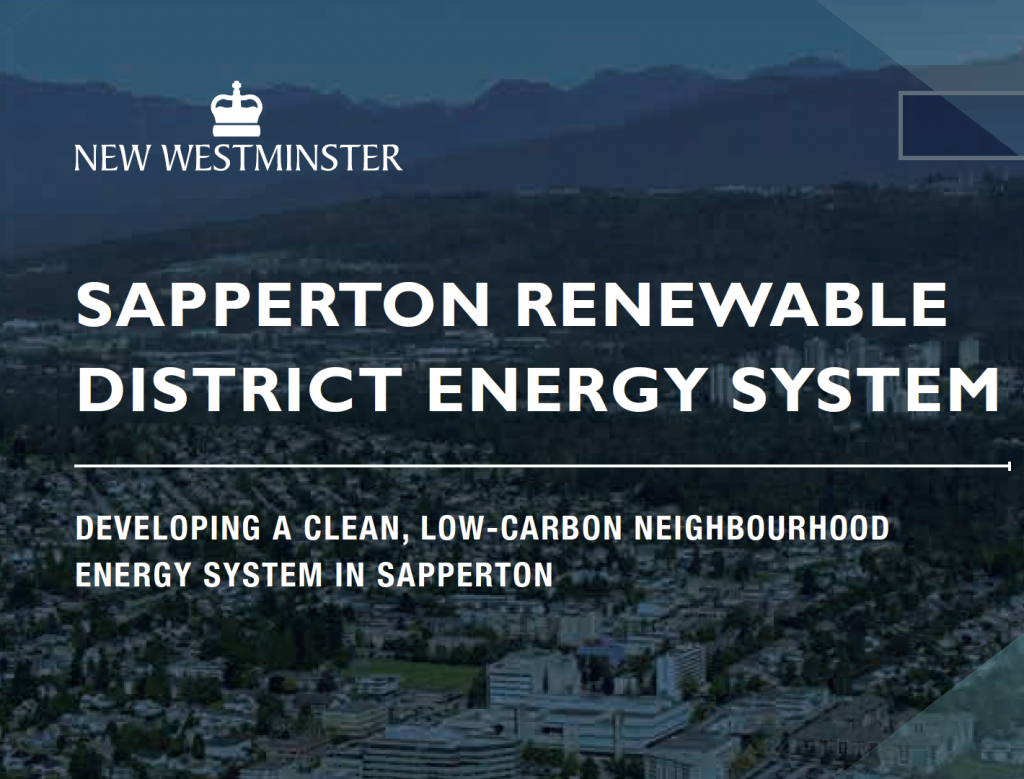 The Sapperton District Energy System, designed to recover heat from the sewer system and channel it through a network of pipes to provide space and water heating for homes and businesses in New Westminster, B.C., is getting closer to reality thanks to a new green collaboration between the City of New Westminster and Metro Vancouver Regional District.

The Sapperton District Energy System is planned to provide affordable, low-carbon energy for new development around the Sapperton and Braid SkyTrain stations and along East Columbia Street, as well as the Royal Columbian Hospital expansion.

A relatively new approach for district heating applications, the first example of a sewage heat recovery system in North America was developed by the City of Vancouver, the Neighbourhood Energy Utility, to serve its Southeast False Creek and False Creek Flats area.

The Sapperton system will reduce carbon dioxide-equivalent greenhouse gas emissions by approximately 8,600 tonnes per year compared to existing, conventional heating sources, and over the course of its lifespan would reduce emissions by over 125,000 tonnes.

Metro Vancouver has committed up to $18 million in funding for the Sapperton District Energy System, and is actively exploring future opportunities to support a number of similar projects around the region.

New Westminster Council recently gave first reading to a new District Energy Bylaw, which will enable implementation of the Sapperton project. Further funding from other orders of government is being sought to allow the project to proceed. The city and Fraser Health are also working to confirm participation of Royal Columbian Hospital as the major user of the new system.