If adopted by City Council, Toronto will be one of only three big cities in North America with a net zero by 2040 target. 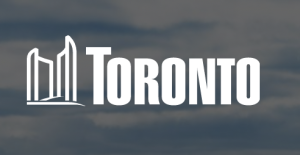 If adopted by City Council, Toronto will be one of only three big cities in North America with a net zero by 2040 target. The report is being studied and could be approved by December 15.

The existing TransformTO Net Zero Strategy provides a roadmap of actions to achieve reductions in GHG emissions from 1990 levels. Council’s approval of the Strategy would trigger new and accelerated implementation actions to drive down emissions, particularly in the short term, and establish the trajectory needed to reach net zero by 2040.

Two of the key areas being looked include:

Toronto is currently on track to achieve its 2020 GHG emissions reduction target of 30% from 1990 levels. Community-wide emissions have decreased by 38% since 1990, despite a significant growth in population.

The primary sources of GHG emissions in Toronto are homes and buildings (57%), mainly from burning natural gas to heat space and water. City programs, policies and strategies already in place to reduce emissions from key sources include: