Overall building permits issued in Canada were down 14.6% in October compared with September which saw the second highest value on record. 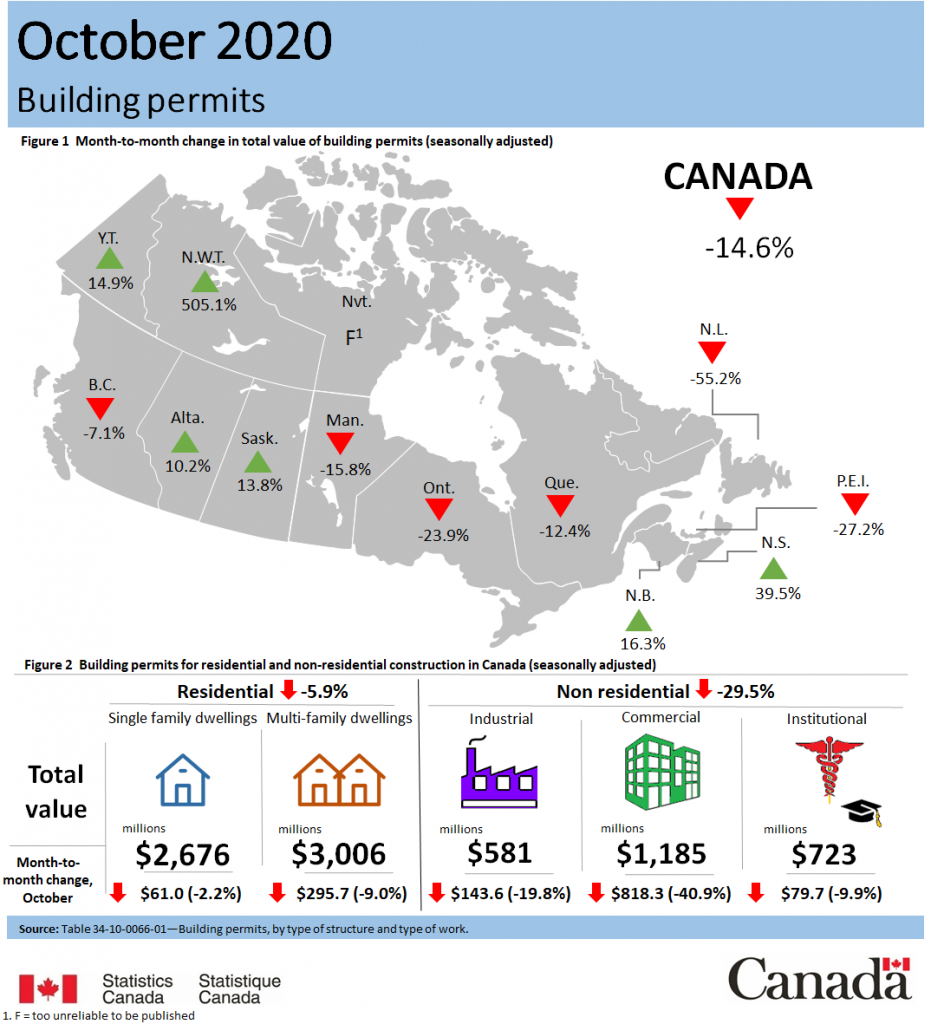 Statistics Canada has reported that municipalities across the country issued building permits worth $8.2 billion in October, down 14.6% from the previous month, where September’s peak was the second highest value on record.

The month of October’s numbers put it more in line with recent months.

The total value of non-residential permits (commercial, industrial and institutional) fell 29.5% to $2.5 billion in October (compared with September). Ontario (-$868 million) was responsible for over four-fifths of the decline.

According to StatsCan, commercial permits set a record decline, falling 40.9% to $1.2 billion in October, the lowest level since November 2011.

The value of commercial permits in Ontario fell by 64.4%, following a record set in September due to the high-value permits issued for Project Python in Ottawa and the Breithaupt Block office buildings in Kitchener. Excluding Ontario, commercial permits for the rest of the country were stable compared with the previous month.

Month over month industrial permits were down 19.8% in October to $582 million, with declines posted in every province.

Following five consecutive monthly gains throughout the pandemic, permits issued for single-family dwellings declined 2.2% to $2.7 billion in October. The largest gain in single family dwellings was in Nova Scotia (+26%) as the city of Halifax cleared up a previous backlog of permits.