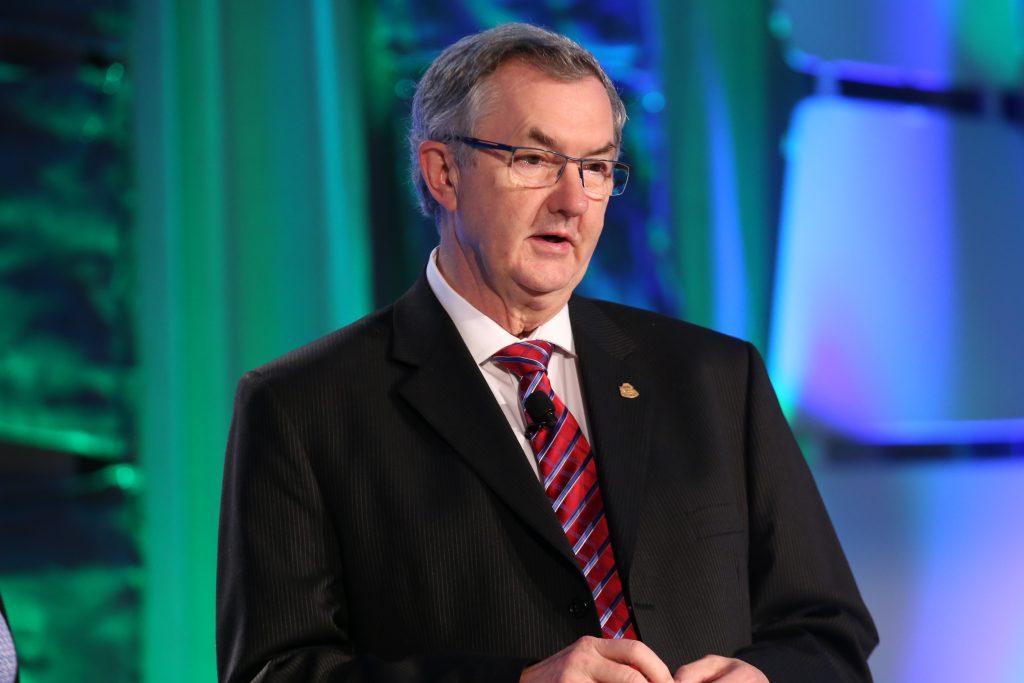 Darryl Boyce giving a speech at the ASHRAE conference in Kansas City.

Boyce is special advisor to the vice-president (Finance and Administration) at Carleton University in Ottawa, ON. He succeeds outgoing president Sheila Hayter.

“People must succeed within the buildings we create,” Boyce said. “ASHRAE is committed to preparing building professionals through learning opportunities, engagement and adopting better practices.”

Saskatchewan-based William Dean, regional site operations manager at the National Research Council of Canada, will serve a one-year term on the board.

More than 1,600 attendees joined ASHRAE at its conference, of which 89 were Canadian. The five-day event included both educational and entertainment opportunities, as well as awards recognizing members.

The society also announced its five-year strategic plan, which sets out its mission, vision and values from 2019 to 2024. It outlines two areas: Built Environment for the Future and the Future of ASHRAE.

The 2020 ASHRAE Winter Conference will be held from February 1 to 5 in Orlando, FL.