Entries from Quebec and Alberta claimed prizes in this year's national photo contest.

As part of an ongoing campaign to raise the level of awareness of potentially dangerous cross connections in our potable water systems and to educate water industry representatives in the field, the Western Canada Section of the American Water Works Association (WCS AWWA) has released the winning entries of its 2020 National Bad and Ugly Cross Connection Control photo contest.

This is sixth year the Western Canada Section’s Cross Connection Control committee has held its national photo contest, once again attracting photos from across the country. Two winning entries were selected this year, one in the inspector category and one in the backflow tester category, with this year’s winners coming from Québec and Alberta.

This year’s winner in the inspector category was Jean Lalanne, a cross connection control inspector for the Régie du bâtiment du Québec, which is the building board in Québec. 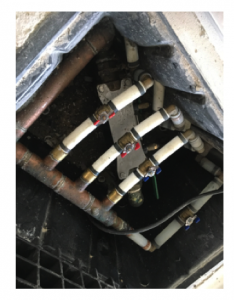 Lalanne’s photo was from a new three-story 12-unit building, where the owner and the general contractor didn’t want the water main situated within one of the dwellings.

Faced with those restrictions, the plumber decided to conceal the main water stop valve, the premise isolation double check valve assembly (DCVA) backflow, and the four risers stop valves in the same pit with no drainage, in a hallway, under the stairway (see image, right).

Because all those devices were installed in sequence of the construction, the result was that the risers stop valves block the access of the DCVA and the water main stop valve, and the DCVA was tilted sideways to have more room for the risers valves. 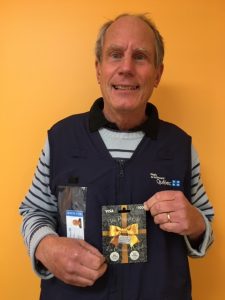 For his bad and ugly photo, Lalanne received a gift certificate from the backflow manufacture representatives on the WCSAWWA CCC Committee, and in return Lalanne decided to give back the amount to United Way for the diabetes foundation.

The winning entry in the tester category was received from Shayne Makin, a plumber with DMT Mechanical in Lethbridge, Alberta. 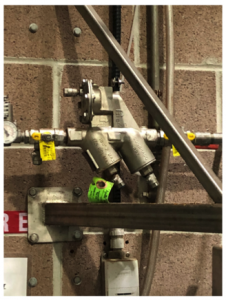 Makin’s photo came from a building where he was testing backflow preventers and noticed that the relief port (RP) was installed upside down on one (see image, right).

The client was notified that the backflow preventer was installed wrong and that resulted in an automatic fail. A new backflow was installed and the issue was corrected. 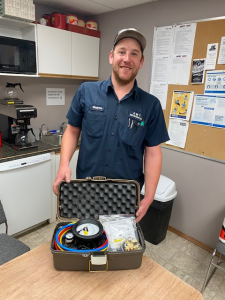 The WCS AWWA CCC committee appreciates all the testers and inspectors who submitted bad and ugly photos for the 2020 contest, and the committee also thanks the backflow manufacturers Conbraco, Watts and Zurn for providing the contest prizes.

For those interested in participating in the 2021 “Bad and Ugly Cross Connection Control” contest see the links below.