This collaboration of governments, businesses and institutions has committed to work together to help drive an annual 3% improvement in global energy efficiency. 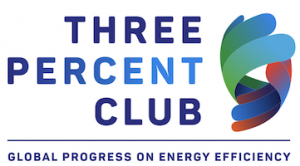 Canada’s Minister of Natural Resources, Seamus O’Regan, has announced that Canada is joining the Three Percent Club, and by joining the Club the country commits to working collaboratively with international partners, including 15 other countries, to increase energy efficiency, accelerate the clean energy transition and help meet climate change goals.

This collaboration of governments, businesses and institutions, spearheaded by the International Energy Agency (IEA), has committed to work together to help drive an annual three percent improvement in global energy efficiency.

For Canada, progress has already been made, including measures outlined in the Pan-Canadian Framework on Clean Growth and Climate Change and by the government’s 2019 investment in new energy efficiency programs through the Green Municipal Fund. Official membership in the Three Percent Club also aligns with the Generation Energy Council’s recommendations, which advised that Canada take steps to achieve greater annual energy improvements by 2030.

“Improvements in energy efficiency will account for 40% of the emissions reductions that Canada and its international partners committed to in Paris,” said O’Regan in a media release. “In joining the Three Percent Club, Canada is committing to a three percent improvement in energy efficiency every year and helping Canadians fight climate change in tangible, accessible ways where they live, work and play.”

Experts from Efficiency Canada state that currently, Canada’s economy-wide energy intensity has improved at an annual rate of one percent from 1990-2016, meaning Canada must triple its energy efficiency efforts in order to reach this new goal.