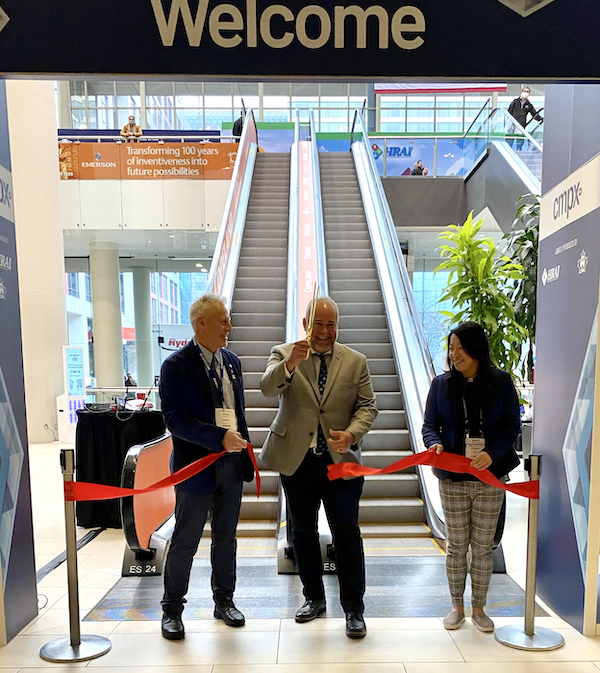 It’s been four years since the last Canadian Mechanical & Plumbing Exposition (CMPX) trade show, and on Wednesday, March 23rd the doors were opened for the return of the biennial event that will bring the industry together for three days (March 23, 24 & 25) at the Metro Toronto Convention Centre, North Building.

On hand for the official ribbon cutting ceremony to open CMPX 2022 was Todd Smith, Ontario’s Minister of Energy and MPP for the Bay of Quinte, along with Dennis Kozina, show chairman (Emerson) and Joanna Woo show vice chair (EMCO Corp.).

“It is an honour to have Minister Smith join us at the show’s opening,” said Martin Luymes, vice president of government & stakeholder relations for the Heating, Refrigeration & Air Conditioning Institute (HRAI). “We look forward to being able to connect in person as an industry again and show appreciation for the support the Ontario Government has given our growing industry.”

The national trade associations, HRAI and the Canadian Institute of Plumbing and Heating (CIPH), have partnered since 1972 to produce CMPX.