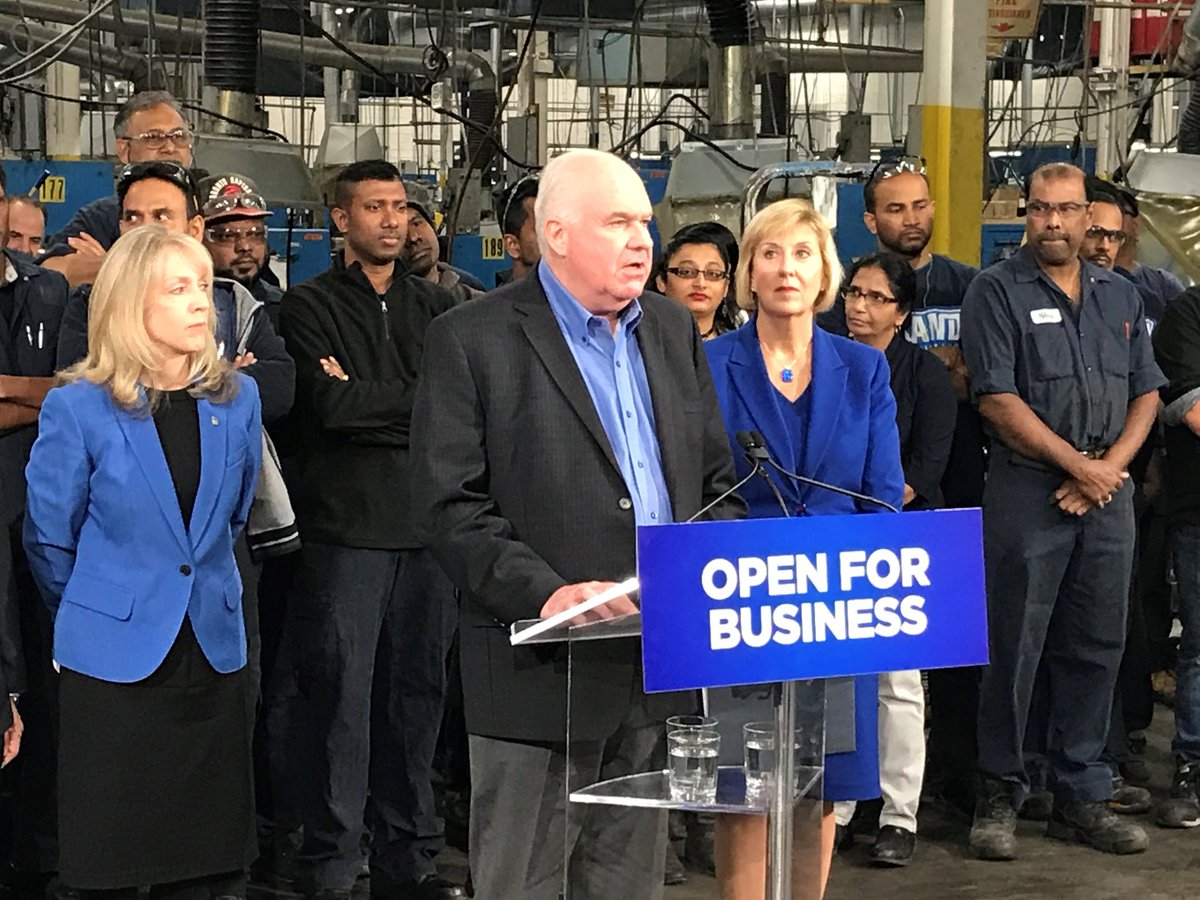 The provincial government will “wind down” the Ontario College of Trades (OCOT) as part of a bill to reform labour laws put in place by the former Liberal government.

If passed, the Making Ontario Open for Business Act–or Bill 47, tabled October 23–would repeal amendments in Bill 148, introduced by Kathleen Wynne’s government in 2017.

Amendments include freezing minimum wage at $14, repealing pay equity for part-time, temporary or casual workers, and axing a provision that allows for 10 days of personal emergency leave.

We’re fixing Ontario’s apprenticeship and skilled trade system so more young people can find opportunities right here in Ontario. Our position is clear: if you are prepared to do the work, then you deserve a shot at the job. #OpenForBusiness #onpoli pic.twitter.com/lTYc5uEOCr

A series of changes under the act specifically aimed at “modernizing” Ontario’s apprenticeship system will see an overhaul of current rules and regulations in the skilled trades.

“The current regulatory burdens placed on employers and apprentices create barriers to apprenticeship, making it difficult for Ontario to keep up in training the skilled tradespeople that will be demanded by the economy,” the provincial government stated in a release.

The College of Trades, which the province linked to “persistent challenges” in the regulation of skilled trades, fees, and rules for apprentices, journeypersons and employers, will be replaced under the act.

Other changes include setting all journeyperson to apprentice ratios at one to one and implementing a moratorium on trade classifications and reclassifications.

If passed, the Minister of Labour would be granted special powers, including the authority to take control of the College’s board of governors. The province stated it plans to “support an orderly transition and ensure continuity of services to employers, workers and apprentices.”

Ralph Suppa, president and general manager of the Canadian Institute of Plumbing and Heating, said in a statement that the organization expects the College will wind down in a “professional and effective manner.”

“Our engagement with this organization has always been with an eye towards creating win-win solutions for the markets we serve and we will gladly engage with government more directly in its absence,” Suppa said.

“Our members make, distribute and sell billions of dollars of plumbing and heating equipment on an annual basis, any changes that help them get their products to market more efficiently are welcome and are in tune with current efforts to reduce trade barriers in our very competitive business climate.”

The province intends to develop a replacement model for the regulation of the skilled trades and apprenticeship system by early 2019. David Weishuhn, chair of the Heating, Refrigeration and Air Conditioning Institute (HRAI), is “urging” the Ford government to involve the association in those plans.

“While the Conservative government is unlikely to create a burdensome replacement to OCOT, HRAI can ensure that any new system works for the HVAC industry,” Weishuhn said.

“While the formation of the Ontario College of Trades (OCOT) was initially not well received by most members of our industry, over the past several years, HRAI and its members have had some success influencing the policies and direction of the College. The main concern now is what will replace it?”

Weishuhn said the association is “generally pleased” with the proposed changes to Bill 148, which it expects will help small HVAC businesses “respond to the often-changing workloads that can be experienced.”

Though, he added that the moratorium on trade classifications and reclassifications could affect work underway to develop a Hydronic Heating designation that allowed qualified technicians to work on radiant floor installations.

The Provincial Building and Construction Trades Council of Ontario, however, stated in a release that the decision to wind down OCOT is “very concerning.”

“One of the original intents of the College was to professionalize the trades and remove government involvement in the regulation and administration of the trades in much the same way that teachers, lawyers, doctors, nurses and others have in their own regulatory bodies,” said Patrick Dillon, business manager of the council.

“Premier Doug Ford has an opportunity to get it right by removing government interference and keeping his pledge of less government involvement in industry affairs and streamlining the way in which trades are regulated.”

The council also raised concerns over a “one-size-fits-all” approach to apprenticeship ratios.

“Each trade is unique and having the appropriate apprenticeship ratio ensures that apprentices get the right training to qualify as journeypersons,” said Jim Hogarth, president of the council. “When industry comes together to determine the appropriate ratio, everyone benefits, including workers, contractors, owner-clients and the public.” www.ontario.ca
Advertisement
Print this page